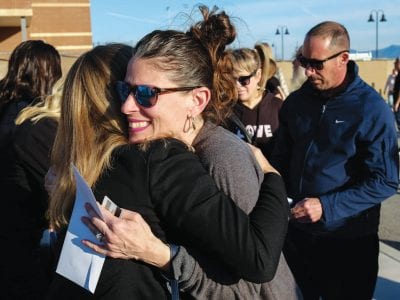 California Strong, a nonprofit organization in partnership with the Southeast Ventura County YMCA, distributed its first round of grant money to victims of last year’s fires and the Borderline shooting. Over 150 applicants in Southern California received individual grants from California Strong on Feb. 8. Another check disbursement will take place in Northern California. More than $1 million has been […]

The Society of Mayflower Descendants, Rancho Conejo Colony, will meet on Sat., Feb. 23 in the Los Robles Greens east ballroom, 299 S. Moorpark Road, Thousand Oaks. Members, prospective members and friends are invited. Social time will take place at 10:30 a.m., the meeting at 11 a.m., and then lunch, which will include a choice of grilled tri-tip or blackened […] 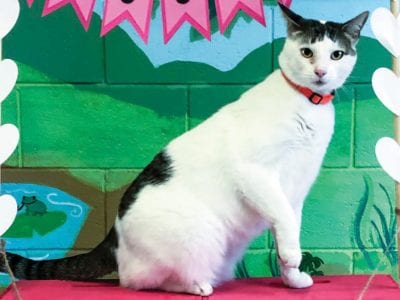 BE MY VALENTINE— Reggi is looking to meet her soul mate. She’s an easy going gal that digs other cats, playing with toys but her fave is humans. Meet Reggi, ID No. 54925197 at the Agoura Hills Animal Care Center, 29525 Agoura Road. Occasionally pets have already been adopted, so check Los Angeles County Animal Care & Control before visiting […] 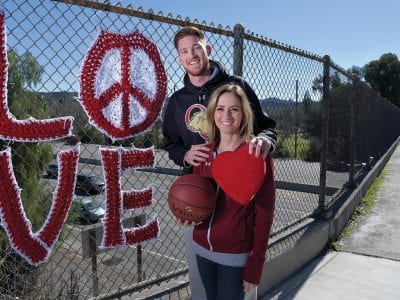 Love’s in the air

There’s no game plan for the unpredictability of love. Defensive shift can’t put anyone in the right place to snare Cupid’s arrows. No trick play makes it easier to gather up the courage to ask out that special someone. Taking a knee won’t make butterflies stop flapping wildly before popping the big question. Only by chance does a coach find […] 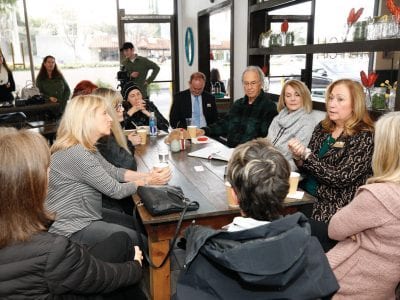 Agoura Hills Mayor Linda Northrup is sticking to her campaign promise to improve communication between the city, residents and business community by hosting her first monthly @the Mayor’s Table conversation. Northrup, elected to the City Council in 2015 and appointed mayor last December, joined members of the community at Hatch Cafe and Market in Agoura Hills on Feb. 12 to […] 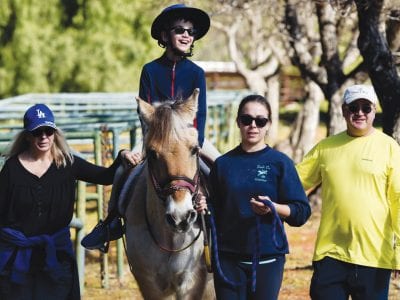 Right on for Ride On’s Trailfest 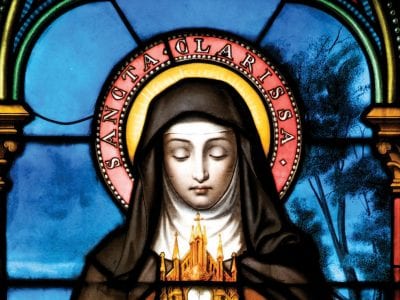 Praying along with St. Clare of Assisi

“For many of us, prayer is our lifeboat, but we still find ourselves treading water from time to time,” says Jon M. Sweeney in “The St. Clare Prayer Book: Listening for God’s Leading.” St. Clare of Assisi is often overlooked in favor of her more colorful contemporary, St. Francis of Assisi, who traveled and preached across Europe in the 13th […] 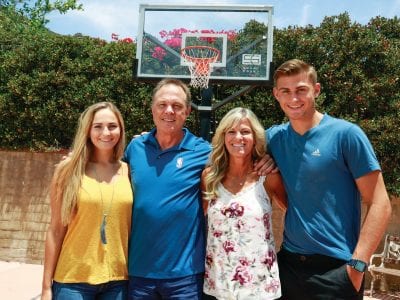 Bill Spooner, an Oak Park resident, has been an NBA ref for 30 seasons

Bill Spooner remembers his first day in the NBA like it was yesterday, or as he calls it, a hundred years ago. Naturally, he can’t recall every detail. “The first quarter, I didn’t even know where I was,” Spooner said. The referee was working the season opener between the Los Angeles Lakers and the Dallas Mavericks on Nov. 3, 1989. […] 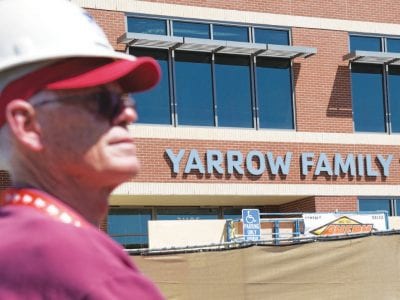 The Yarrow Family YMCA in Westlake Village intends to open this spring, but the organization says it is still $475,000 away from reaching its $12-million fundraising goal needed to complete the construction of the 60,000-square-foot building at 31105 Thousand Oaks Blvd. “We’re so close,” says Ronnie Stone, Southeast Ventura County YMCA’s CEO. “We’re hoping donors, large and small, will generously […] 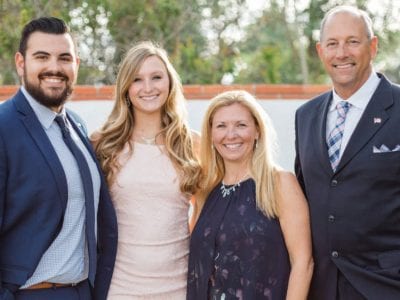 Hometown hero many things to many people