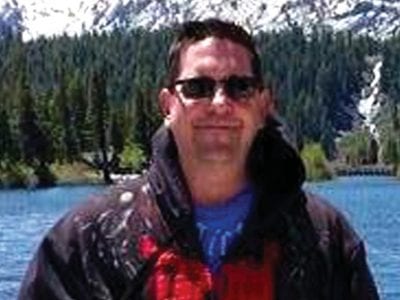 Borderline hero Sgt. Ron Helus was killed by friendly fire, the Ventura County Sheriff’s Office said last week at a press conference in Thousand Oaks. In the heat of a gun battle with shooter Ian Long, Helus was struck by a single bullet fired from a California Highway Patrol officer’s rifle that pierced his vest and hit his heart, ultimately […] 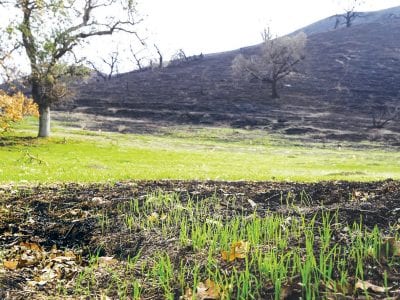 After a wildfire, hope doesn’t spring. It sprouts. Three weeks have passed since the most destructive fire in the modern history of the Santa Monica Mountains and already new plants are sprouting from the charred earth following three successive rainstorms. As tiny shoots poke through the blackened ground, authorities are estimating the damage to national park property due to the […]

The joy of Christmas prevails over hardships

In Jerry Herman’s musical “Mame,” the title character sings to her family and household staff, “Put up the tree before my spirit falls again . . . We need a little Christmas now.” Mame Dennis has just lost her wealth in the stock market crash, yet she strives to stay happy even in the face of poverty. The calamities of […] 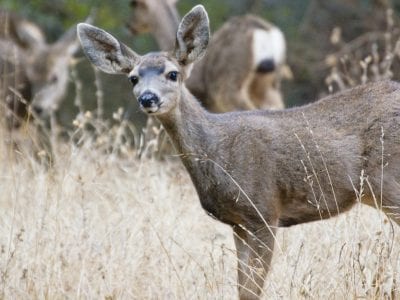 Survival of the fittest put to the test

For wildlife in the Las Virgenes and Conejo valleys, the onslaught of flames early last month brought many hardships. The typically timid mule deer of the Santa Monica Mountains— often the prey of solitary cougars and sometimes coyote packs—appears now to be more vulnerable than ever. There is little place to hide in a landscape stripped of massive oaks and […]

Officials say the wildfires that ravaged Northern and Southern California came partly as a result of the record hot and dry summer of 2018. The drought was a likely culprit, and it persists. Calabasas has taken steps to address the lack of water by installing so-called smart irrigation systems that sense when there is moisture in the air and shuts […] 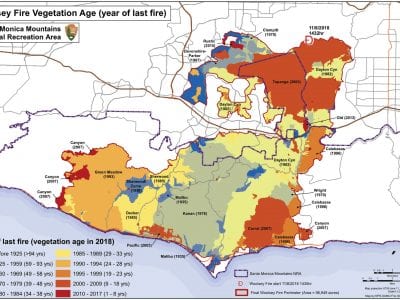 Date of fire will determine which plants return

BURN STATS—Map above shows the many layers of fire over the years in National Park Service areas.

Bethlehem in Westlake Village The Bethlehem Experience has been a unique way to celebrate Christmas in the Conejo Valley for over 20 years. The event will run from 5 to 9 p.m. Fri. and Sat., Dec. 14 and 15 at Westminster Presbyterian Church, 32111 Watergate Road, Westlake Village. The drive-through reenactment features church members depicting the town of Bethlehem at […] 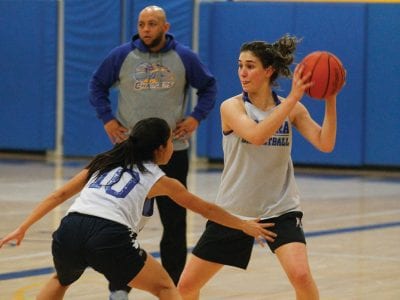 No matter her hair color, Agoura’s Tyler Humphries is a star for the Chargers

Many basketball legends have their own unique hairstyle. Sue Bird rocks the ponytail. Allen Iverson executed killer crossovers in cornrows. Michael Jordan alleviated drag while levitating through the Milky Way with a bald dome. Tyler Humphries has blue hair. Humphries, a 6-foot-1 sophomore forward with the Agoura High girls’ basketball team, ignited her own personal hair revolution in fifth grade […]

Closure for lanes on the 101

The California Department of Transportation has begun repairs along the northbound 101 Freeway due to damage caused by the Woolsey fire in Calabasas and Agoura Hills. The two right lanes and shoulder of northbound US- 101 from Parkway Calabasas Road to Liberty Canyon Road, and northbound Las Virgenes Canyon Road on and off ramps will be closed from 7 p.m. […] 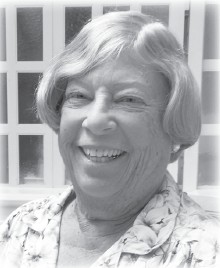 Patricia Jean Burnett died on December 2 at her home in Livermore. Patricia was born in Los Angeles on September 16, 1939, where she was raised and attended primary school. Her family moved to Carpinteria where she attended junior and high school after which she attended UC Santa Barbara, earning a bachelor’s degree in Elementary Education. During that time she […]