How we should measure success

Our president is unique in many ways, most of which are unflattering. However, he has one very frightening similarity with many of the other world leaders: a hyper-emphasis on besting his counterparts. This trait has created a global culture where success is measured not by whether we are being the best humans we can be, but rather whether we are […] 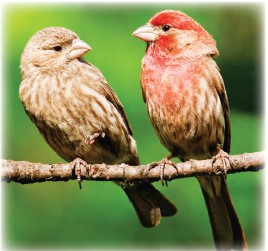 Things are ‘looking up’ with Mother Nature

My car has an odometer and a speedometer; I have a “marvelometer.” This device records wonder-inducing sightings and happenings in the natural world. My “marvelometer” went on the fritz temporarily, rendering my surroundings sterile and stagnant. There was only one way to reverse my perception of “blah” and that was to ask myself, “What would Dory do?” Dory is the […]

For the second year, Lit Live Theater Company will stage the drama “The Diary of Anne Frank” for eighth-grade students Tues. and Wed., April 17 and 18 at Valley View Middle School in Simi Valley. The script is based on the true story of Anne Frank and her family during the Nazi occupation of Austria in World War II. The […] 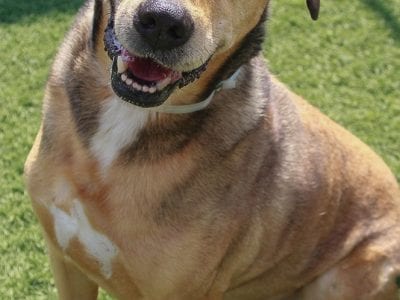 SMART BOY—Tyler is an male brown smooth coated collie mix about 12 years old. He is a smart boy that walks well on a leash. He gets along well with big and small dogs. If you would like to adopt Tyler ask for ID No. A3503066 at the Agoura Hills Animal Shelter, 29525 Agoura Road. Occasionally pets have already been […] 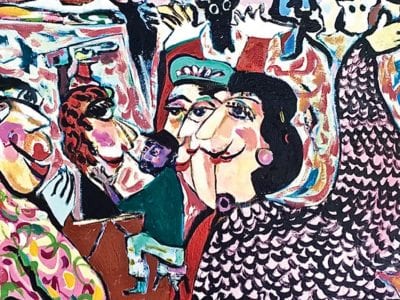 When most 6-year-olds were scribbling in their coloring books, Steve Stein was displaying his paintings at the Chicago Art Institute. That was back in 1941, and Stein, now a Westlake Village resident, is still going strong as an artist. He’s showing off his latest creations in a pop-up show called “Pop of Spring” from 10 a.m. to 4 p.m. Sun. […] 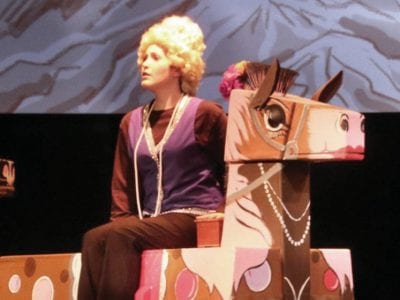 “Candide,” described as a “musical operetta,” has had a long and checkered history since its first Broadway production, which survived only 73 performances in 1956. The musical adaptation of Voltaire’s novella was designed to modernize the author’s satire of the Catholic Church’s religious purges during the Inquisition by taking on the anti-communist hysteria and mindless optimism of the Eisenhower era […] 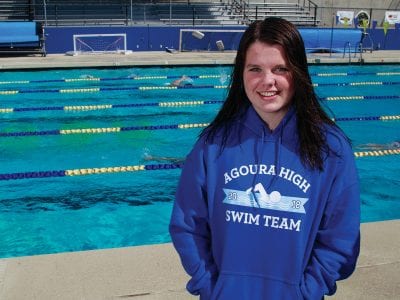 An Agoura High girls’ swim record stood for nearly 40 years. It didn’t have a chance to stand once 15-year-old freshman Ellie Shorten arrived on campus. Two months into her prep career, Shorten swam the 200-yard freestyle race in 1 minute, 53.20 seconds at the Ventura County Swimming Championships on March 22 at Buena to break the school record of […] 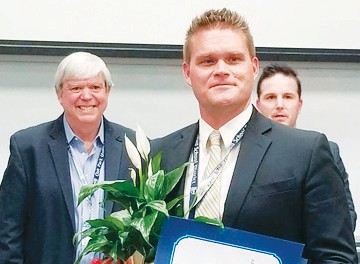 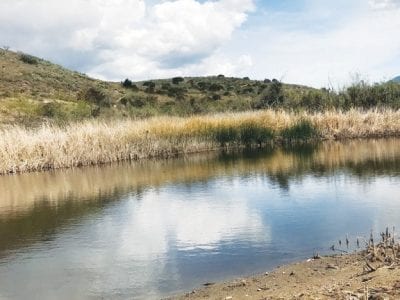 In landlocked Conejo Valley, it’s easy to forget the Pacific Ocean lies just on the other side of the Santa Monica Mountains. The Vista del Mar Trail in Dos Vientos is the perfect reminder that the coastline is just a mountain range away. Starting at the trailhead on Rancho Dos Vientos across from Via El Cerro, follow the path for […]