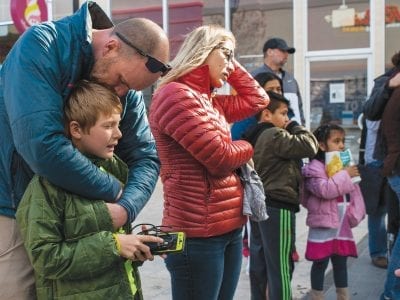 Oaks mall couple had troubled past

The gun Kevin Crane used last Saturday to kill his ex-wife and the mother of his two children at The Oaks mall had been ordered to be destroyed three years earlier following a domestic violence arrest, the Ventura County Sheriff’s Office said in a March 21 statement. But the 2014 order from a Ventura County judge wasn’t received by staff […] 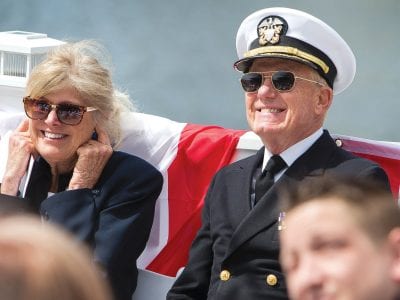 READY TO LAUNCH—March 18 is the 50th opening day of the new season at the Westlake Yacht Club. Robin Baker, left, and guest of honor Capt. Charlie Plumb listen as the ceremonial canon is sounded. Plumb was a Navy fighter pilot who was shot down over North Vietnam and spent 2,103 days in an 8-by-8-foot prisoner-of-war cell. He continues to […] 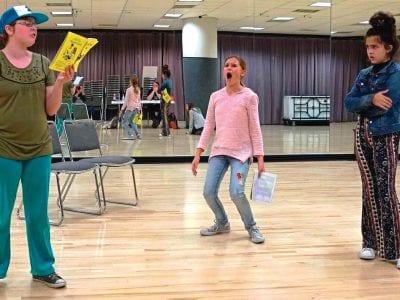 “Carol Brady was never this mean!” cries Cinderella about her wicked stepmother. This is just one of the lines in “If the Shoe Fits,” Hillcrest Players’ irreverent retelling of the Cinderella fairy tale that had baby boomers laughing along with their kids last week at the Hillcrest Center for the Arts in Thousand Oaks. The show plays twice more this […] 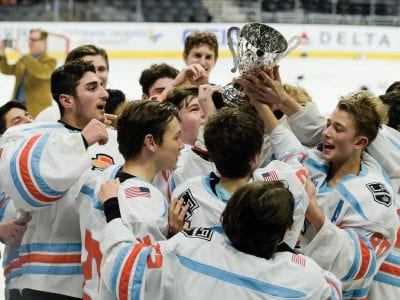 They didn’t win the Stanley Cup, but don’t tell these guys. The East County Outlaws are the kings of the Los Angeles Kings High School Hockey League. The Outlaws (15-3 overall) reigned supreme in the league championship game on March 17 at Staples Center, defeating the Kern County Knights 1-0 for the Outlaws’ first Jim Fox Cup. It was time […] 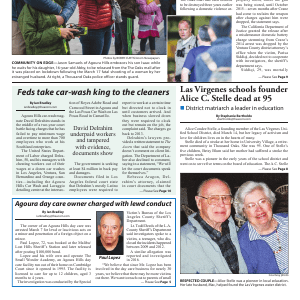 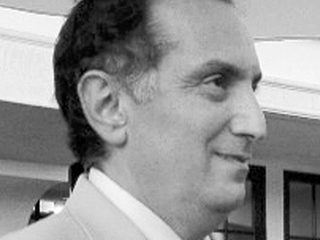 Agoura Hills car-wash magnate David Delrahim stands in the middle of a two-year court battle facing charges that he has failed to pay minimum wage and overtime to more than 700 employees who work at his Southland enterprises. The United States Department of Labor charged Delrahim, 58, and his managers with cheating workers out of their wages at a dozen […] 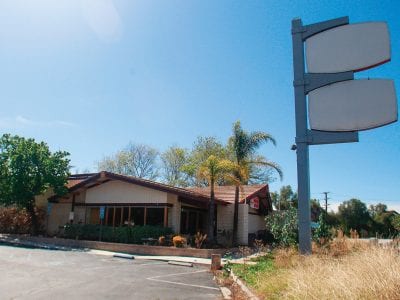 Longtime Calabasas residents and commuters on the 101 Freeway headed south are probably familiar with the Coco’s Bakery that sat next to the highway for many years. It was a fixture in the community until it closed in 2015. The pole sign that once carried the company name is now blank, waiting for a new tenant. Calabasas resident Bishan Seneviratne […] 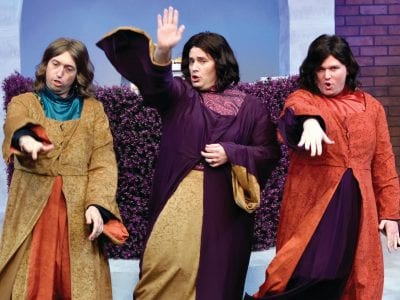 Satirical light opera is no drag

In Victorian England, a prince named Hilarion and two witty courtiers scale a castle wall, don women’s robes and speak in falsetto voices in order to infiltrate an all-female university. An old Monty Python gag? No, this is a scene from “Princess Ida,” Gilbert and Sullivan’s farcical light opera which debuted in 1884. Like most G&S plays, “Ida,” currently being […] 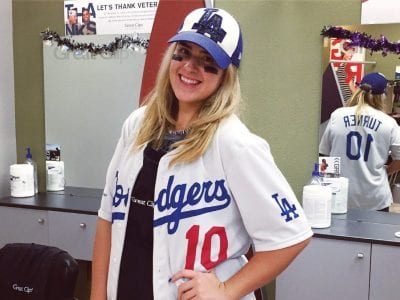 ‘Dodger Girl’ is always there for her team

It’s difficult to imagine a Los Angeles Dodgers fan attending every home opener . . . and sleeping through one. That’s Felicity Neher’s story. Don’t blame her—she was only 2 months and 22 days old at her first Dodger game. Felicity rested comfortably on her mother Cheryl’s lap throughout Hideo Nomo’s three-hit gem, a 1-0 Los Angeles victory against the […] 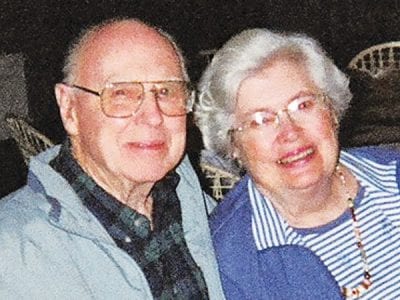 District matriarch a leader in education

Alice Condee Stelle, a founding member of the Las Virgenes Unified School District, died March 14, but her legacy of activism and love for children lives on in the hearts of many. Stelle died of a stroke at her home in University Village, a retirement community in Thousand Oaks. She was 95. One of Stelle’s five children, Betsy Blum said […]