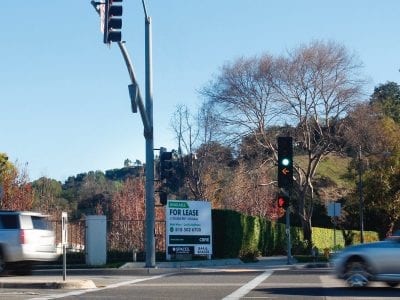 Illumination too bright, they say

Members of the Westridge Homeowners Association spoke at the Jan. 11 Calabasas Planning Commission in opposition of a 100-square-foot illuminated sign at Park Granada and Parkway Calabasas. The sign is for an office building at 4500 Park Granada, which will be the new headquarters of COTY Cosmetics. The property owners intend to rent other offices in the building to other […] 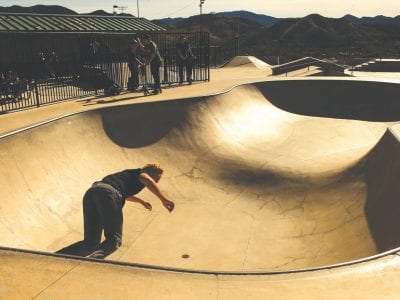 PLAY TIME—Kids, families and officials gather Jan. 21 at the grand opening of the $26-million Westlake Village Community Park. Above, a boy tries out the new skate park. Left, 9-year-old Caden Atkinson of Westlake Village tosses a football on one of the artificial turf fields that occupy the 18- acre hilltop site at the northeast corner of Lindero Canyon Road […] 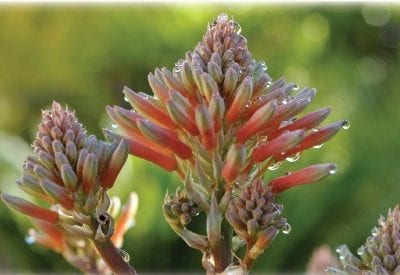 For the first time in 45 years the Westlake Village Garden Club will not host its annual tour of local gardens. Garden club co-president Kathy Gilbert said the tour was canceled because the club couldn’t get enough houses to participate. “It was very painful for us to come to the decision not to have a tour, but we just really […]

Don’t wait to learn how to give CPR

I’m embarrassed to admit it, but I really didn’t want to learn CPR. I always thought there would be someone more knowledgeable around if the need ever arose, and if I learned it I might be obliged to resuscitate someone. I was disabused of that belief several years ago when I was attending a CPR and first-aid training session for […] 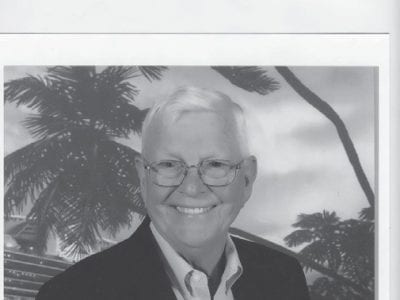 Colonel William Glen “Doc” Doody M.D., 86, passed away on Thursday, January 18, 2018, after suffering a stroke in late November. Bill was born on August 4, 1931, in Waynesburg, PA, the youngest of four boys (Joe, Richard, Robert and William) born to Joseph and Mayme Shock Doody. Bill entered the U.S. Airforce Cadet Program and received his commission and […]

High rollers and big winners at this table

As a screenwriter, Aaron Sorkin has a distinctive style. He wrote “The West Wing” and four other long-running TV series as well as seven movies, including “A Few Good Men.” If you know any of that work, you know he writes smart, satisfying and enjoyable screenplays about people who are intelligent, articulate, hyperactive and very good at what they do. […] 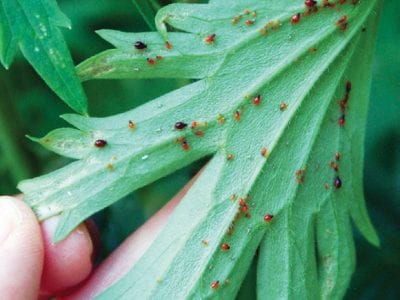 Pests that can ‘bug’ your indoor plants

By Melinda Myers
Special to The Acorn

Winter can be hard on gardeners and our indoor plants. Low light, shorter days and dry air stress our houseplants while helping insects thrive. Don’t despair if insects have moved in and your plants are struggling with yellow or speckled leaves. Instead, invest a bit of time and effort managing these pests to keep your plants looking their best. Start […] 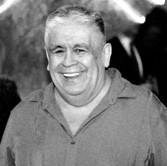 George R. Albitre, 78 years old of Agoura Hills, California, passed away on Dec 29, 2017 at home. He was born in Los Angeles to Thomas B. Albitre and Margaret E. Romero (both deceased). He was one of five children. His siblings are Thomas Jr Albitre (Angie), Dorothy Krick (Chuck), David Albitre (deceased) and Anthony Albitre(Susan). He served in the […] 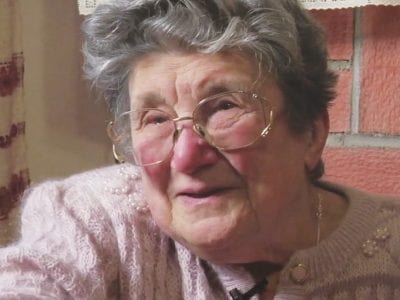 Film is about theft of ‘Mona Lisa’

The enigmatic smile captured in the “Mona Lisa,” Leonardo da Vinci’s iconic 16th-century painting, has often been called “elusive,” but there was a time the term could have described the painting itself. In 1911, the “Mona Lisa” went missing for nearly 2½ years. Now, more than 100 years later, Westlake Village residents Joe and Justine Medeiros share the results of […] 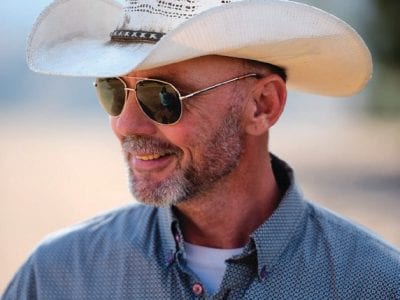 Brian Laughlin still remembers the thick smoke and heat from the flames assaulting his face as he stepped out of his truck. But the burning sensation didn’t faze him because his focus was singular: to rescue horses left behind in the panic of the Creek fire that raged through Los Angeles County in December. “The first horse we pulled out […]