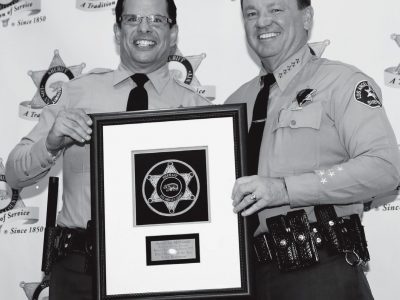 Patrolling the streets of East Los Angeles alone at night is a risky job that requires skill and caution. For Todd Bernstein, a reserve deputy with the Los Angeles Sheriff’s Department, protecting the public and arresting wrongdoers is also a calling that brings many rewards. “I do it because for the last 35 years I’ve been running my business that […] 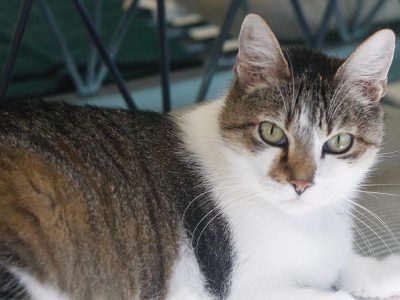 
HEY BUDDY—Gus is a male gray and tan domestic shorthair cat about 6 years old. He is an indoor cat that gets along with other cats. If you would like to adopt Gus ask for ID No. A4897094 at the Agoura Hills Animal Shelter, 29525 Agoura Road. Occasionally pets have already been adopted, so check http://animalcare.lacounty.gov before visiting the shelter. 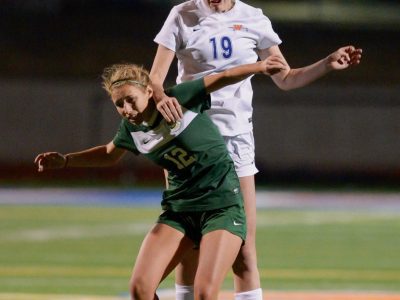 Oaks Christian, Westlake girls’ teams expect to challenge each other for league supremacy

The Lions and Warriors thrive on the soccer field. Westlake and Oaks Christian high schools tormented their respective leagues and divisions. Despite being located less than a mile away from each other, a rivalry never existed between the girls’ soccer juggernauts. A league shakeup before the 2014-15 season placed the teams together in the Marmonte League and guaranteed two yearly […] 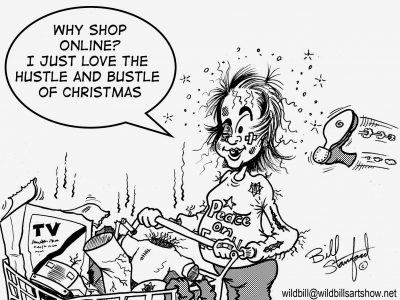 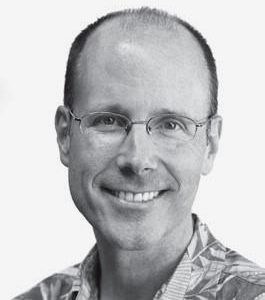 Looking for a holiday gift for the traveler in your life? You have a vast list of possibilities from which to choose, everything from big-ticket presents like vacation trips to stocking-stuffer items like luggage tags. Last year at this time I shared a number of possibilities to consider, including travel clothing, suitcases, travel pillows and money belts. This season I […] 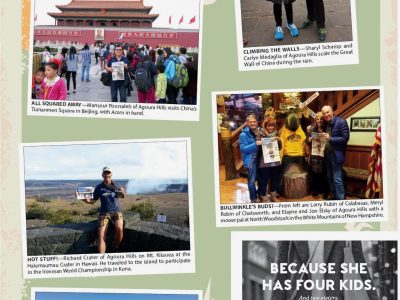 Take your Acorn on vacation


Calabasas High, A.C. Stelle Middle and Chaparral Elementary schools were placed on lockdown early Wednesday morning after a vehicle reportedly fled the scene of a hit-and-run accident at the middle school campus. One man was arrested at the scene of the accident, but two other people fled, Lt. Christina Baker of the Lost Hills Sheriff’s Station said. The Las Virgenes […]

Let’s figure out how to save the storm water

Earlier this fall, heavy rains pounded the Los Angeles region. Water poured onto our streets and sidewalks, raced through gutters and drains, and vanished into the Pacific Ocean. Result: another lost opportunity for Los Angeles County. During that September storm, Los Angeles County saw more than 2.5 inches of rain—10 times the amount we usually get at this time of […] 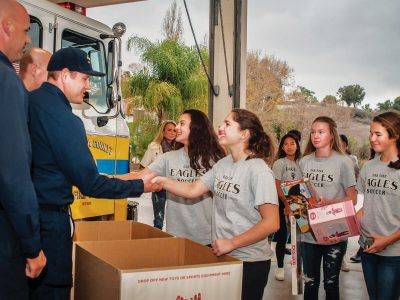 
TOY-DRIVE DONATIONS— Firefighter Jonathan Tolle of Moorpark meets Sarah Glassman, 15, of the Oak Park Eagles girls’ soccer team along with Maysen Pagan, 13, left, and other team members. The girls donated to the Spark of Love toy drive Dec. 10 at the Ventura County Fire Department Station 36 in Oak Park. Below is the team Station 36 engineer, Clint […] 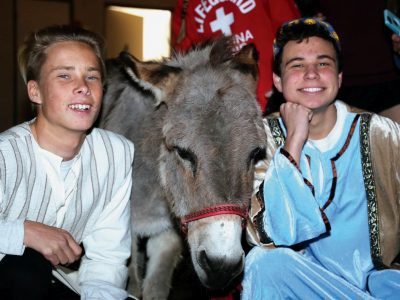 Dinner is served at Bethlehem Inn


Monte Vista Presbyterian Church hosted a Christmas Dinner Theater, In Bethlehem Inn, on Dec. 12 and 13. The cast, consisting of both high school and middle school youth groups, had been rehearsing for the past six weeks under the direction of Carol Benson. The parents and church members of Monte Vista provided the food. Guests included the women and children […]