The 17th annual Pooch Parade Dog Walk and Pet Expo will be from 9 a.m. to 4 p.m. Sun., July 20 at San Buenaventura State Beach Park, 901 San Pedro St., Ventura. The theme this year is “Celebration of Progress. . . . Look how far Ventura County has come!” The Pooch Parade draws around 2,000 people and their pets […]


I read with dismay about the plans to remove many pine trees that are in the parkway on the south side of Triunfo Canyon Road. The only stated justification is that these trees are starting to impact the view of the lake for a handful of residents. This is insufficient reason to remove healthy, mature trees, and these few homeowners […] 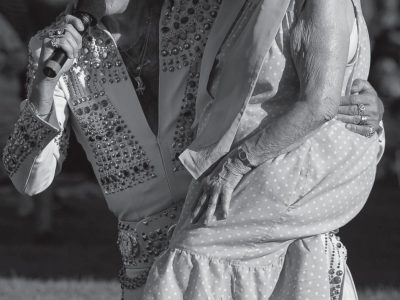 
CAN’T HELP FALLING IN LOVE—An Elvis sighting is reported at Chumash Park as impersonator Raymond Michael entertains the crowd with his singing and antics during the city’s Concert in the Park on July 6. Above, he serenades Pat Schwandt of Agoura Hills. The next event in the concert series will feature the Conejo Valley Community Concert and Jazz Band on […] 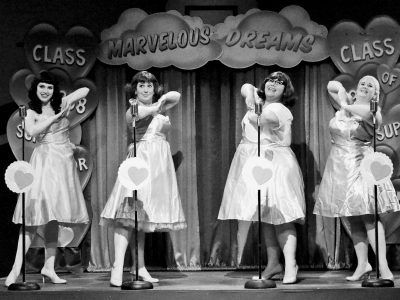 “ The Marvelous Wonderettes” has only been around since 1999, but it seems like longer than that. After making its debut in Milwaukee, it piddled around the country until 2008, when it finally reached Off-Broadway’s Westside Theatre, where it ran for over a year. Since then, it has become as ingrained in regional and community theater as its cousin, “Forever […]