Recently, Mrs. Dorothy Campagna wrote a letter stating that we need, as a nation, to get back to our roots and be the country and people we once were. Really? Does she really want slavery to be reinstalled? Does she really want to prevent Jews and Catholics from voting and holding office? Does she want to intern a group of […] 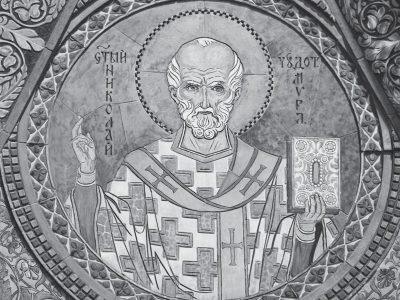 St. Nicholas thrown in jail for his temper

Although St. Nicholas—the patron saint of ships, children and wrongly condemned prisoners— is generally thought of as the jolly man in the red suit who brings children presents on Christmas Eve, he may actually have had a bit of a temper. It was a temper that got him into trouble nearly 1,700 years ago. To be fair, most theologians recognize […] 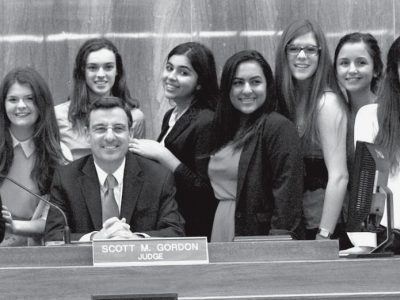 
The Acorn incorrectly reported last week that the owners of Padri Restaurant in Agoura Hills will be opening a new Mexican restaurant to take the place of Latigo Kid at the Whizin Market Square. Latigo Kid is moving from the Whizin center on Roadside Drive to the Agoura Meadows Shopping Center on Kanan Road, and while sources indicate a new […]

A few years back I was sorely experiencing a Grinchjinxed holiday. It began with the weather: gloomy days of sopping rain, so unlike those Currier and Ives prints of snowdraped roofs and a chimney puffing blue-tinted smoke into a star-bejeweled sky. Then some varmint punctured my inflated reindeer; rumor had it that there was a rogue squirrel on the loose […]

Las Virgenes Unified School District’s service learning graduation requirement is in full swing. The board policy that was approved on Sept. 13, 2011, was implemented last year, but 2013 marked the first year that students were required to complete service hours to graduate from Agoura and Calabasas high schools. Students are to complete 15 hours of service learning each year […]