The American Museum of Natural History in New York recently selected Tanner Saul, a senior at Agoura High School, to receive the Young Naturalist Awards for 2013. Tanner’s essay on “Analysis of the Composition of Mammalian Species in an Urban, Fragmented Area in Southern California” was one of two winners for the 12th grade. The nationwide science-based research competition is […] 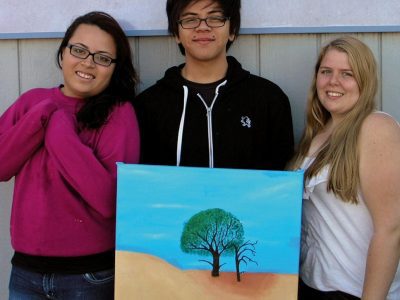 Three students at Indian Hills High School, an alternative school on the Agoura High School campus, have submitted works of art to the 2013 Congressional Art Competition. The national high school visual arts competition, sponsored by the Congressional Institute to recognize and encourage the artistic talent of youths within each congressional district, is held each spring. Indian Hills is in […]


Los Robles Master Chorale caps its 35th anniversary season with the first of two concerts at a new venue: the Performing Arts and Education Center at Agoura High School. The Enduring Spirits concert will be performed at 7 p.m. Sun., May 5 at the PAEC, 28545 W. Drive Ave., Agoura Hills. A free pre-concert conversation at 6 p.m. will offer […] 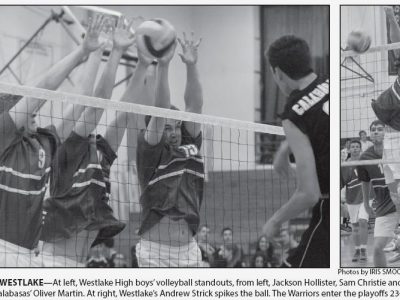 One for the thumb

The Warriors keep finding ways to win. Westlake High’s boys’ volleyball team won its fifth straight Marmonte League championship this spring, wrapping up the regular season on Monday with a 25-19, 25-18, 25-21 win against visiting Calabasas on Senior Night. The victory encapsulated what the Warriors do well on the court. They’re not flashy and they don’t always reel off […]