With the economy still in crisis, the employment ministry at St. Maximilian Kolbe Catholic Church in Westlake Village has been revived. Parishioners Ron Cooke and Bill Martinet have given the ministry new life. Cooke said the ministry started as a men’s club activity that matched applicants with employers. “Other organizations did that better,” Cooke said of why the ministry didn’t […] 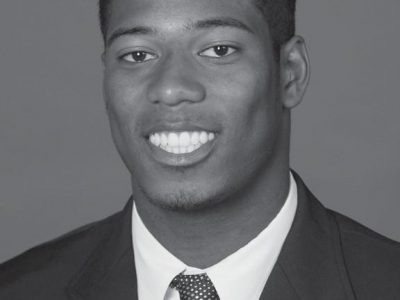 Oaks Christian grad Owusu, now a senior at Stanford, is a key cog in college football’s most explosive offense

The game breaker is ready for a breakout season. Chris Owusu is primed to run wild in the Pac-12 and beyond. An incoming senior wide receiver and kick returner for the Stanford University football team, Owusu will be an integral part of a vaunted Cardinal offense. The former Oaks Christian star will likely be a favorite target for quarterback Andrew […]


Last week’s article on smart meters is so blatantly incorrect it reads more like a PR press release from Edison in order to try and sell the dangerous and highly carcinogenic smart meter. The meters don’t transmit every 20 minutes. It’s every minute and the RF radiation is pulsed—much more harmful—and can last a few or many milliseconds and can […]


The County of Los Angeles Public Library, which includes the Agoura Hills and Westlake Village libraries, and the Los Angeles Public Library have joined Library Ideas’ network of public library websites that offer access to thousands of songs from the Sony Music catalog. The service called Freegal (“free” and “legal”) is available on both library websites. Freegal allows registered cardholders […]


What makes Solar Universe different than other solar companies? Everyone says they are different, but are they? Network—First of all, Solar Universe is a network. With 25 locations, the company is accountable for its actions. Unlike an independent shop, there is a name and an image to keep up, so it’s important not to discredit the entire Solar Universe Name […]


Most pastors would be upset if they looked up from their sermon notes to find most of the congregants texting on their phones. For the Rev. Mike Schreiner of Morning Star Church in O’Fallon, Mo., that’s just part of weekly worship. Schreiner invites churchgoers to text him questions during his sermons, be it clarification of a point he made or […]


A titan in the international soccer community will make a special visit to the Conejo Valley. Rick Parry, who was instrumental in creating the English Premier League and leading Liverpool Football Club as chief executive, will share his insights into the game Thurs., July 21 at 7 p.m. at the Hyatt Westlake Plaza hotel. The Parry event is a fundraiser […]