A Favor for Community West

Playoff chance slips away from CLU

Cal Lutheran University’s football team was hoping to turn a new page last Saturday. Instead, the Kingsmen kept turning the ball over. Trying to make the playoffs for the first time since 1982, the Kingsmen committed five turnovers that led to 28 points for the University of Redlands and lost 38-17 at home. The loss, coupled with Whittier College’s 6761 […] 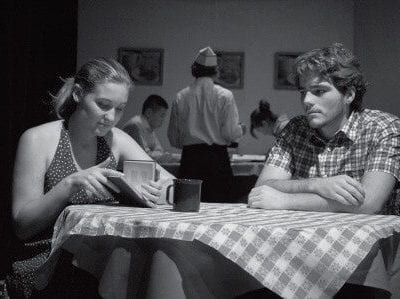 'All in the Timing' presents challenges

By Sabrina Samedi Special to the Acorn

It’s the perfect time to come see “All in the Timing,” Westlake High School’s first theater production of the year. The unique offering incorporates in a single show a series of nine one-act plays by David Ives. A comedy with serious undertones, “All in the Timing” is set in the contemporary Seven Menus diner. Characters at nine different tables prepare […]


Business schools nationwide preach the doctrine of growing a successful business with quality products and services and ongoing customer rapport. Keeping in touch. Solving problems. Showing your appreciation. Saying thanks to your customers is more than a one-day turkey event. It’s common courtesy. A phone call. A card. A gift. A special event. A handshake. And it’s a two way […]