Bill would allow hybrid vehicles to use carpool lanes


Bill would allow hybrid vehicles to use carpool lanes State Assemblywoman Fran Pavley (D-Woodland Hills) announced that AB-2628, a bill allowing single-occupant hybrid vehicles to use carpool lanes, was approved by the Assembly with a bipartisan 58-14 vote. "I am thrilled that this bill has received such broad support and is now on its way to the Senate," said Pavley. […] 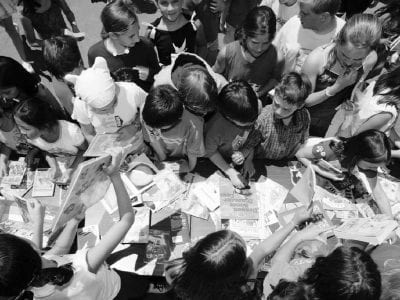 
MADD encourages you to report parents who drive drunk with their kids Mothers Against Drunk Driving (MADD) wants to remind the public that those who drive drunk are not only making roadways more dangerous, they are endangering the lives of children. From 1997 to 2002, more than 1,500 children died in crashes while riding with a drinking driver and 68 […]

Middle school was planned for the existing campus of Heschel West


I’d like to thank Larry Brown and George Coleman for their help in publicizing the Heschel West Middle School scheduled to open with sixth grade in September 2005. We are very excited about this academic expansion and are looking forward to the eventual development of a full middle school through eighth grade. As has been widely known, we are planning […]