Surprised by the hostility to a school


Surprised by the hostility to a school I have been living in Agoura Hills since 1989, and I must say that I have always felt so blessed to live in such a great place. I do not understand why a small number of our residents are so committed to oppose the Heschel West project, unless it is their gut reaction […] 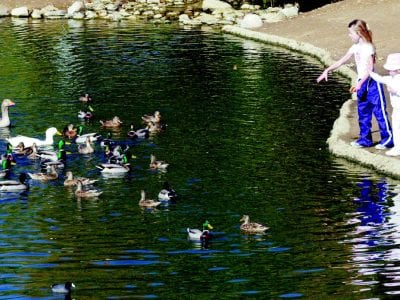 Is this where they stop flying south?


Is this where they stop flying south?

Pictorial history of Conejo to be presented soon


Pictorial history of Conejo to be presented soon Ed Lawrence will present a photographic retrospective of Conejo Valley at 1:30 p.m. Sun., Jan. 12 at the Stagecoach Inn Museum, 51 S. Ventu Park Road, Newbury Park. Well-known locally for his "masterful artistry" in recording the history and development of the Conejo Valley with his camera, Lawrence will present "From Ranchos […]

It’s been a long and hard challenge. The Westlake High School wrestling team, under the guidance of head coach Erik Thureson, didn’t win a dual meet during last season and hasn’t yet this season. However, Thureson is encouraged after the Warriors lost to Newbury Park High, but only by a 52-36 score. "We’re improving our program quite a bit over […] 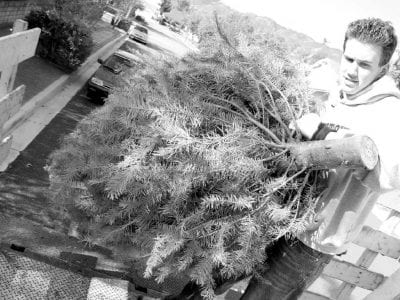 Trees can be used as mulch and in other useful ways

By Michael Picarella Acorn Staff Writer It’s time to recycle those Christmas trees again and most waste collectors offer curbside pick-up. Drop-off sites will be available for those who don’t have services to collect their trees or who don’t want to cut the trees into smaller pieces (which is required by some garbage contractors). Christmas trees aren’t just good for […]


Cabrillo Music Theatre will host auditions from Jan. 18-20 for their production of the Rodgers and Hammerstein musical "Carousel," which will play March 28 to April 6 in the Kavli Theatre at the Thousand Oaks Civic Arts Plaza. "Carousel" is the story of a ne’er-do-well who wins a sweet girl’s love and always fumbles the chance to bring happiness to […]

Story of the Week

He was the professional football coach who symbolized toughness and dedication in sports. "Winning isn’t everything. It’s the only thing." That’s what you think of when you think of Vince Lombardi. Lombardi was always a hard man when it came to football. In college, at Fordham, he played guard on a famous line called the Seven Blocks of Granite. He […]

Calabasas needs to quit wasting money on the


Calabasas needs to quit wasting money on the On Dec. 19 the Ventura County Board of Supervisors approved the Ahmanson Ranch project. Before this decision was reached this board expressed their disgust with those who gave testimony before this board that was either totally false or deliberately distorted while representing themselves as "experts." This board also expressed disdain for the […]