Summer activities to kick off in Calabasas


Summer activities to kick off in Calabasas This summer, many activities for all ages will be offered at the Agoura Hills/Calabasas Comm-unity Center at 27040 Malibu Hills Road, Calabasas. Among the programs available are: Prodigy Playground, a theatrical two-week camp for kids "who aspire to be stars." A live performance will follow each session. Run & Shoot Summer Youth Basketball […] 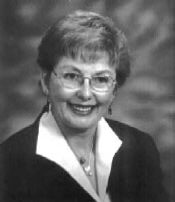 
Annette Shniderman will retire this month from Round Meadow Elementary School in Calabasas, where she has taught for 30 years. She’ll be recognized by colleagues and students and their families at a retirement party in her honor on this Sat., June 8. Primarily a kindergarten teacher, Shniderman also worked in first-grade and with English language learners during her 39-year career […]


"God the Only Cause and Creator," is the subject of this week’s Bible Lesson-Sermon at the 10 a.m. service on Sun., June 9 at Christian Science Church, 305 Conejo School Road, Thousand Oaks. The keynote text is from Psalms 72:18. Sunday School for youth up to age 20 is also 10 a.m. Testimony meetings are at 7:30 p.m. Wednesdays. Childcare […]

Special the The Acorn

More than 450 families participated in the fourth annual North Ranch disaster drill that took place last Sunday morning. The North Ranch Homeowners’ Association sponsors the event every year to prepare residents for earthquakes or other disasters. "In the event of a major earthquake, Los Robles Hospital will be really packed," said Randy Witt, director of the Disaster Preparedness Program. […] 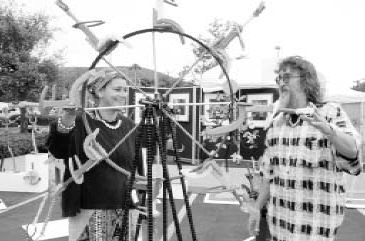 Jamaican-based artists Daniela and Garret Came came to Thousand Oaks to display their wares during ArtWalk 2002 in the parking lot of The Oaks Mall last weekend because they heard about the show from other artists. "We’re in Jamaica six months out of the year," Daniela said. "When we’re here, we usually only show around Los Angeles and Beverly Hills." […]

Heat exposure can kill, cause illness


Heat exposure can kill, cause illness Although every summer we hear about athletes, children, the elderly and others becoming ill or dying from exposure to heat, this year doesn’t have to be the same. You can beat the heat by taking specific steps to protect yourself and others. Who’s at Risk? In the United States, 7,421 people died from excessive […] 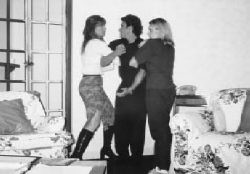 Get big laughs at the Stage Door

If you’re in the mood for some good laughs, quick dialogue and unexpected twists and turns, then hurry on over to the Stage Door Theatre in Agoura Hills to take in the fast-paced comedy, "I Take This Man." Directed by Sharon Lloyd, who’s making her American directing debut, "I Take This Man" will keep you entertained. Gideon Hollis(Giddy), looking for […]

The city of Agoura Hills wants to change its stripes and become friendlier to the local business community. The city hosted a half-day roundtable last week and invited more than two dozen local entrepreneurs to voice their opinions about current city government. Often at odds with the city in the past, landowners and business owners said most of their concerns […]