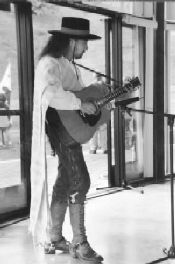 Tuning up for the Acorn Festival

Westlake bed tax increase must be okayed by voters


City of Westlake Village staff members last week discussed a possible bed tax increase from 6 percent to 10 percent that now must be approved by citizens. City officials said they must include it on the upcoming November ballot or the tax might revert back to 6 percent. A recent state Supreme Court decision dictates that cities can no longer […]


Westlake Yacht Club will host its eighth annual Sail-a-Thon from 11 a.m. to 9 p.m. on Sat., Aug. 11 on Westlake Lake, 32123 Lindero Canyon Road, Westlake Village. The Sail-a-Thon is a 10-hour dinghy race sailed by teams of sailors to raise funds for youth charities. Participants include junior sailors who raise money by sailing around a defined course throughout […]


For many students, the path of a college degree is being shortened with a mere click of a mouse. The College-Level Examination Program (CLEP) is now offering its exams on computer at college test centers around the country. Since 1967, CLEP has helped a range of people, from high school seniors to grandparents, from working adults to traditional-age college students, […]


Local non-equity auditions for "Will Rogers Follies" will be 10 a.m. to 6 p.m. on Sat., Aug. 18 and 11 a.m. to 6 p.m. on Sun., Aug. 19 in Thousand Oaks. The award-winning musical will be produced by Cabrillo Music Theatre and features old-fashioned Ziegfeld-style entertainment including rope tricks and showgirls. Auditions are by appointment only. Those wishing to audition […]