There Goes the Neighborhood!

There Goes the Neighborhood! I’m a greedy reader. Throughout the day, I snatch every occasion to break out a book. In line at the supermarket, I enjoy standing behind that guy who’s shopping once and for all: more time to read. I loiter so long in Borders that they want to charge me for the knowledge I take from the […]


Ryan Brockett, a 19-year-old Conejo Valley man, was killed at about 12:30 a.m. the morning of Wed., July 11. According to officials, his passenger, Trenton Anthony Rossi, also 19, a Westlake Village resident who suffered only minor injuries, was treated and released from Los Robles Regional Medical Center. Just east of Kensington Drive in the westbound lanes of Avenida de […] 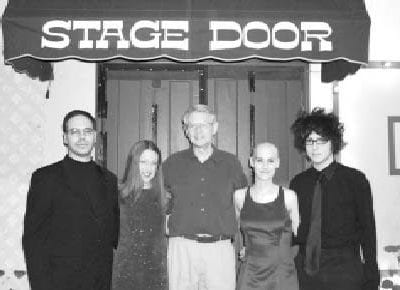 The owners of the Agoura Stage Door Theatre last week hosted a fundraiser to benefit the younger sister of one of their theatre family. The evening raised almost $1,000 to help fund 15-year-old Adrienne Wilson’s fight for life against an overwhelming opponent; liver cancer. "We wanted to do something," said Mike Monteleone, Stage Door owner. "This was the only way […]


When you’re a kid, summer seems full of endless possibilities for fun, with the lure of beaches, movies and amusements parks. All of which can put a major dent in a parent’s pocketbook. Cal State Northridge professor Barbara Hill suggests one way parents can take their kids on a wild adventure without spending a lot of money. "Introduce them to […]

Church in the Canyon to host Family Fun Fest


Church in the Canyon is celebrating summer with their annual "Family Fun Fest" throughout this month. This series of free, fun-filled events include food, music, skits and games for the entire family. Open to parents and their children of all ages, the events are held from 6:30 to 8:15 p.m. Wednesdays at the church, 4235 Las Virgenes Road, Calabasas. For […]