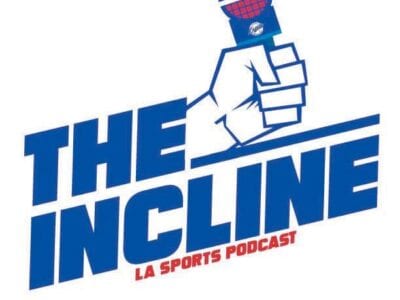 No more Dodger blues for this power trio

Kevin Klein’s passion project began in a closet. He had to start somewhere. Klein, a 2010 Rio Mesa High grad who spent time growing up in Camarillo, started “The Incline: Dodgers” podcast before the 2019 Major League Baseball season in a closet at his girlfriend and now fiancee Leah Perry’s Los Angeles apartment. “I just love baseball, especially the Dodgers,” […] 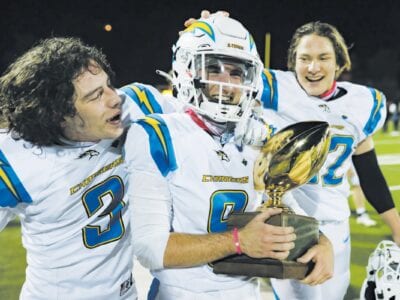 A new star etched his name in Kanan Bowl folklore. Colin Campbell, a starting senior quarterback for Agoura High’s football team was benched after throwing a first-quarter interception. He returned to action late in the second half, leading the Chargers on a 57-yard drive, which culminated with his 2-yard touchdown run with less than 30 seconds remaining in the fourth […] 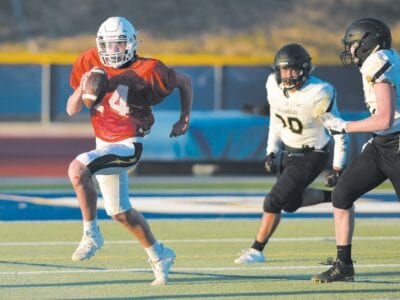 Let the strange times roll . . . There will be no Pigskin Preview during this condensed spring football season. The infamous Acorn Power Poll remains in a frosty hibernation along with Kurt Russell teaching The Thing to fetch a stick. And how can we pick just one Acorn High School Football Game of the Week during rivalry week? We […]

Let’s dance. David Bowie, after all, is never wrong. Stars with Acorn roots will grace the dance floor of the 68-team NCAA Division I men’s basketball tournament, which tips off this week in the Indianapolis super bubble. The San Diego State (23-4 overall) and Syracuse (16-9) opener in the Midwest Region features locals in both huddles. Derek Morhar, a Calabasas […]

Warrior captain earned spot at state meet in 2019; he will run for Division III champions

Owen Kobett was falling behind. With one mile left in the 2019 CIF-Southern Section Division 2 boys’ cross country finals race in Riverside, Kobett was not in position to qualify for the state meet. Time was running out for the Westlake High star. Chad Scott, the Warriors’ co-head coach with Troy Burns, yelled instructions from the sidelines to Kobett. In […] 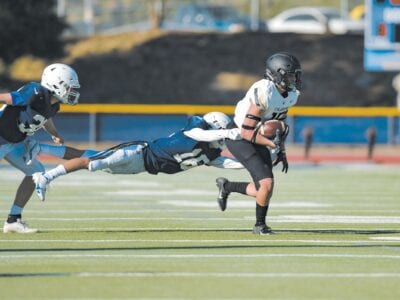 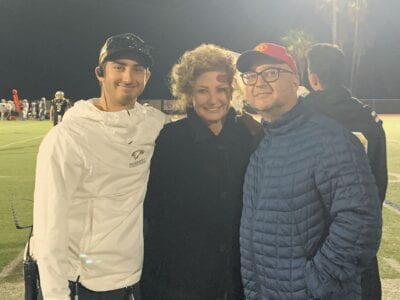 Omer Melzer-Bronstein isn’t a football player, but he’s got his own uniform. Donning a baseball hat, sunglasses and a polo shirt, Melzer-Bronstein wheels around the stadium on a golf cart, doing odd jobs for coaches and players while making the visiting press feel welcome. Behind the scenes—on game day, at practice and in all the seconds in between—he makes sure […] 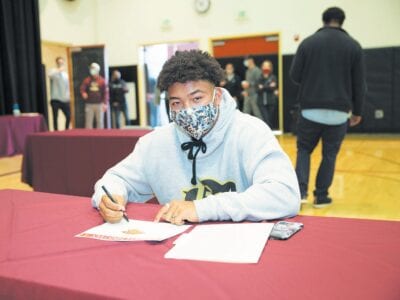 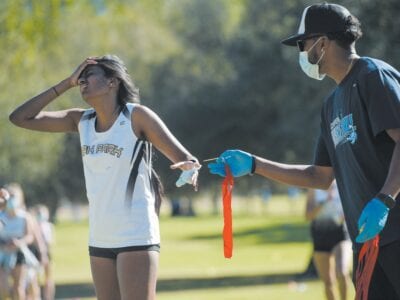 Jack de la Rionda had not raced in more than a year. Before the senior captain for the Royal High boys’ cross country team woke up on Feb. 18, donned his uniform and approached the starting line, a part of his life had been missing. This was not just another meet. This was bigger than sports. “When I put on […]

It’s time to dust off the shoulder pads. Football is back . . . almost. Los Angeles County high schools, including Agoura, Calabasas, Oaks Christian and Viewpoint from Acorn country, have been cleared for high-intensity outdoor sports. After months of uncertainty, there will be a football season after all. “There’s this light at the end of the tunnel,” Agoura head […]