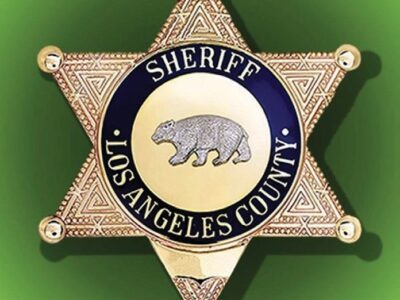 Agoura Hills A break-in was reported around 1:35 a.m. May 5 at the Latigo Kid restaurant, 5617 Kanan Road. Someone rifled through the cash register drawers, but it appears nothing was taken. Damage to the door was estimated at $500. A burglar entered an unlocked car and stole a $1,500 purse May 4 on Oakpath Drive. The victim said she […]

Agoura Hills A gold-and-diamond ring valued at $31,000 was reported stolen from a home on Foothill Drive on April 22. The victim told authorities she was in the process of moving when she found the shoebox that held her jewelry on a closet floor. The ring was gone. The victim said she didn’t put the box there and speculated that two […]

Agoura Hills Cellphones valued at several thousand dollars were taken in a smash-and-grab burglary April 9 at the T-Mobile store, 5807 Kanan Road. Employees told authorities a woman and two men entered the store around 6:30 p.m. One of the men pulled out a hammer and started smashing a display, while the others scooped up the merchandise, which included iPhones […]

Agoura Hills Ray-Ban sunglasses valued at $1,500, Apple AirPods, gift cards, medical supplies and three Bank of America credit cards were reportedly stolen March 18 from two unlocked cars at a home on Carell Avenue. The victims told authorities they parked the vehicles overnight and came out in the morning to find they’d been robbed. By the time one reported […] 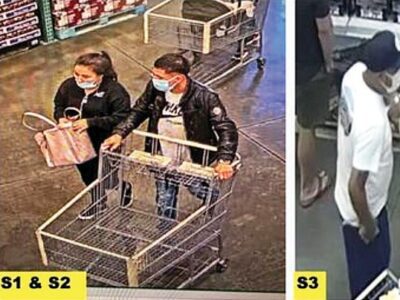 Agoura Hills Days after finding a cement block behind a tire of one of their cars and dismissing it as a teenage prank, a couple on Dargan Street realized there was a crime afoot. On March 21, the wife’s Honda Prius wouldn’t start. They called for a tow and were informed by the driver that the catalytic converter, valued at […]

Calabasas Deputies are investigating a commercial burglary that occurred over multiple days during February and March in which at least three suspects were seen on video entering the Public Storage building on Ventura Boulevard and leaving with stolen items. The thieves could be seen loading the stolen goods on a rolling cart and exiting the building using its elevators (see […]

Agoura Hills A purse containing cash, credit cards and other items was stolen Feb. 21 from a car. The car’s owner told authorities she was in a hurry when she drove to Chumash Park for a brief outing that day and left her purse in the car. After some other stops she went home. The next morning she discovered the […]

Agoura Hills A purse containing a COVID card, credit cards and other items was stolen from inside a car Feb. 21 or 22. The victim said she left home in a hurry around 5 p.m. Feb. 21 and threw her purse in the back of her car. Her first stop was Chumash Park on Medea Valley Drive. She next visited […]

Agoura Hills A thief stole the catalytic converter from a 2013 Kia Sorrento Feb. 19 or 20 in the 30800 block of Agoura Road. The car’s owner said she parked in her apartment complex garage around 5:30 p.m. Feb. 19. She went out at 7:30 the next morning and discovered the theft. There was no vehicle ID or other identifying […]