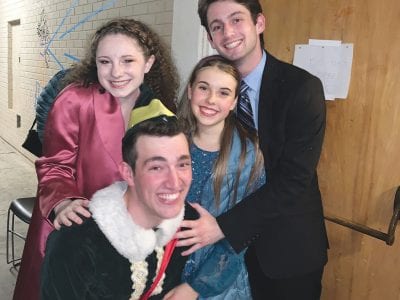 For most children, Christmastime entertainment is all about Santa Claus, reindeer with LED noses and snowmen going thumpety thump thump. But what about those who work hardest during the season—Santa’s elves? In “Elf: The Musical,” a stage version of the popular 2003 film starring Will Ferrell, we learn the story of Buddy, an orphan who somehow got lost in one […]

With Christmas just around the corner, the newly formed Center Stage Players and Arts Repertory presented its production of the musical “Annie,” which ran from Nov. 22 to Dec. 1 at Studio Channel Islands in Camarillo. The new community theater is the brainchild of Noah and Renee Skultety, who funded the launch of their company by selling their ownership of […] 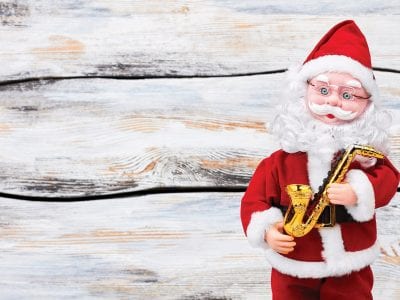 Dazzling light shows for the holidays

Janss Marketplace is hosting free Jazz Concert Series and Holiday Lights Spectacular 3-D Paintscaping shows from 5:30 to 7:30 p.m. Dec. 12 through 15 in the Burlington Courtyard, 215 N. Moorpark Road, Thousand Oaks. The courtyard will be used as a theatrical setting for four nights of free visual and music performances to entertain all ages. Attendees will receive complimentary […] 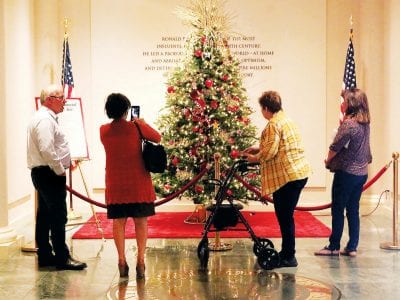 See the bright, festive colors of the Caribbean, the traditional decorations of Europe, and even the crystals of the Nordic countries, all depicted on more than two dozen Christmas trees now on display at the Reagan Library. The trees are part of the library’s annual “Christmas Around the World” exhibit, which opened Nov. 16 and features 26 trees inspired by […] 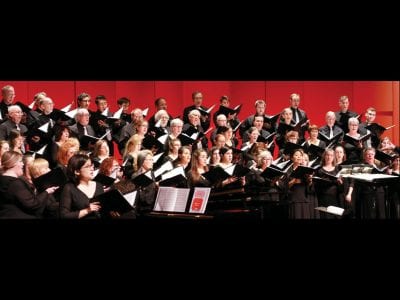 Chorale welcomes the season with joy

Farce is a lump of coal in stocking

With a season full of the usual performances of “A Christmas Carol” and “Miracle on 34th Street” in store, it would be nice to say that the comic farce “Sorry! Wrong Chimney!” would be a fresh addition to the theatrical holiday genre, but alas, this misconceived play falls far short of the mark. A presumptive knockabout comedy written by Jack […] 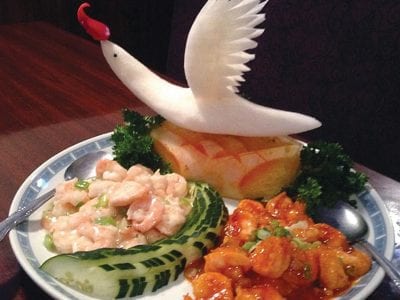 Tantalize your eyes and treat your taste buds

Even though the word Hunan relates to hot and spicy Chinese food, I know that the local Hunan Restaurant on Thousand Oaks Boulevard offers a select menu that can be tailored to each individual’s taste. So if you like it hot, super; and if not, that’s fine too. Sally Lin and her chef husband, Tung, have successfully been feeding local […] 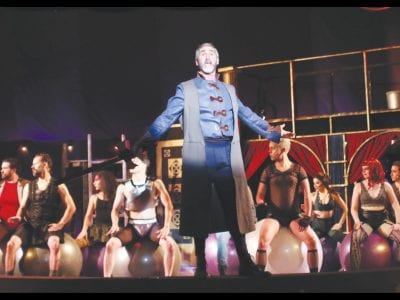 Classic musical has ‘Magic to Do’

In his review of the 2013 revival of “Pippin,” The New York Times’ Ben Brantley characterized the show as “a 99-pound musical in need of camouflage, a skeleton that requires savvy stagecraft to give it flesh.” Conejo Players’ imaginative production of the Stephen Schwartz spectacular does much to give the bare bones story of a young prince in search of […]

Get in the holiday spirit

Moorpark College Performing Arts will present its second annual Holiday Spectacular at 8 p.m. Fri. and Sat., Dec. 6 and 7, and 2 p.m. Sun., Dec. 8 on the main stage theater, Performing Arts Center, 7075 Campus Road. The show will include offerings from the theatre arts, music and dance programs. As a special bonus this year, the Spectacular will […]