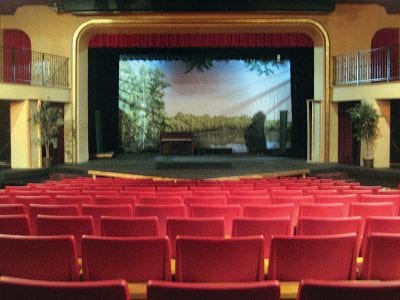 “The show must go on” is a phrase that can be traced back nearly 150 years (it was quoted during America’s centennial celebration in 1876), but the coronavirus pandemic has resulted in the curtain falling on just about all entertainment venues in western Los Angeles and eastern Ventura counties. Theater closures had been talked about since the beginning of March […]

Songmakers’ free hoots and song circles are in flux due to the threat of COVID-19. Many events have been or will be canceled. For events that may still take place, consult the calendar page at Songmakers.org. Even if listed on the calendar, call the contact person listed to be sure a last-minute cancellation hasn’t taken place. 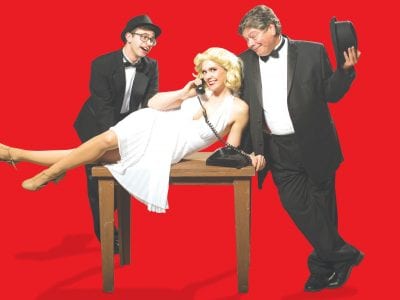 NPIn today’s supersensitive society, it’s amazing that the boundary-pushing works of Mel Brooks remain so beloved. Witness the continued success of “The Producers,” Brooks’ uproarious 2001 musical, which won more Tony Awards in one year (12) than any other musical in history. Though the show gleefully snubs its nose at political correctness—satirizing sexism, Nazis, gay stereotypes, the physically challenged and […]

L.A. Symphonic Winds in concert The Los Angeles Symphonic Winds will perform a special “Stars from the L.A. Winds” concert at 2:30 p.m. Sun., March 15 at the Performing Arts Education Center at Calabasas High School, 22855 Mulholland Hwy. Under the direction of Stephen Piazza, some of L.A.’s leading music educators—all members of the L.A. Winds—as well as their students […] 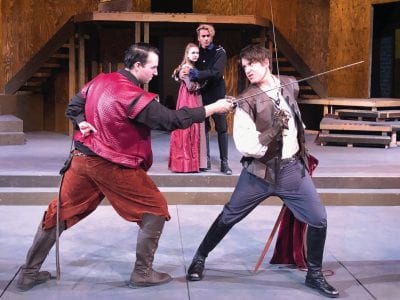 ‘Grand Duke’ operetta in T.O. When you’re committed to marrying four women and the man you’re deposing doesn’t appreciate it, you may be getting more than you bargained for in the Gilbert and Sullivan operetta “The Grand Duke or The Statutory Duel.” The Ventura County Gilbert and Sullivan Repertoire Co. will stage the rarely performed operetta from March 6 through […] 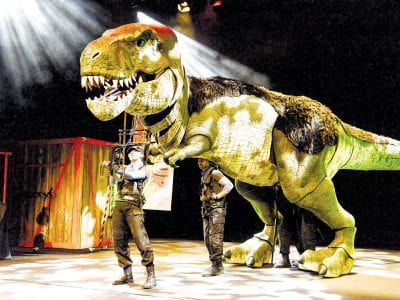 T. Rex and dino friends to roam the stage 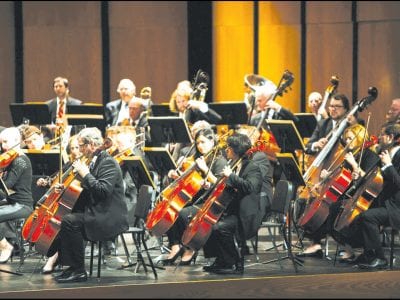 Concert to feature instruments from the Holocaust

New West Symphony’s “Duet of Remembrance” commemorates the Holocaust and the 75th anniversary of the liberation of Nazi concentration camps in a in a two-part concert series. “Dreams” will be presented at 7:30 p.m. Sat., Feb. 29 in the Fred Kavli Theatre, 2100 E. Thousand Oaks Blvd., Thousand Oaks. “Violins of Hope” will take place at 7:30 p.m. Sat., April […] 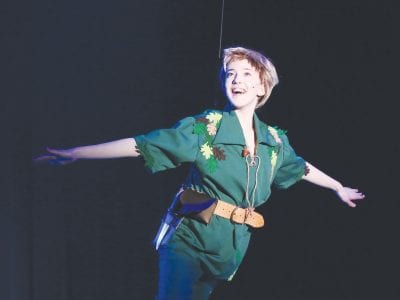 Audiences of all ages still delight in fanciful trips to Neverland

On Jan. 24, Moorpark audiences took the second star to the right on a trip to Neverland as the High Street Arts Center premiered its new production of the classic 1954 musical, “Peter Pan.” The show has always been one of Broadway’s most entertaining family musicals, but in this production, the cast on stage seemed to be having just as […]

Conejo Players Theatre will present the following shows for its 2020 season at 351 S. Moorpark Road, Thousand Oaks. The longest-running community theater in the Conejo Valley, CPT is an arts organization running in Thousand Oaks for six decades. It began in 1958 with a meager treasury and a handful of volunteers who build a stage in a barn and […]