The boys’ water polo season has surfaced again and plenty of teams are already making a splash.

That’s no surprise. This area is awash in talent.

Last year’s season was cut adrift by COVID-19; local teams saw only a couple weeks of action in March.

The current season already has gone longer and many teams are hoping to make reservations in the CIF-Southern Section playoffs.

Here’s a closer look at the local squads:

Last season was a story of what could have been for Agoura. The Chargers were an abbreviated 7-1 and appeared headed for big things.

“That year, potentially, we could have won CIF,” said second year head coach Peter Daland, who previously served as Moorpark High’s head coach for 21 years. “We were loaded. They were a very talented bunch.”

“This group is young,” said Daland, a former coach of the year in both the Marmonte and Coastal Canyon leagues. “We have only three kids with varsity experience. But we’re playing hard.”

Agoura (3-6) is rebuilding, opening the door for league rivals.

“We graduated nine seniors and took a little bit of a hit as far as experience,” Daland said, adding: “We’re just glad to be back in the pool.”

Make no mistake about it. The Scorpions are an excellent team and Camarillo fourth-year head coach Mario Reyes is excited about it.

“Honestly, this is the strongest team I’ve had,” Reyes said. “Last year was good but we didn’t have a chance to show it off. This is a team that will do well.”

Camarillo (9-5), which has never been known as a water polo powerhouse, is ranked No. 10 in Division 4 entering this week.

Senior outside shooter Jake Burns provides much of the team’s firepower and is the team’s top scorer and “a great leader,” Reyes said. Two sophomores— sprinter Paul Patterson and set defender Samir Nahas—are other key players.

Reyes also is high on senior goalie Tyler Haug, “who has won a lot of games for us by stepping up and making a lot of blocks.” Patterson and Burns are potential all-CIF players, said Reyes, who played four years at Pacifica High in Oxnard.

“It’s been a while since we won league and we never won CIF, so that’s the goal this year,” Reyes said. 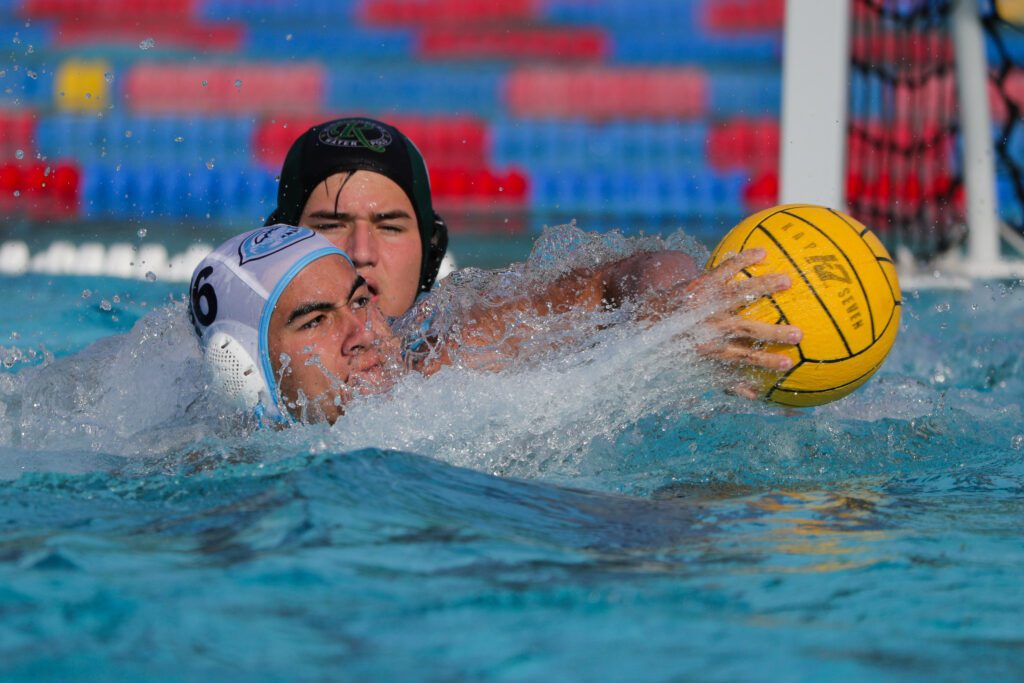 Camarillo’s Joel Fernandez throws the ball behind him to score a goal during a water polo match with Royal at Rancho Simi Community Pool in Simi Valley on Oct. 6.

It’s the first year for Chet Hardy as Newbury Park head coach and his season has gotten off to a sizzling start. The Panthers (10-5) won the Malibu tournament amid an eight-match winning streak.

“So far, it’s been good,” said Hardy, a former Camarillo High assistant coach who played water polo at Camarillo for four years. “I’m very pleased with the team.” Surprisingly, Newbury Park is not ranked in the Southern Section poll. Hardy is unfazed.

“It’s all motivation for my boys,” he said.

Junior Jack Germann, “one of the most consistent players on our team,” is a stalwart at goalie. Junior Toby Chow, who plays the two-meter position, is capable of playing college water polo, his coach said.

The Panthers opened their Marmonte League season with a heartbreaking 11-10 loss to Westlake. The squad is already eyeing a rematch with the Warriors on Oct. 15, which could have major playoff implications for Newbury Park.

“Our playoff hopes lie with them. We have to beat them,” Hardy said.

The cupboard never seems to be bare at Oaks Christian and nothing seems to have changed this year. The Lions are ranked No. 13 in CIF-Southern Section Division I.

Oaks Christian has been perennial league and CIF powers under Jack Kocur, now in his sixth season as head coach.

About a dozen players from Kocur’s OCS squads have secured a Division I college scholarship.

Oaks Christian opened its Marmonte League season with a 17-5 victory over Westlake.

Kocur said the Lions “can compete with some of the best,’’ but adds they are young and inexperienced. Still, he feels there is some good talent in the team’s sophomore class.

The coach said the team’s goal is to be in the top 8 of Division 1.

T.O. has not traditionally been known as a water polo powerhouse, but this year’s team is turning into something special.

The Lancers (11-2) are currently ranked No. 1 in CIF-Southern Section Division 3. They opened their Coastal Canyon League season with a 9-4 victory over Camarillo, which is considered Thousand Oaks’ toughest competition in league.

“We look good this year for sure,” said second-year head coach Kornel Ujszaszi, a former assistant at Agoura High.

Ujszaszi said the team is well-balanced on offense and defense and boasts a strong goalie in senior Braeden Sanders.

“It’s always good to have a good goalie,” Ujszaszi said with a laugh.

The coach said the team’s depth is strong and any one player can step up and lead the Lancers on any particular day.

“We have all the experience and talent to win games,” Ujszaszi said. “We just have to find ourselves as a team.” 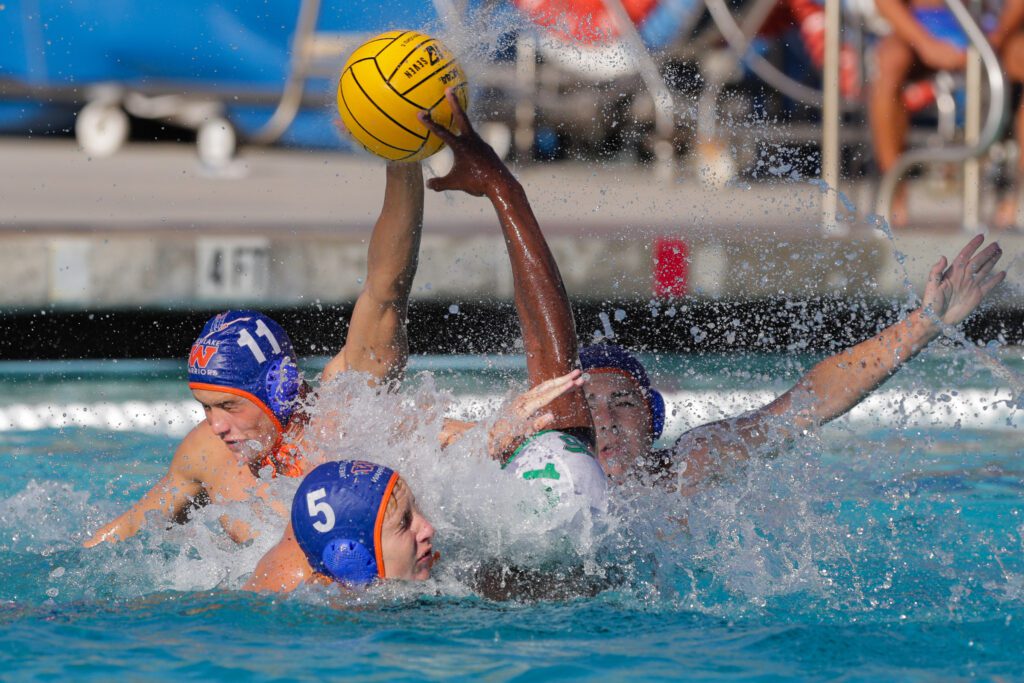 Jens Cole, in his second year as Westlake head coach, hasn’t taken very long to turn around the program.

The Warriors have been a longtime underperformer in water polo but are already ascending fast. The team (4-5) is currently ranked No. 4 in CIF-Southern Section Division 2.

Cole said he and his staff have been happy with the early results “but we’re not content with anything but excellence.”

“We’re always hungry to be better,” he said.

“I think he makes it an easy case to be identified as one of the best goalies in the area,” said Cole, who also serves as the girls’ coach.

“They are very, very talented,” said Cole of the Martsolfs. “They are kind of the foundation of the program.”

“I think so highly of them,” he said. “They are two of the most talented young coaches in the area.”

When pressed, Cole admits his team has a lot of things going for it.