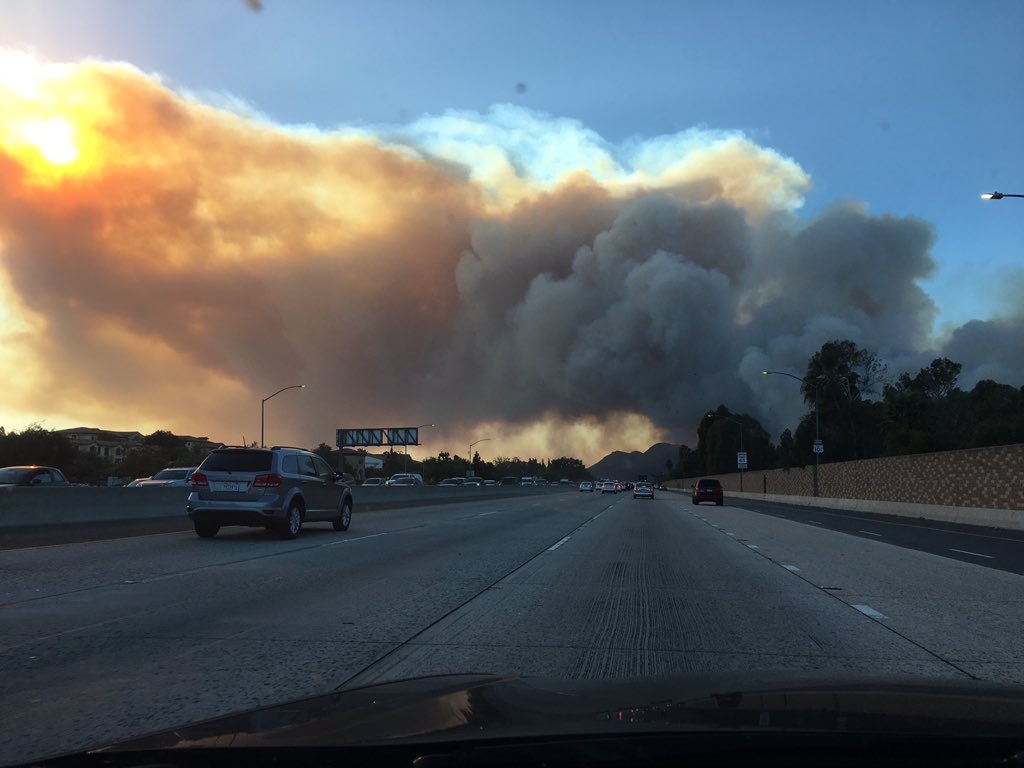 Smoke rises above the 101 Freeway from the Hill fire, which started this afternoon and quickly ballooned to 10,000 acres. Mandatory evacuations have been ordered in some places. The 101 Freeway is currently shut down. MICHAEL COONS/Acorn Newspapers

An approximately 10,000-acre brush fire is threatening parts of Newbury Park after the blaze broke out in east Ventura County on Thursday afternoon.

Mandatory evacuations have been ordered for Dos Vientos and other Newbury Park neighborhoods.

The fire started near Hill Canyon in the Santa Rosa Valley sometime around 2 p.m. and crossed over the ridgeline into Newbury Park, the fire department said.

The 101 Freeway has been closed in both directions between Borchard Road in Newbury Park and Pleasant Valley Road in Camarillo. Evacuation orders have been requested for CSUCI and Camarillo Springs as well.

Capt. Stan Ziegler of the Ventura County Fire Department said the blaze is being driven by 25 to 35 mph winds and steep hillside slopes. He said the dry, windy conditions firefighters are battling now are identical to the conditions fire crews faced in 2013 with the Springs fire.

He said the National Weather Service forecasted a fairly long east-wind event so it’s hard to say how long the fire will burn.

“Just let me say it would not surprise me at all if it does get really close to the coastal area like we saw in 2013,” Ziegler said.