The avid hiker died on a Newbury Park trail 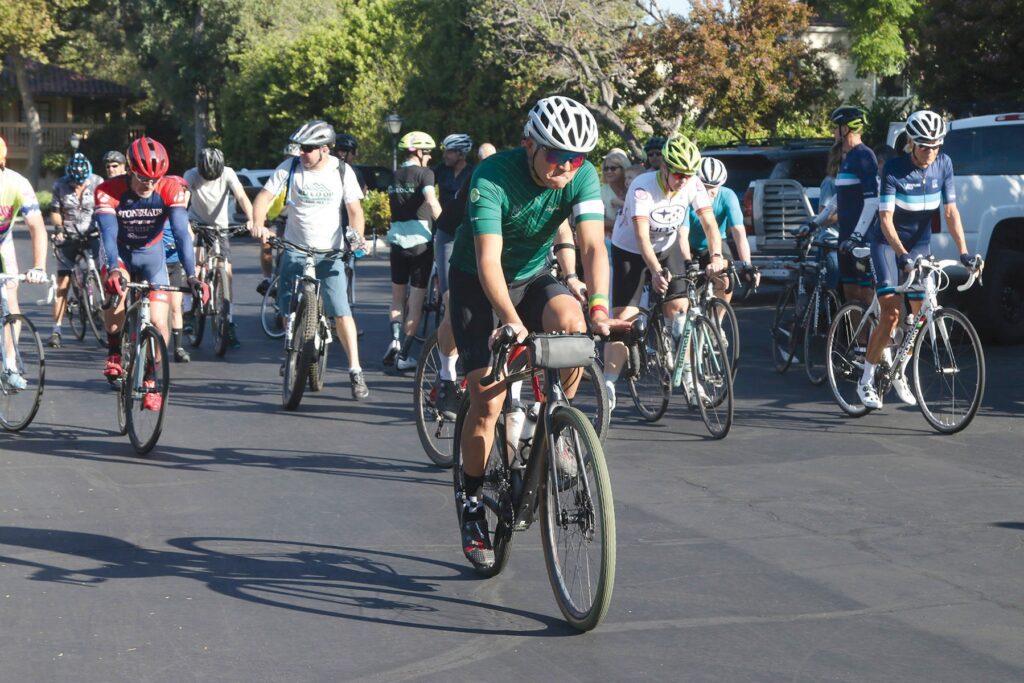 ON THE ROAD—Above, cyclists head out from the parking lot of the Westlake Landing at the start of the Johnny Mutolo Memorial Bike Ride on Sept. 11. Top right, Johnny Mutolo’s father, John, hugs his daughter-in-law, Claudia Mutolo of Thousand Oaks in the parking lot of the Westlake Landing before the start of the ride. At right, a recent photo of Johnny Mutolo and his three sisters, from left Tricia Witkosky, Adriana Hartley and Kimberly Mutolo.

For nearly 30 years, Johnny Mutolo beat the odds. Now his fighting spirit is just one of the many things the community remembers about the fallen hiker as they set out on a bike ride in his honor on Sept. 11.

The Newbury Park resident, who at age 18 won the 1991 Junior World Mountain Bike Championships in Italy, suffered a horrific crash during a 60-mph downhill run while competing in the 1993 Grundig World Cup in Vail, Colorado.

The near-fatal crash, which shattered his helmet to pieces, left him in a coma for five days. He survived, but was left with a brain injury that robbed him of his short-term memory and created a chemical imbalance that impaired his mental health for the rest of his life, his family says.

Nevertheless, Mutolo lived the next three decades as a “spiritual seeker” with an amazing heart who always sought to give love rather than receive it, his sister Kimberly Mutolo told The Acorn.

He could recite Daoist philosophers as readily as he could quote Jesus; always put the needs of others ahead of his own; and would constantly make chocolate cake and cookies from scratch to bring to family gatherings. He was best friends with his father and a doting uncle and stepfather.

Then in late July, he fell again.

Johnny Mutolo died in an accidental fall while hiking in the barranca in Newbury Park on July 28. He was 48.

“He was a pure, genuine soul with an amazing sense of humor and the ability to always be present and helpful,” Kimberly said. “Ironically, he died in an accident, which is the same way he would have died 29 years ago without medical intervention. We were blessed to have him. It’s a miracle we got him for 29 more years.”

Hikers discovered Mutolo’s body around 11:30 a.m. July 28 about 1.5 miles from the trailhead at Rancho Conejo Playfields, where he regularly practiced tai chi. He had been on an unmarked trail that took him to the edge of the cliffs above the Arroyo Conejo. 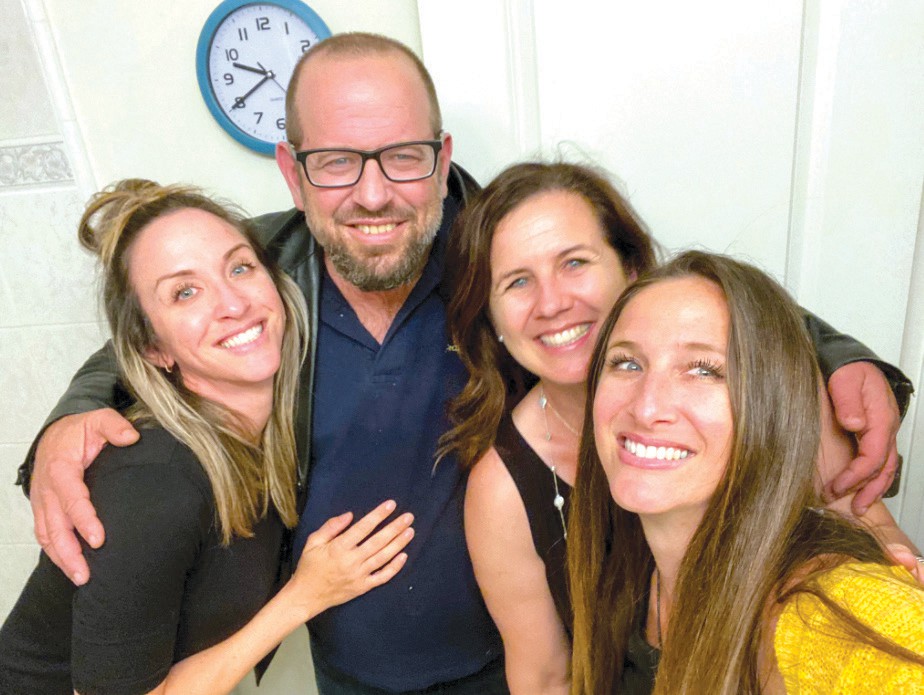 For reasons unknown, he fell to the jagged rocks below.

When the hikers spotted a man lying motionless on a rock, they called first responders. Due to the treacherous terrain where Mutolo was found—the barranca is a narrow river gorge surrounded by steep cliffs—it took first responders several hours to reach him.

Mutolo was a Thousand Oaks High School graduate who gained international acclaim in the early 1990s for his prowess o=n a mountain bike. His father, John Mutolo Sr., is a retired math teacher at Newbury Park High School who is now on staff at Moorpark College, where he is the longest-serving professor.

According to a Los Angeles Times article from 1991, the younger Mutolo was failing eighth grade when his father promised to buy him a bike if he brought his grades up.

Once his feet were in the pedals, he honed his skills on trails in the Santa Monica Mountains, and when he was feeling mischievous, sometimes up and down the aisles of the Thousand Oaks Alpha Beta, Kimberly said.

The practice paid off in spades. In 1991, Johnny Mutolo won the Junior World Mountain Bike championship in Lucca, Italy. The victory earned him overnight notoriety, and he appeared in publications like Boys’ Life and enjoyed corporate sponsors.

But his promising career was cut short two years later when he nearly died while racing downhill in Vail. He never rode competitively again and never fully recovered from his head injury, his sister said.

After news broke of Mutolo’s death, those who knew him expressed an outpouring of love and grief on social media. Mourners called Mutolo the “nicest guy to walk this earth, hands down,” and a “bundle of joy.”

“He was truly a great friend, motivator, mentor and even an idol to me in my formative years . . . . Johnny truly was the most talented athlete I have ever known. He was a great world champion,” Bielat wrote on Facebook. “Johnny, I hope you have found the peace you have so much deserved. May God be with you and watch over you.”

Randy Commans, who did the marketing and helped run the racing program for Mutolo’s mountain bike team in the 1990s, said Mutolo was energetic, funny, bubbly and a happy-go-lucky kid, “just all the good things you could say about someone.”

“He truly enjoyed being on the bike, and he had such a great start for a promising career and life,” he said. “It was such a tragic end.”

Kimberly Mutolo said her brother is survived by his wife, Claudia, and his two stepchildren, Kevin and Citlali Ortega. Mutolo was married for nearly 20 years. Kimberly said Claudia was “such a rock” for the family and helped care for her husband during his health struggles.

“When you talk about loving someone through sickness and health, she’s the epitome of that,” Kimberly said.

“Like sitting and having coffee, in-depth conversations about things that really matter like God and spirituality. It’s not about things—it’s about love,” she said.

She’ll also miss his laugh, which she said was deep and jolly and infectious.

‘Gentle giant’ taken by virusComedy, music and even ‘Star Wars’ fans have new shows to anticipateBRIEFS