The Tribe has one playoff appearance since 2014 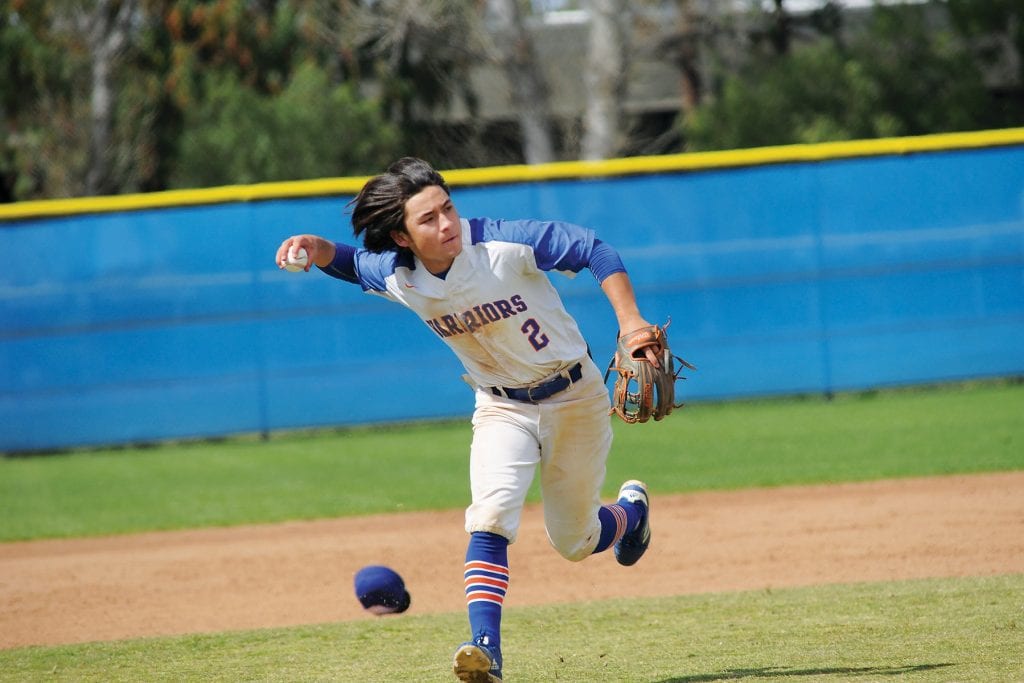 RATTLING RUST—Westlake High baseball player Casey Kleinman throws to first base during the Warriors’ 10-4 win against Taft on March 7 at home. Westlake has won four consecutive games. Photos by JOSEPH A. GARCIA/Acorn Newspapers

A pair of plastic owls perched behind the mound at Westlake High’s baseball field.

Second-year skipper Wally Barnett said the decoys are supposed to ward off a gaggle of geese that continue to mistake the baseball team’s blue tarps for tiny ponds, but the owls haven’t done their jobs.

“I drove by earlier and saw a goose standing right next to one of the owls,” said Daniel Barnett, the coach’s son who serves as the team’s hitting coach.

The geese had a feeding frenzy on the infield worms before leaving unwelcome parting gifts all over the infield grass.

“Free fertilizer,” joked first-year pitching coach Scott Radinsky, a former big league pitcher who coached in the majors for more than a decade.

That’s one way to look at it.

Wally Barnett said he’ll buy an owl kite to soar high above the field’s newly padded cement backstop to help keep the infield neat for the rest of the spring.

The skipper refuses to be a victim to tyrannical geese. In that same vein, the Warriors—who have finished last in the Marmonte League the past three years and haven’t won a postseason game in at least 15 years—are also sick of being bullied in league play. 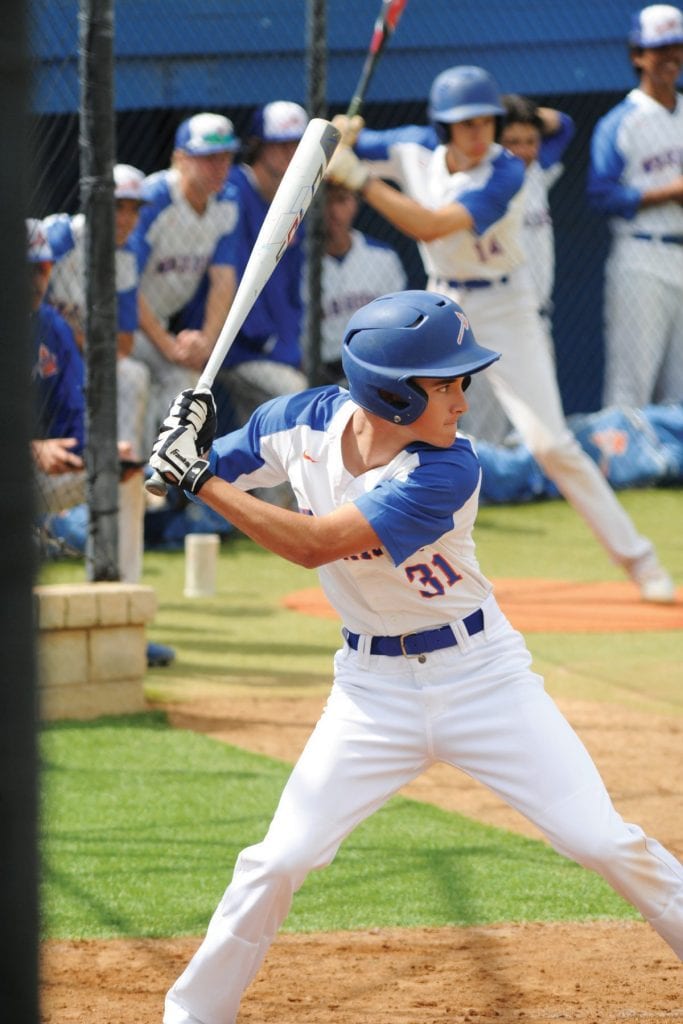 NOTHING TO LOSE—Westlake’s Scott Radinsky bats against Taft last weekend. His father, pitching coach Scott Radinsky, pitched 11 seasons in Major League Baseball, including a stint with the Dodgers.

Westlake, 5-4 overall, scoffs at any team daring to chalk up the Warriors as an easy win.

This spring, the Warriors are pushing back.

“We know there’s some teams that are higher ranked than us,” said Dominic Bayless, a right-handed sophomore pitcher who has compiled a 3-1 record with a 2.10 ERA through his first four varsity starts. “We know we’re going to be the underdogs this season. We’re going to try to make a statement.”

“The boys really came together,” Barnett said. “That’s been a season-changer so far. If we had lost that one 9-0, I think we could have gone the other way.”

Westlake refused to go down quietly, and the squad hasn’t lost since.

“From that moment on, we knew that we could win any game,” said Michael-Alan Stanford, a left-handed senior pitcher who is a member of the Fellowship of Christian Athletes club on campus.

Riding a four- game win streak, the Warriors are gelling at the right time.

Pitchers are throwing strikes. The defense is making plays. Hitters are getting on base.

“It started off rough, but we’ve turned it around,” said Jack Johnson, a junior shortstop/third baseman who boasts a 4.4 GPA. “We’re back on track.”

“Hopefully, teams count us out so we can spoil everybody else’s season,” Johnson said.

Matt Cahalan, a senior, plays first base and pitches. When Cahalan’s on the bump, senior Taylor Smith gets the nod at first base.

Nate Rosen, a junior designated hitter who leads the team with a .385 batting average, can also play second base and outfield.

Peyton Ellis, a senior outfielder, is expected to add depth to the outfield when he returns from an injury later this month.

Stanford said the older Radinsky has worked wonders developing the arms on the Warrior staff.

“He’s been bringing his experience from the big leagues down to here,” Stanford said of the former Los Angeles Dodger reliever. “It’s been helping tremendously with all our pitchers.”

When he’s not fine-tuning the Warriors’ mechanics, Radinsky serves as the lead singer for Pulley, a punk band that’s set to tour Europe in May.

In recent seasons, Marmonte teams have played each other three times, but teams will only face each other twice this spring.

“Having only eight games, every game matters,” Barnett said. “One loss could really affect where you stand.”

“Hopefully we get hot at the right time, get through league and get to the playoffs,” Johnson said. “I can see us going very far (in the playoffs). We have everything we need.”

Everything except a deterrent for those pesky geese.