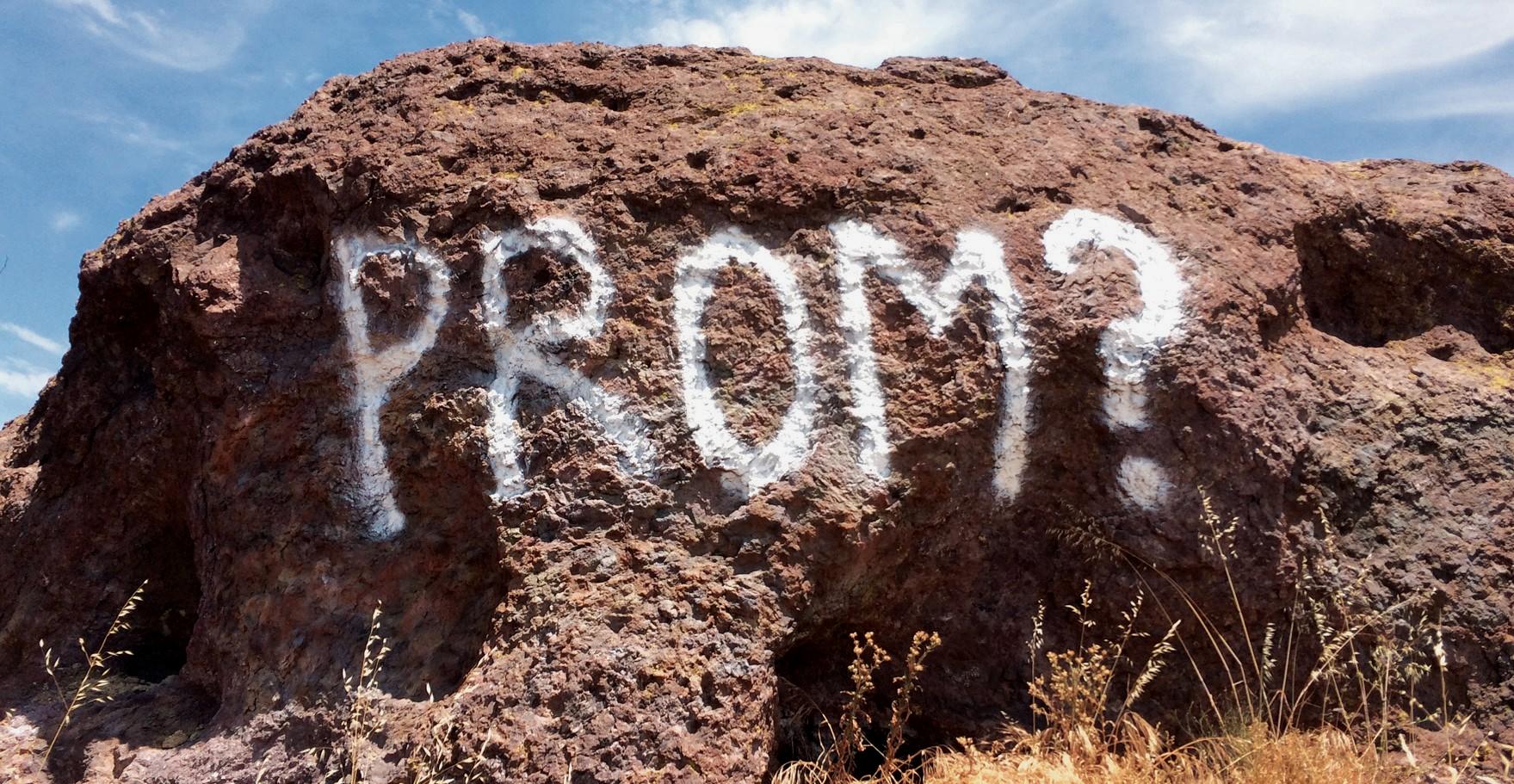 Vandals may think it’s art, but for park rangers and open-space advocates, graffiti is a plague that can harm the beauty of the Santa Monica Mountains.

For the second year in a row, a prom invitation was scrawled on a rock near Sandstone Peak north of Malibu.

“We love hearing about creative ‘promposals,’ but damaging public lands is not the way to do it,” said Zachary Behrens, a spokesperson for the National Park Service.

The vandalized rock is about 50 feet away from a small road and is visible to passers-by.

The culprit used spray paint to ask someone for a date, and the can was left at the site.

A park ranger saw the message defacing the rock while on patrol. Although the word “prom” has been removed, the white paint is still visible.

“We’ll see what we can do to totally get it out,” Behrens said, adding that the mission of the National Park Service is to preserve landmarks and natural places for future generations.

“Graffiti not only takes away from the visitor experience by interfering with their enjoyment and inspiration from the landscape, but could also affect natural resources, like lichen, moss and maybe even the watershed if chemicals seep into the ground,” he said.

This is not the first time vandals have taken to the hills.

Last year, park officials decided to close off Corral Canyon Cave in Malibu due to recurring vandalism and littering at the site, also known as the Jim Morrison Cave. The historic Chumash Indian caves in the eastern hills of Simi Valley are also affected by recurring waves of vandalism.

According to reports, the woman was fined and sentenced to 200 hours of community service.

Anyone with information about the Sandstone Peak vandalism is asked to call the National Park Service dispatch center at (661) 723-3620.