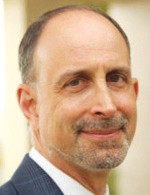 The FBI investigation into a college admissions scandal that led to the arrest this week of 50 high-profile entertainers and industry moguls across the country also snared a Calabasas resident and an employee of an Agoura Hills-based business.

Homayoun Zadeh, 57, of Calabasas and Stephen Semprevivo, 53, of Los Angeles, were arrested March 12 and charged with conspiracy to commit mail fraud and wire fraud. If found guilty, the men could face up to 20 years in prison.

Zadeh is an associate professor of dentistry at the USC Herman Ostrow School of Dentistry. He is also a member of the Brighton Specialty Dental Group, which has offices in Woodland Hills and Ventura. The business had no comment about Zadeh’s arrest.

Semprevivo is the chief strategy and growth officer for Cydcor, an Agoura Hills-based company that provides outsourced sales services.

Both Zadeh and Semprevivo are scheduled to appear before a federal judge in Boston on March 29.

The two men were among the dozens of parents, coaches and CEOs involved in a conspiracy that facilitated cheating on college entrance exams and allowed students to enroll in some of the nation’s top universities as supposed athletic recruits.

Singer, who is charged with racketeering conspiracy, money laundering conspiracy and obstruction of justice, was the owner and operator of the Edge College and Career Network, a for-profit college counseling and preparation business. He was also the CEO of the Key Worldwide Foundation, a nonprofit corporation he established as a purported charity.

Singer allegedly conspired with parents, athletic coaches and administrators to use bribery and other forms of fraud so that under-qualified students could gain admission into the prestigious universities.

The bribes were paid to numerous college admittance officials.

In some instances, Singer paid college SAT and ACT administrators to allow ringers to sit in for the students during the exams, or to correct their answers after they took the test. In other cases, the money was paid to college athletic coaches and administrators so that students could be admitted as athletes recruited by the university, even if the student had no history of playing the sport.

Singer’s nonprofit, Key WorldWide, was used to conceal the nature and source of the bribes, officials said. Singer’s clients were able to write off the payments they made to him through his charitable foundation and to deduct them from their federal income taxes.

As part of the scheme, Singer had his employees create fake athletic profiles for students, documenting honors they had received and teams they had played for. Some even went so far as to photoshop the student’s face onto an athlete’s body, or featured staged photos of the student engaged in the activity.

Among those charged in the conspiracy are two Hollywood actresses, Lori Loughlin and Felicity Huffman, and numerous CEOs and other business executives. Test administrators, athletic coaches and private instructors were also arrested.

Semprevivo is charged with bribing Georgetown University tennis coach Gordie Ernst to get his son admitted as a recruit for the school’s tennis team. Semprevivo’s son had no history of playing tennis, and his applications to other colleges made no mention of the sport. The Semprevivo Family Trust allegedly paid $400,000 to Singer’s nonprofit foundation to ensure their child would be admitted to Georgetown. He started at the university in 2016 and has not joined the tennis team.

Zadeh is charged with bribing USC athletics officials to designate his daughter as a lacrosse recruit, even though she never played the game competitively.

According to the indictment, Zadeh paid $100,000 to one of the firms involved in the bribery scheme. At one point Zadeh’s contact asked for confirmation that Zadeh’s daughter would attend USC, and Zadeh responded that she had become “extremely upset as to why I am pressuring her to make a decision on the spot.” He told investigators that his daughter, who was unaware of the scheme, was concerned she hadn’t been admitted to the school on her own merits, and worried that other (students) would view her differently.

“It’s unfair to the students who work hard, play by the rules and who should legitimately have a chance at a spot at one of these schools,” said Marcie Helder, the college and career adviser at Agoura High School and a former SAT test proctor.

Helder said there are multiple of checks and balances to ward against cheating at the SAT test centers.

“Every room is assigned a proctor, there is a script that must be read verbatim and rules that must be adhered to,” Helder said. Specific pencils and approved graphing calculators must be used, and phones must be turned off and put away during the test.

“We only test our students who we know,” said Dan Stepenosky, Las Virgenes superintendent of schools. “We have a test administrator per site, and test administrators in every room. Two person integrity. We only test a maximum of 24 kids per room to ensure security. All (test sites have) at least one empty desk between testers, four feet minimum. All students have a picture ID.”

Singer, however, was able to set up his own test sites where he could control the proctors and manipulate the scoring.

“I can say that students can study for the SAT with about eight full length practice tests from Kahn Academy—and that’s free,” Gilbert-Hawkins said.

Research shows that after about 20 hours of studying with the practice tests, students will gain an average of 115 points, she said.