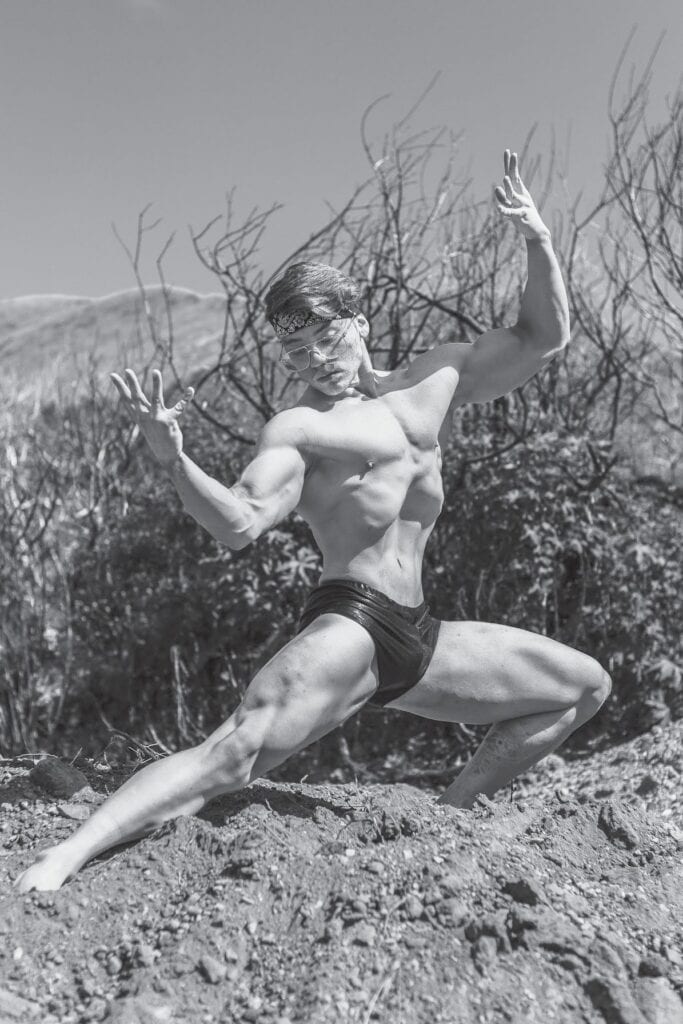 FORTITUDE— In an Instagram video from Sept. 6, Matthew Ullerick, 20, announced he would be stepping away from competitive bodybuilding.

Matthew Ullerick was living his dream.

The 20-year-old Camarillo man was a rising superstar in a sport brought into vogue by Arnold—does anyone need his last name spelled out? Everyone with and without a pulse, even the molecules floating in the clouds of Venus, knows Arnold is Arnold Schwarzenegger.

One day, everyone might know the name Matthew Ullerick, too.

Ullerick has more muscles than the Muscles from Brussels. He’s respected and admired. His closest friends adore him. He works on his craft with relentless drive and furious ambition.

If his body was a temple, it would be the Taj Mahal.

“I want to be a bodybuilder forever,” Ullerick told himself.

Then one day, he didn’t.

Ullerick had reached a crossroads in his personal and professional life. He had to make a choice, one that would define him for years. 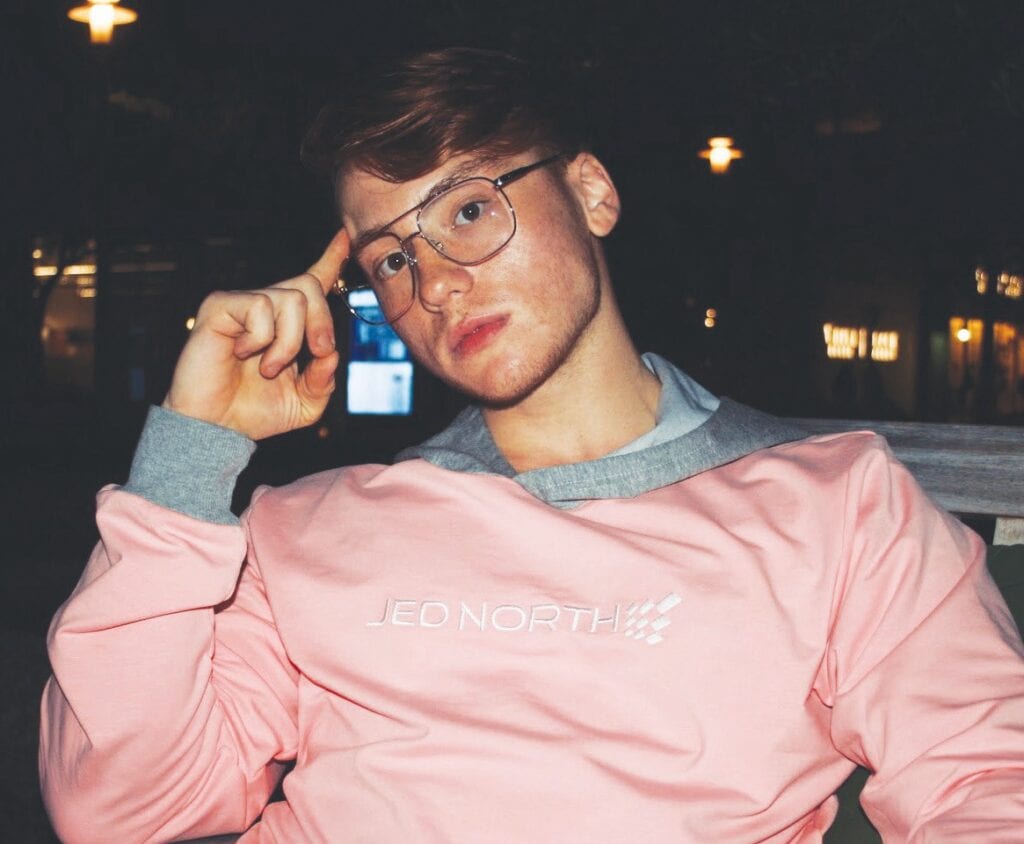 “I’ve been at odds with myself for a long time,” he said. “I knew that once I started winning shows, eventually in my future I’d be faced with having to take steroids. I knew it for a fact.

“I pushed myself as far as I could go naturally.”

Ullerick posted a candid 10-minute video on Instagram on Sept. 6. He spoke with the Acorn in greater depth about his decision to walk away from the sport last weekend.

He turned pro this year, but a global pandemic flipped the world upside down. He continued chiseling his body in the gym, but without tournaments and championships to chase, he had time to reflect.

He knew the dangers of steroids. He saw it devastate men and women in his sport.

“I knew it was self-destructive and self-centered,” he said. “I asked myself, ‘Would you take steroids to become Mr. Olympia?’ When I leave my mark, I don’t want to be remembered as someone who pushed as much stuff into their body before they died. 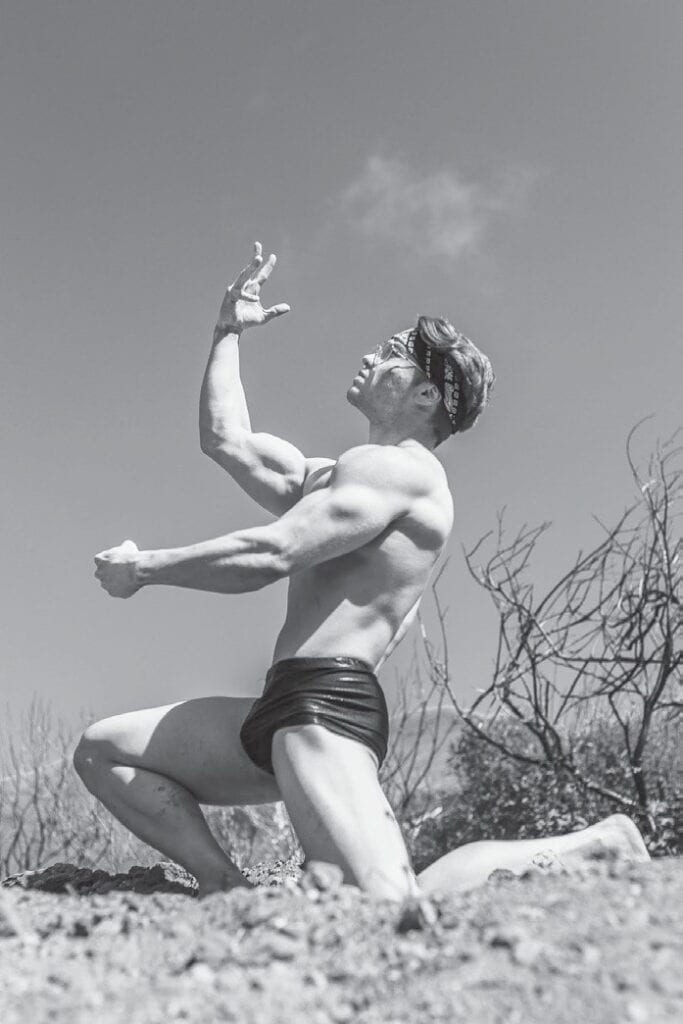 “If I’m doing something for me, I should be enjoying it, not suffering. All I want is people who feel this way to know they’re not alone. . . . I stepped into that world and saw what (steroids) does to human beings, how it messes with your hormones, how it can strip you of your identity.”

Ullerick offered a glimpse into the most destructive element of the sport.

He said everyone in the pro circuit takes steroids: Bodybuilders juice not to gain an edge, but merely to, as crazy as it sounds, level the playing field.

“It’s so normalized in bodybuilding culture,” Ullerick said. “You can bring it up in conversion. If I’m a bodybuilder speaking to another bodybuilder, we can talk about (steroids) as normally as other people talk about the weather.”

To maintain his own physique, Ullerick estimates he spent $1,000 per month on food, supplements, coaches and tournament fees. He did not have any sponsors or financial help, and he had to work two jobs to maintain that lifestyle.

He was being pulled into a dangerous world.

“Your body should never be an idol or something idolized. It’s something you should always take care of,” he said. “It’s not evil to make your body look good, but at a certain point, when you start taking steroids, that’s when it’s in vain and when it consumes you.”

After winning a state bodybuilding championship, Ullerick recalled celebrating by going out to dinner with his family. He hadn’t enjoyed a meal outside the house in at least two years. In that moment, he realized the sport had consumed every fiber of his being.

After posting the Instagram video, Ullerick said he felt a weight lift off his shoulders.

His friends have supported his decision to step aside.

They knew it wasn’t easy.

“The only thing I talked about with Matt was standing on a stage and becoming a (world) champion. That’s all he talked about. It was by far the most important, and one of the only important things in his life,” said Danny Koolaid, 24, a friend, personal trainer and certified nutrition specialist who lives in Ventura. “He envisioned himself standing on the stage and winning.”

In the Instagram video, Ullerick is at times soulful and defiant. He talks frankly about the adverse physical, mental and psychological effects of steroids and performance enhancing drugs.

His friend Ari Petersen, 19, of Ventura said she saw the video as Ullerick coming to terms with himself, not necessarily making grandiose gestures.

“I’m just really proud, really excited for him, and the next journey he’s going to start.”

The road to bodybuilding started innocuously for Ullerick.

He formed Camarillo High’s rugby club with Andy Soto in 2015.

Ullerick’s cousin suggested the youngster should train for the National Physique Committee’s West Coast Classic. Ullerick, then 15, won the tournament. He was hooked.

He competed on the NPC’s amateur circuit for three years.

At 16, he won bodybuilding and men’s physique in the teen division of the NPC West Coast tournament.

He snared second at two tournaments the following season. After recovering from an injury, he roared back to win state championships in men’s physique and teen classic physique in 2019 in Culver City. A few months later, he qualified and competed at the teen nationals in Pittsburgh, Pa. This year, he had planned to compete professionally in the International Federation of Bodybuilders.

The Camarillo man hosted a virtual tournament featuring 10 bodybuilders in May. Fittingly, he dubbed the event the Quarantine Classic. Half the proceeds went to CURE, a nonprofit that helps children with disabilities. Ullerick is proud of his accomplishments in the sport.

“There’s a dark side to everything, but I can say with full certainty that I’ve won all my shows naturally,” Ullerick said. “Every time I got on stage, I was natural.”

Ullerick still grapples with his decision to quit the sport. It’s only been a few weeks since he posted the Instagram video.

“It was hard. It was very hard. I’ve been emotional at times. At times, it’s broken me down. I felt my identity slipping when I gave up bodybuilding. How can I give this up when it’s everything I’ve ever known?” Ullerick said.

“That’s a really scary reality for some people. That’s why some people never get out of bodybuilding.”

He paused before finishing.

“I had invested every single penny I made since I was 16 into my physique,” he said. “To let it go was not easy. It was a hard process. I know my mission right now should be to promote natural bodybuilding. I want to bring people happiness through fitness.”

The dream isn’t over for Ullerick.

Mr. California is ready to take on the world, but on his terms.

“I’m ready to explore life with a different lens,” he said.