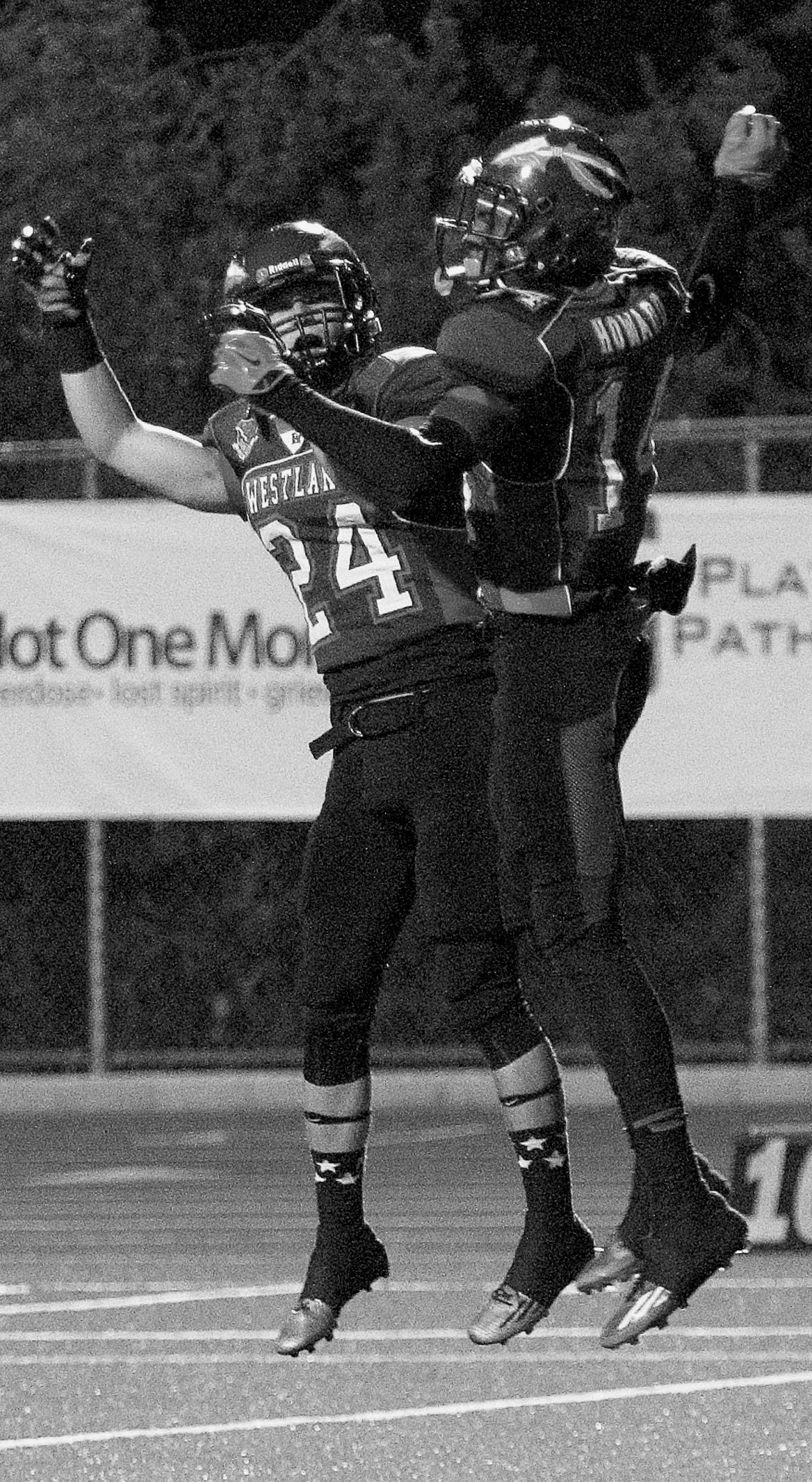 It’s not strolling through Central Park with Mick Jagger or talking with tigers in Lincoln Park Zoo. It’s certainly no Sunday Funday with the cast of “You’re the Worst.”

Westlake pulled out a 25-21 comeback victory against Moorpark on Oct. 23 when quarterback Grant Bunker tossed a 16-yard touchdown to Vincent Corso with 57 seconds remaining in the fourth quarter. The Warriors, however, struggled for much of the night.

“It was a wake-up call for our staff and our players,” Henney said.

The stakes keep getting higher for the Warriors, who have won six straight outings. A seventh straight win on Friday night, against St. Bonaventure, all but assures the team a postseason berth in the Pac-5 Division playoffs. If Westlake falls, nothing will be guaranteed, especially with a showdown against Oaks Christian looming on Nov. 6.

“This is playoff time,” Bunker said.

Westlake struggled to run the ball against Moorpark last weekend.

Starting running back Chase Jasmin, a San Diego State commit, missed the game with an injury he suffered the previous weekend at Newbury Park. He’s got a 50-50 shot to play at Larrabee Stadium, according to Henney. A decision on Jasmin’s availability will be made on game day.

“I didn’t have a very good game ( against Moorpark),” Bunker said. “We came together at the end.”

The senior’s getting ready to face the Seraphs, who feature a stout rushing attack and standout quarterback Darius Vines, whom Henney called “hyper-athletic.”

“We have to perfectly execute everything,” Bunker said of St. Bonaventure. “We know we can score on them and we know we can stop them. We have to have a really good week of practice. I have to step it up.”

The Warriors count on a trio of strong senior receivers.

St. Bonaventure will try to stop Theo Howard, one of the best wideouts in the United States. Howard will announce his college choice on Twitter the day after Halloween.

Shane Ho and Corso stepped up when Moorpark focused much of its attention on Howard.

Ho had a career game against Moorpark: He corralled 10 passes for 169 yards and a touchdown in the win. Corso finished with five catches for 69 yards, including the game-winner. Howard had six catches for 68 yards and a score.

“We’re coming off a shaky game,” Ho said. “We’re going to try to gather ourselves to get ready for St. Bonaventure.

“We have to stay focused on the little things and not dwell on the past. They have a lot of good athletes—we do, too. We have to be smart and work hard. We have to play at our best level to beat them.”

The Warriors are grinding. They hope to have a little fun beating the snot out of the parochial hobbledehoys at St. Bonaventure.

“We don’t have much room for error,” Henney said, “or any error.”