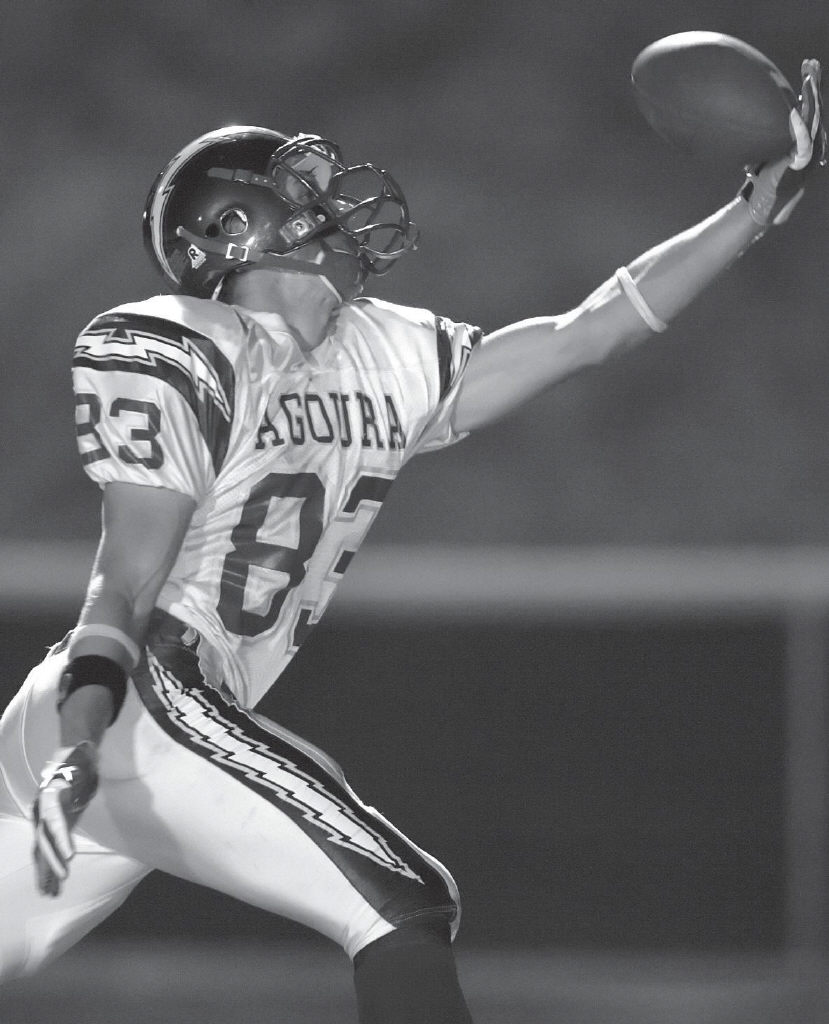 OH, SO CLOSE—Agoura wideout Jerry Henry attempts to make a one-handed catch during the fourth quarter of the Chargers’ victory over Royal last weekend. Henry and the Chargers will travel to Westlake to take on the Warriors at 7 p.m. Friday night. Agoura hasn’t beaten Westlake since 1995. MICHAEL COONS/Acorn Newspapers

A Bolt to the heartSommers vaults to recordLegends of the spring