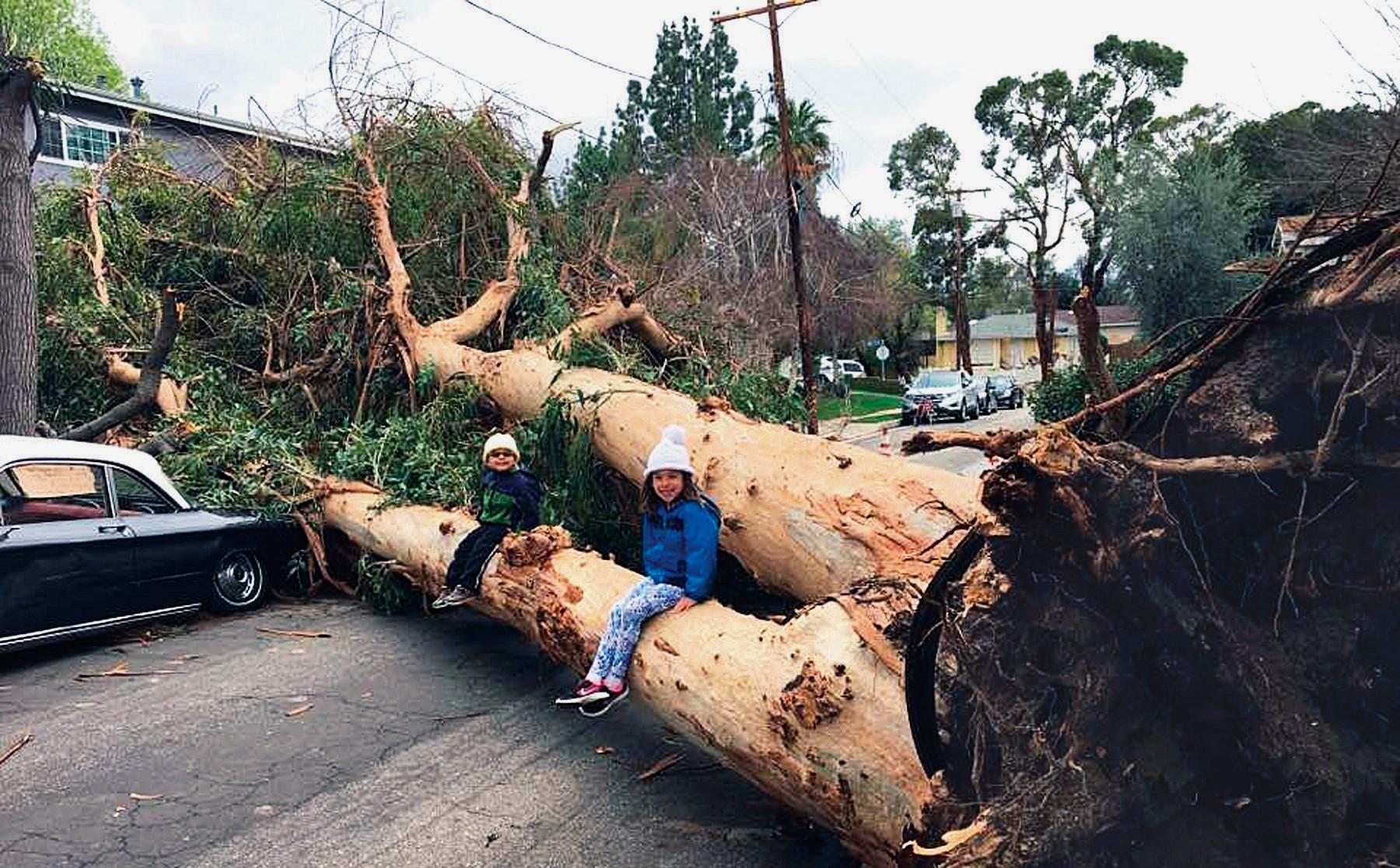 WET ‘N WILD—In the photo at top, courtesy of Calabasas High School principal C.J. Foss, a large tree falls in Woodland Hills. Above and below, the storm wreaks havoc on local streets.

If Mother Nature could end the Southern California drought in one day, this is how she’d do it.

In Westlake Village, the biggest storm of the decade dumped a reported 6.5 inches of rain in the 48-hour period from Feb. 17 to 18, and almost as much in surrounding communities.

The driving rain flooded streets, knocked down trees and sent local streams into a rage. Dozens of trees fell in Thousand Oaks and an 18-yearold man, Josue Trinidad, lost his life after being swept away last Friday in Newbury Park’s Arroyo Conejo wash. His body was found the next day.

Thousand Oaks Boulevard at the Agoura Hills-Westlake Village border became impassable and had to be closed during the brunt of the storm last Friday. Large trees fell in both communities, and Las Virgenes Reservoir in Westlake Village overflowed its banks for the first time since it was built some 45 years ago, sending water over a spillway into Three Springs Park.

The park remained closed through the weekend.

A slope along southbound Lindero Canyon Road in Westlake Village between Thousand Oaks Boulevard and Russell Ranch Road failed on Feb. 17, which required one lane to be barricaded, City Manager Ray Taylor said.

On roads just about everywhere could be seen tree limbs, debris, and mud, lots of mud.

The Los Angeles County Department of Public Works measuring station for Agoura shows a season total of 19 inches. Monte Nido measures 24 inches, and both locations are about 2 inches above normal.

Local fire stations provided sandbags, but at Station 89 on Canwood Street in Agoura Hills where residents were left with the materials to fill their own bags, the sand pile quickly reduced to mud as the deluge intensified.

“The City (of Agoura Hills) fared well thanks to quick action by our staff and the preparation for hard rains performed over the past year,” Agoura Hills Councilmember Illece Buckley Weber said.

“We needed to close Agoura Road at Ladyface Court and Thousand Oaks Boulevard at Lake Lindero on Friday due to the storm, (but) both were reopened on Saturday. I know of no injuries.”

City officials were pleased in one respect.

In Calabasas, traffic lights failed at several locations on Calabasas Road. All Calabasas traffic signals except one at Lost Hills Road and the 101 Freeway were back on by Feb. 18. 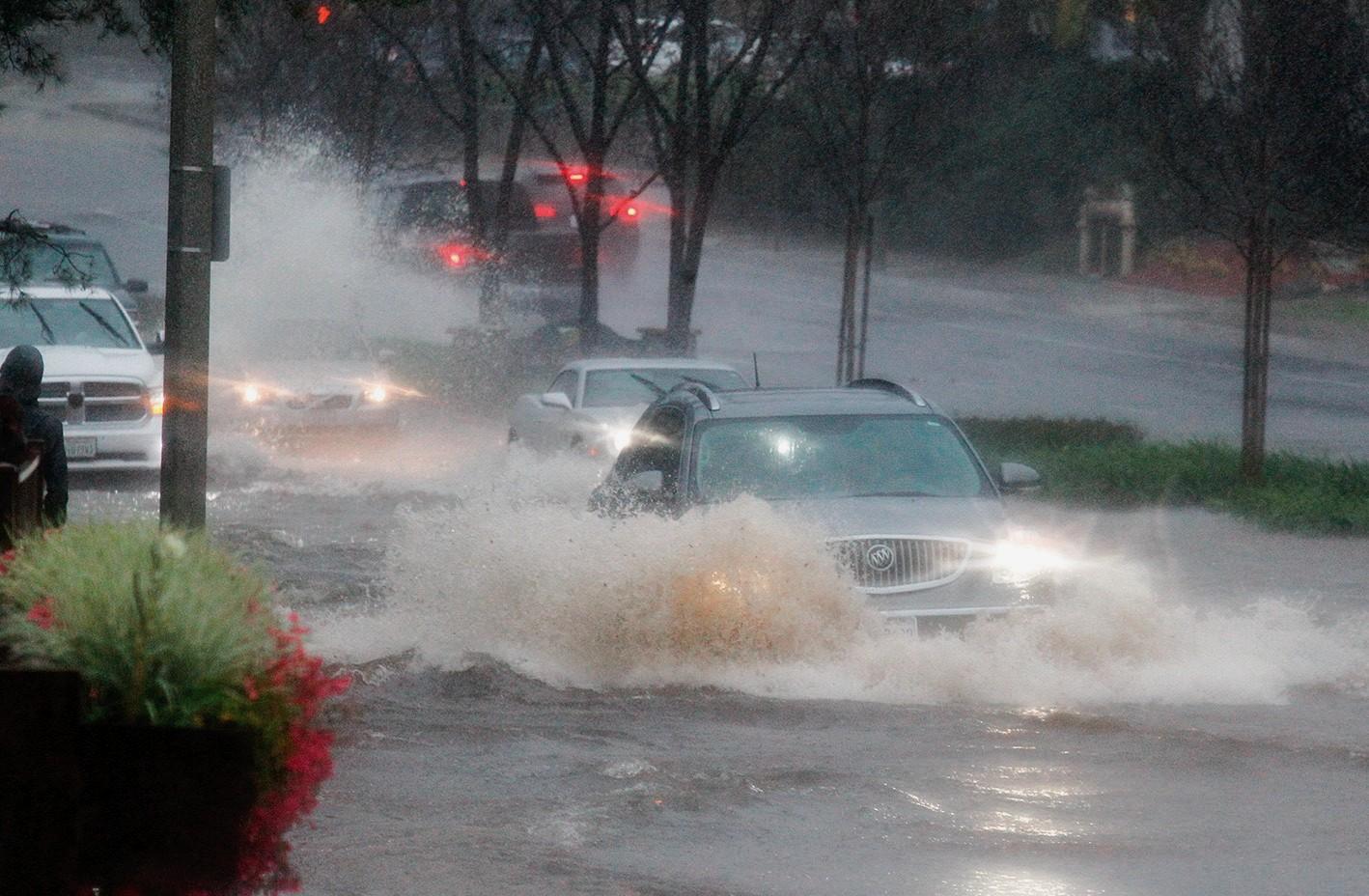 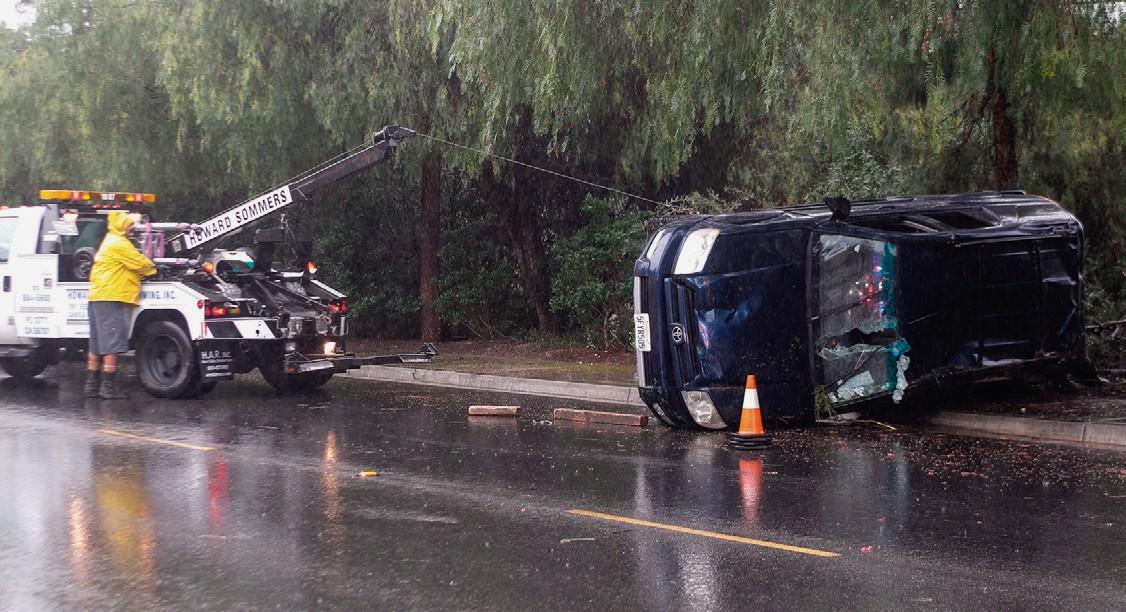 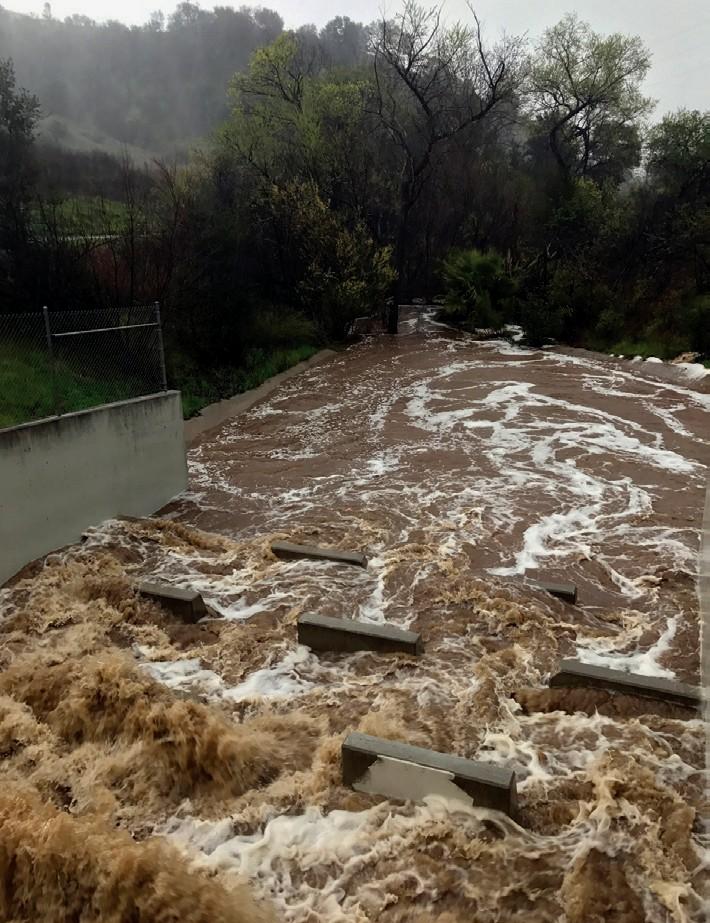 THE WETTEST DAY—At right, a spillway in Liberty Canyon rages following the Feb. 17 mega-storm that dumped more than 6 inches of rain in 48 hours in some locations. Below, desperate residents build sandbags with materials left for them at Los Angeles County Fire Station 89 on Canwood Street in Agoura Hills. But by the time people arrived, much of the sand had turned into mud. Public safety officials advise everyone to build sandbags before a storm begins, not after. 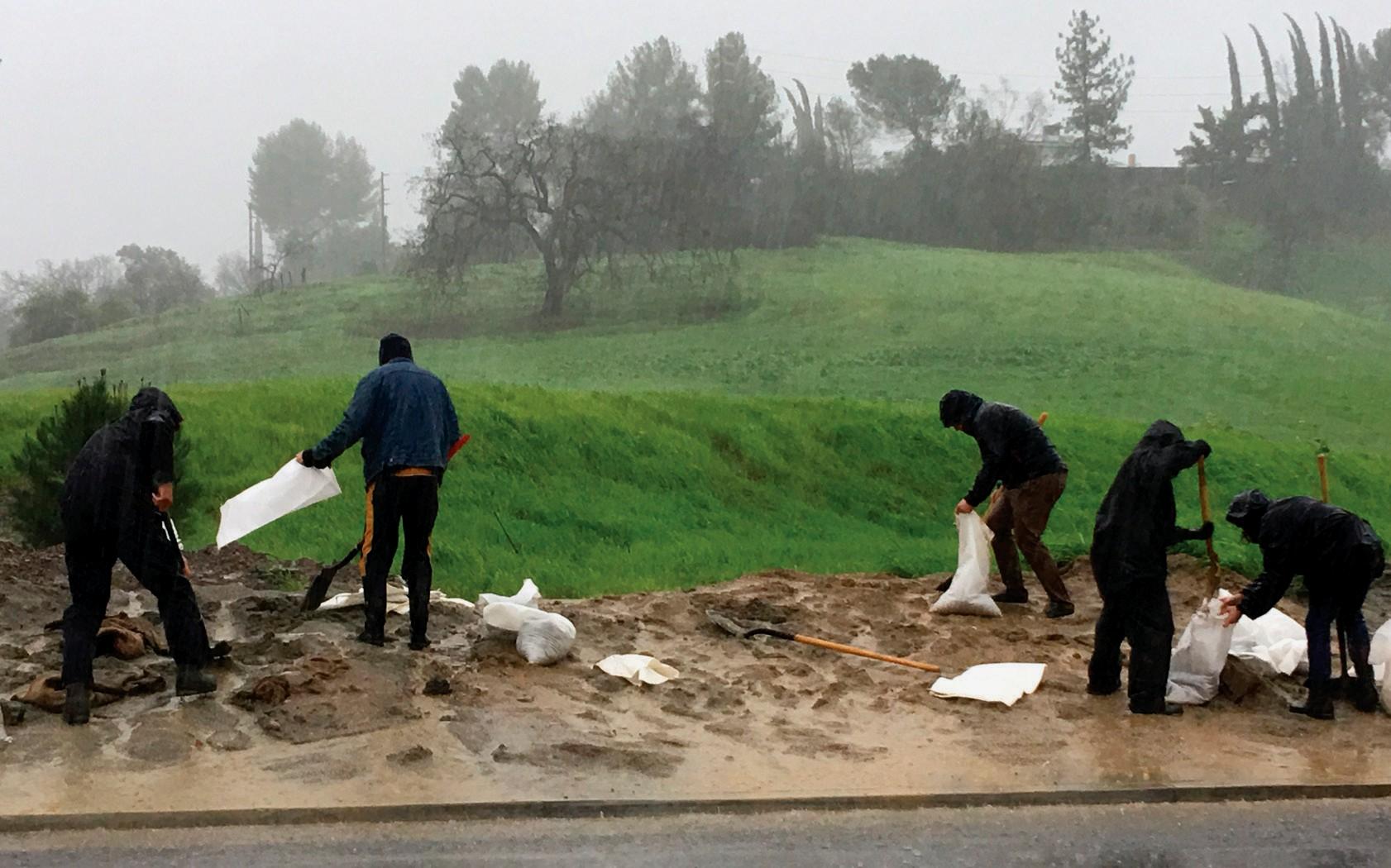