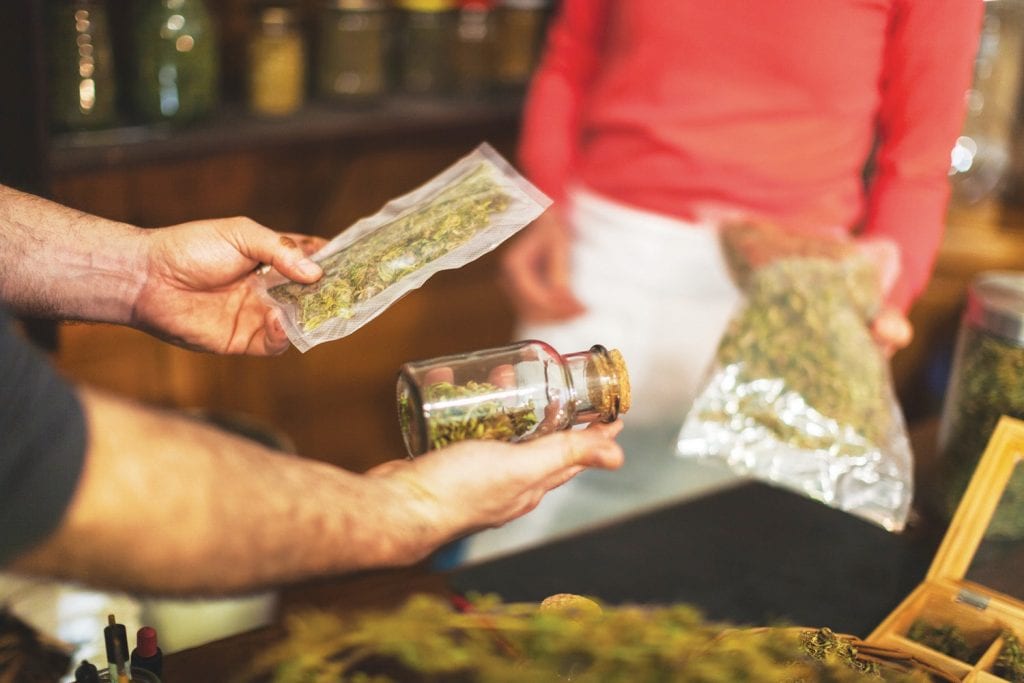 BUY, SELL—Medicinal and recreational businesses that fail to meet government guidelines are being weeded out.

When California voters approved Proposition 64 in 2016, the state faced the problem of regulating what had until then been only a partially legal product.

Cannabis has been available for medical use since Prop. 215 in 1996, but not all cities and counties embraced the now almost 25-year-old law.

As the government issued new business licenses following the passage of Prop. 64 two years ago, some medical retailers continued to market their wares under the older law—despite changes to the cannabis industry brought about by today’s overarching legislation.

State officials say they want to steer customers away from frequenting businesses that fail to meet current standards.

The Bureau of Cannabis Control, the state agency that oversees the industry, is encouraging legal businesses to show customers that their operation is above-board by hanging a quick response code inside the brick-and-mortar store window.

Customers can scan the barcode, also called a QR code, with their smartphone to bring up information about the business’ license.

Alex Traverso, a spokesperson for the cannabis bureau, said businesses aren’t required to display the code, but are encouraged to do so.

“We’re trying to give people more tools in their tool belt to make sure their retail location is licensed,” Traverso said.

“We figured that because it’s around the holidays and people are probably more likely to go out and purchase cannabis, we wanted to try to roll this program out to at least get it on people’s radars, so they’d think about where they’re buying cannabis products, and continue to try to steer consumers toward the legal market and away from the illegal.”

Traverso confirmed that there are numerous businesses across the state still operating under Prop. 215. The bureau is working to either bring the unlicensed businesses into compliance or close them.

“The idea (behind Prop. 64 was), when Jan. 1, 2018 comes around, if you don’t have a license you’ve got to shut your doors. Well, most people aren’t going to do that, especially if they’ve been operating for 20 years and that’s how they make money. When there were no rules it was fine,” Traverso said.

The move toward compliance and transparency affects local buyers who mostly venture into the Valley for their products. No dispensaries have been able to take root here in the Conejo and Las Virgenes valleys since Prop. 215, the state’s first marijuana law, was passed in 1996.

The new vigilance is also motivated by concerns for health— businesses operating outside the law aren’t required to sell cannabis that meets the state’s quality standards.

“Now customers are realizing there’s people out here just trying to capitalize on the fact that there’s still money to be made on the illegal market, and they’re trying to make it as fast as they can before they get shut down, so they’re not concerned about safety anymore,” he said.

Traverso said the bureau believes the unlicensed businesses are operating solely for the profits, not for the well-being of patients.

“In the unlicensed market there’s no need to even pretend anymore that people care about patients; it’s just about making money, so that illegal product is dirtier than it’s ever been,” he said.

Traverso said the QR code is similar to the health department’s restaurant rating that hangs in the window—a way to let customers know their money is going toward a legal, regulated and safe business. The difference in the bureau’s QR code is that it is only voluntary at this time.