Starting to heat up 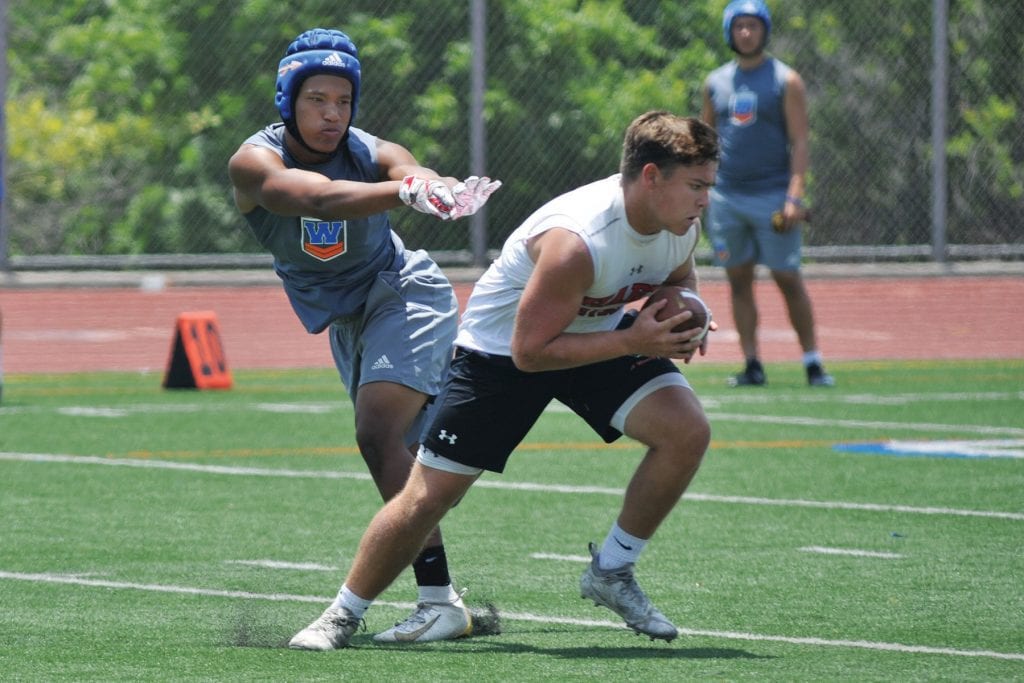 The Conejo Classic just ain’t what it used to be.

The popular 7-on-7 passing tournament, which was once a 20-team frenzy spanning two days in 2011, had only four local high schools represented in a field of 12 football teams on June 15.

Newbury Park, Westlake, Thousand Oaks and Royal showed up to the 14th edition of the tournament, but many stars, including Westlake quarterback Marco Siderman and cornerback Dylan Flowers, and Royal cornerback/ receiver Adama Fall, attended college camps. Westlake’s junior varsity team served as a late fill-in for Agoura, which did not attend.

Players and coaches in attendance seized the opportunity to compete under the gloomy skies. 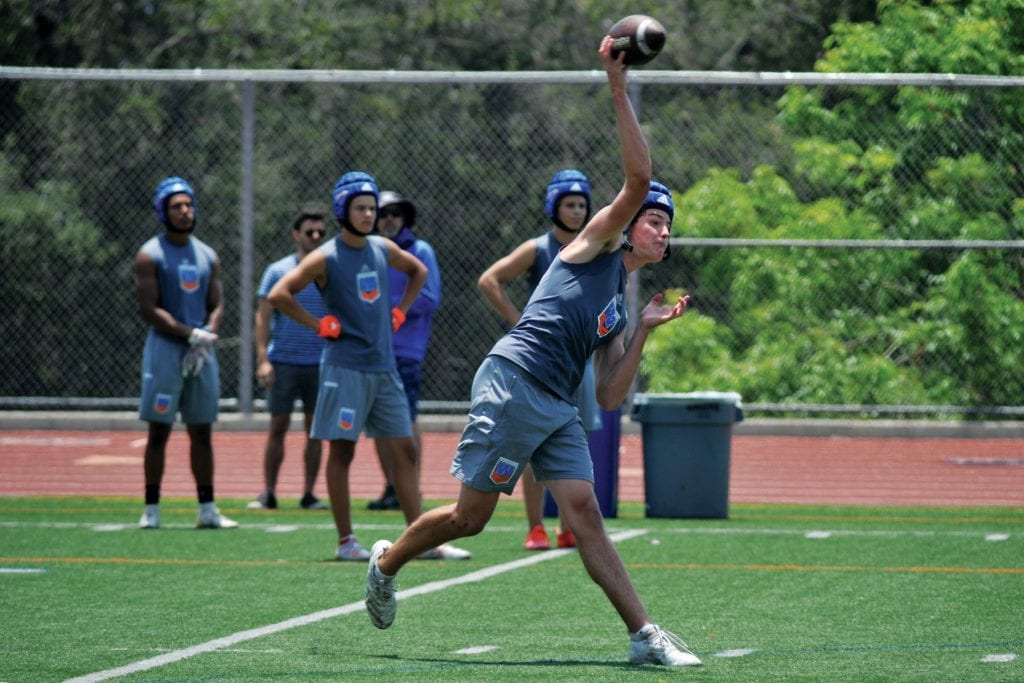 Who won? Who cares. This is summer football without pads.

Players and coaches partook in the tourney to get reps in before the July dead period.

Here are some highlights from this year’s Conejo Classic:

That’s right, it was Warriors vs. Warriors.

“Each game we’re focused on different things,” head coach Tim Kirksey said. “That one was, ‘Go out and play like you’re 8 years old.’ It was cool watching those guys run around and have some fun with it.”

Jake Hoban, a quarterback and safety, had a blast picking apart defenses while Siderman attended a USC camp with Flowers.

Cooper Wallace, an incoming sophomore receiver/safety, and Meshach Tili, an incoming junior wideout, made numerous catches. Both can also play safety on defense. 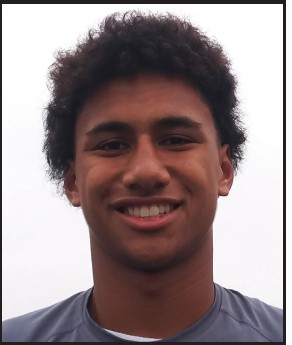 Wallace said he’s hoping to make an impact on varsity after suiting up for the freshman team last fall.

“I’m working on route running and off-the-ball press,” the 5-foot-11, 170-pounder said. “I’m also working on keeping everything in front of me at safety.”

The Black Cat Attack was firing on all cylinders.

Ben Gulbranson, an incoming senior quarterback committed to Oregon State, zipped spirals to an arsenal of receivers, including Braden Hutten and Tyson Lundring. Incoming sophomores Ryan Jordan, a running back and linebacker who transferred from Westlake, and Quinn Haggarty, a receiver, also made plays on George Hurley Field.

“We come out here and we surprise these guys,” Hutten said. “We have some good wide receivers this year, and a good quarterback, obviously.”

Hutten, a 6-foot-1 wideout, said he and Lundring, a 5-foot- 10 slot receiver, have embraced leadership roles.

Lundring said he’s working on his speed to beat linebackers in coverage before enjoying a vacation in Alaska during dead period the first three weeks of July.

Payton Casillas beat a Royal defender and jumped to make a one-handed circus catch for a touchdown.

“Other than practicing on his own,” Chris Casillas said with a laugh. “He’s coming along well. He’s in the mix competing at corner and receiver.”

The competition for playing time at receiver has intensified.

Spencer started at quarterback for the freshman squad for five games before being bumped up to start on JV the final five weeks of his rookie season.

He’s adjusting to the speed of the varsity level.

“Everyone’s a lot bigger and a lot faster,” Spencer said. “There’s a lot more to handle.”

“Guys are progressing,” the coach said. “We’re moving in the right direction.”

The Highlanders have been busy this offseason, competing at the Ventura County Football Coaches Association passing tournament at Simi Valley on June 1 and throwing against Oak Park and Fillmore last week.

“It’s been a great start to the summer,” Hardy said. “It’s just an opportunity for them to compete against each other for their spots.”

Hardy, a first-year head coach, said no one’s starting spot is safe this early in the summer. Even quarterback Tanner Wolfe, who guided the Highlanders to the Canyon League title last fall, is being pushed by fellow gunslinger Garrett Westerhouse.

Royal played without Fall and Chaminade transfer Jonah Burton, a receiver and strong safety. Both were attending college camps.

Christian Foster and Brian Albert, both receivers and cornerbacks, and Cezhon Gayton, a slot receiver, made plays for Royal’s offense.

Soto transferred from Taft in the middle of the 2018-19 school year. He’s eligible to play immediately.

“I’m just trying to be more vocal and get that chemistry down,” Soto said. “We’re getting everything ready for the season.”