Biologists say many animals will eventually wear the device 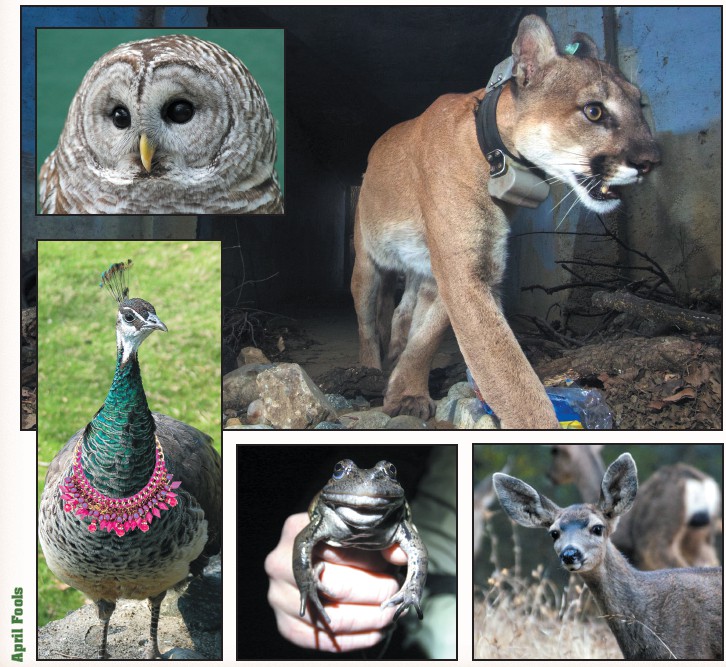 CREATURE STUDY EXPANDS—Left, one of the almost a dozen mountain lions currently fitted with a tracking collar as part of the long-running National Park Service study about the habits and movement of the big cats.

Local biologists have long known that using GPS tracking collars on cougars can help keep tabs on the majestic animal so that their health and habitat can be safeguarded.

This week, park officials announced an expansion of the program and said that local deer, owls and even the showy peacock will be fitted with the collar. The photo at far left shows a peacock in a red designer tracking necklace that reflects the bird’s colorful persona. It works best to put the tracking collar on animals when they are babies, such as the squirrel shown at top. Deer, like the one at left, have long supple necks that are perfect for the GPS device, but it’s believed owls and frogs, also shown here, will not be viable candidates for the study because they have no real necks. 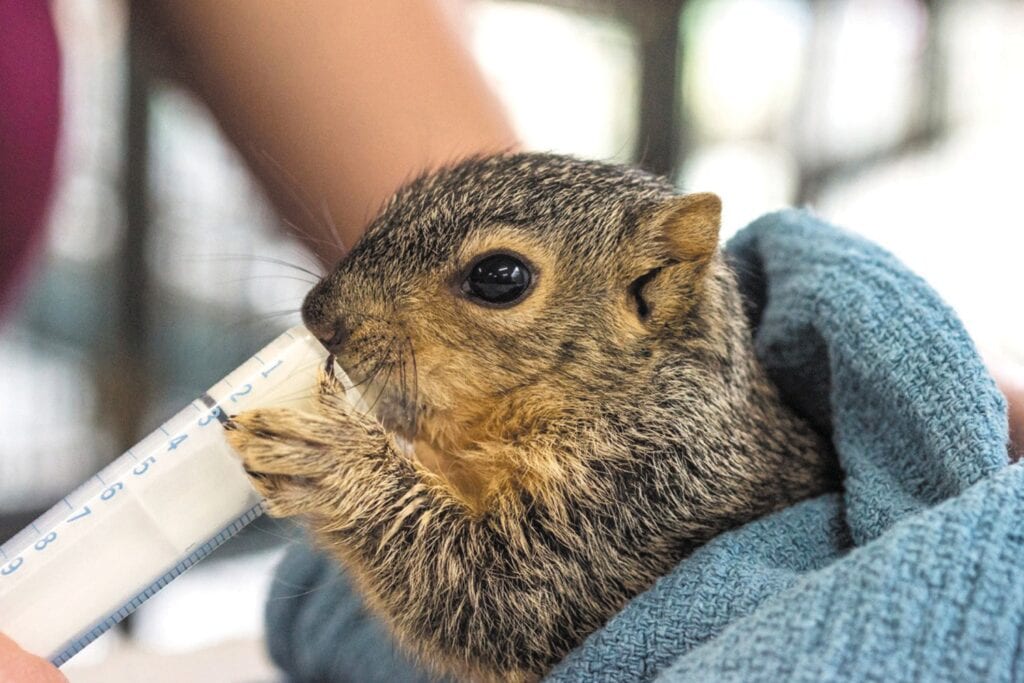 Closed during pandemic, local community center reopens for vaccine clinicHOUSING FOR THE FUTUREFull reopening by June 15 if all goes well