Snake becomes king for a day 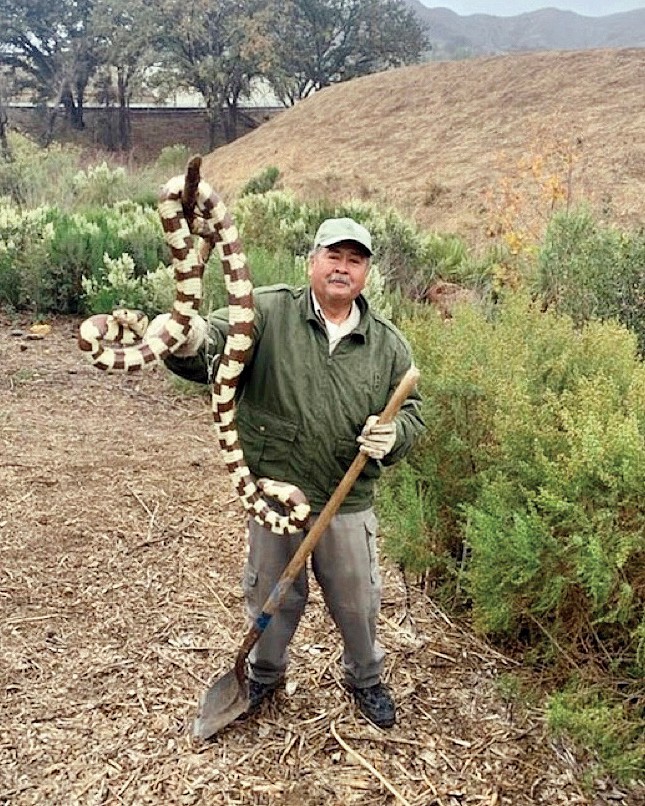 In an area known for its bold rattlers, one snake recently stood out like a sore thumb.

In December, staff member Alberto Silva of the Mountains Recreation and Conservation Authority was tending to a native oak tree restoration project near Liberty Canyon when he noticed a rather large California kingsnake making its way toward a busy road. The slithering behemoth was 7 feet long, and thicker than a large baseball bat.

“ Not a dangerous snake at all, but quite spectacular,” said Dash Stolarz, spokesperson for the Santa Monica Mountains land management agency.

Fearing the large black and cream native kingsnake might not be able to avoid vehicles, Silva returned the reptile deep into a canyon and released it.

“That is the biggest kingsnake I have ever seen,” said longtime area conservationist and watershed manager Melina Sempill Watts on social media, where Silva was quickly praised for his work saving the reptile. 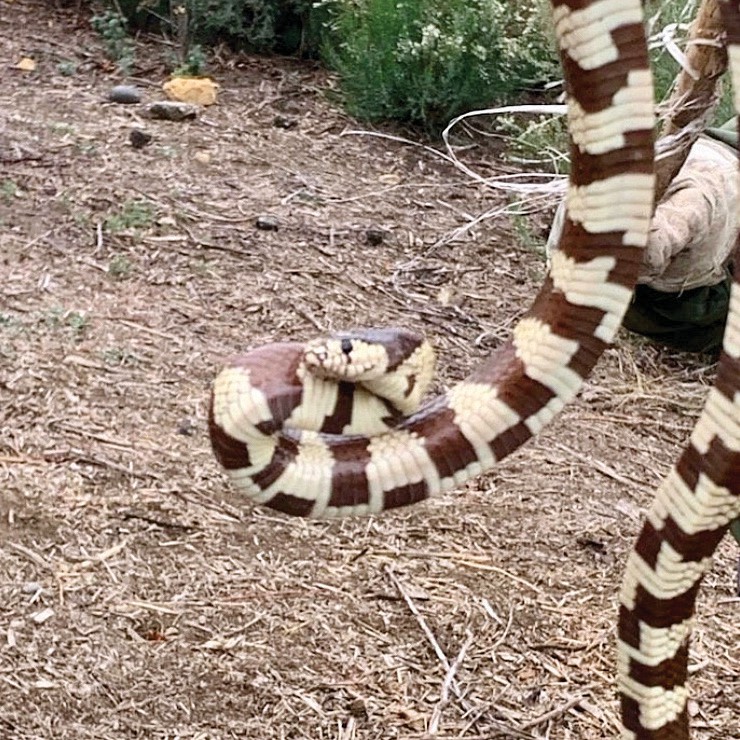 Wildlife Crossing, a proposed 210- foot vegetated bridge over 10 lanes of the 101 Freeway and Agoura Road that will allow animals to safely traverse between the Simi Hills to the north and the Santa Monica Mountains to the south.

Just like cougars, coyotes and other large animals, biologists say, snakes will be welcome to use the bridge for safe freeway crossing too.

Southern California’s woodland chaparral is a favorite habitat for the kingsnake, but because it is also one of the most popular snakes in captivity, it’s possible the specimen could have escaped from a private owner. The theory is supported by the fact that most snakes in nature are hibernating this time of the year.

The average length of the kingsnake is 3 to 4 feet. This specimen was twice that length

“The location of the snake was nowhere near housing of any kind,” she said.