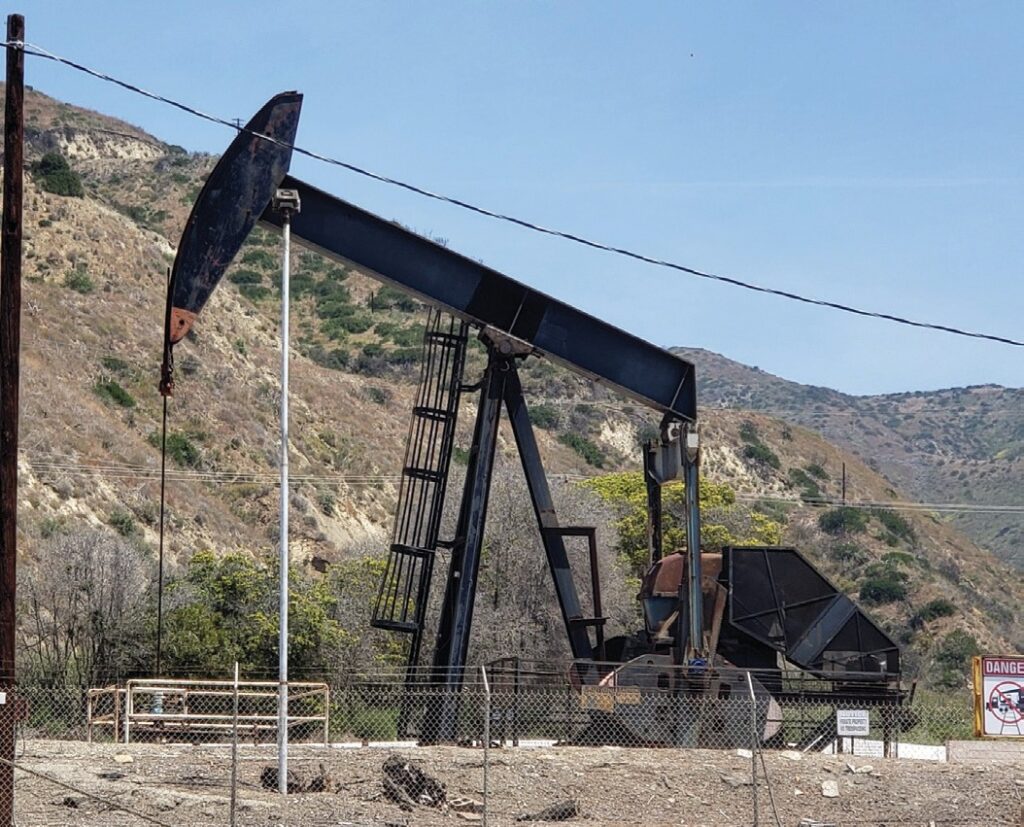 Two June ballot initiatives will ask voters to decide whether new and renewed oil and gas development should have to obtain Ventura County Board of Supervisors approval.

Measure A deals with permits in the coastal area and B pertains to non-coastal areas. Both measures pertain only to unincorporated county areas that are not part of a city.

If the measures pass—they require only a simple majority— they would affirm an ordinance adopted by the supervisors with a 3-2 vote in November 2020 establishing a permitting process that includes environmental review for all new drill sites plus those seeking certain changes without regard to the age of the permit, some of which were issued over seven decades ago with no expiration.

The county, which currently uses two standards, one for pre-1970s permits and one for later permits, would use a single standard under the ordinance.

The Board of Supervisors was forced to either repeal the new ordinance or take the matter to voters following a successful signature-gathering campaign paid for by major oil companies Chevron and Aera Energy (a subsidiary of Shell and ExxonMobil).

Those supporting the twin measures say local oversight is needed to protect public health, safety, and the environment. As things stand, drilling or fracking could occur through drinking water sources, potentially contaminating them, they say.

Moreover, the fact that these initiatives were forced onto the ballot in an attempt to overturn the ordinance is an affront to democracy, said Tomás Rebecchi of Ventura County Save Agriculture and Freshwater for Everybody, which was formed to support A and B and keep the ordinance in place.

“If large corporations or industries don’t like our laws, they can spend money to get them changed,” Rebecchi said. “They’ve spent $8 million as of two days ago.”

In this case, Rebecchi refers to the likes of Aera Energy, Chevron, and the California Independent Petroleum Association, which had contributed $6.5 million, $750,000, and $50,000 respectively, according to an April campaign finance disclosure, but he’s concerned, too, with a wider trend where the same could happen with any wealthy entity.

SAFE had received $550,000 by the same report date. Much of its funding came in donations under $1,000 via intermediary ActBlue LLC, but the organization does have a few big contributions, like outdoor outfitter Patagonia, which had given around $450,000.

Because early permits were issued with no limits on numbers of wells and no expiration dates, oil companies can drill anywhere within the areas permitted.

“They basically can have as many wells as they want, wherever they want, whenever they want into perpetuity,” Rebecchi said. “And yes, there were some houses built after the permits were issued, but they were built before we knew the health damage that comes from living next to them. Some of those people don’t have the option to move, but we can stop it from continuing.”

Such oversight is redundant and potentially harmful to the economy and the environment, opponents to the measures say.

“We’ve pretty much joined the coalition in opposition against A and B,” said Jim Vigdor, director of government affairs for the Simi Valley Chamber of Commerce. “Our primary reason is the increase in gas prices. We don’t want it to increase any further.”

Simi’s chamber joins West Ventura County Business Alliance of the Oxnard and Camarillo chambers as well as the Greater Conejo Valley Chamber of Commerce, whose opposition is based largely on the burden the permit process change places on businesses.

“Any time there’s a small change, they’d have to get a permit,” said Conejo Chamber CEO Danielle Borja, comparing the process to having to get a permit every time someone changes their car’s oil. “Having supervisor oversight is not appropriate process for something like a permit . . . which is typically handled at a staff level with people who are very informed as to what the needs are.”

The type of permitting asked for in Measures A and B is not done anywhere else in the state, Borja said.

The issue is one that has come up not just for the entities donating millions to the campaigns, but for those seeking a seat on the Board of Supervisors. In a recent forum co-hosted by the Acorn Newspapers, candidates for the District 2 seat being vacated by Linda Parks weighed in.

Republican candidates Jeff Gorell and Tim McCarthy said they were not in support of the anti-drilling measures.

“What Measures A and B would do would be to take (the regulatory) process out of the world of natural science and inject it into the world of political science,” Gorell said at the May 11 forum.

“Adding restrictions to allow the Board of Supervisors—any one of us three—to sit there and arbitrarily say, ‘No, we don’t want to do this,’ and lose jobs is not economic intelligence,” he said. “We should actually increase production, bring more employees in and help produce more oil, which will not only help our state but our county.”

Only Democrat Claudia Billde la Peña supports the measures, arguing the state doesn’t have the best record when it comes to oversight. The county voice is needed.