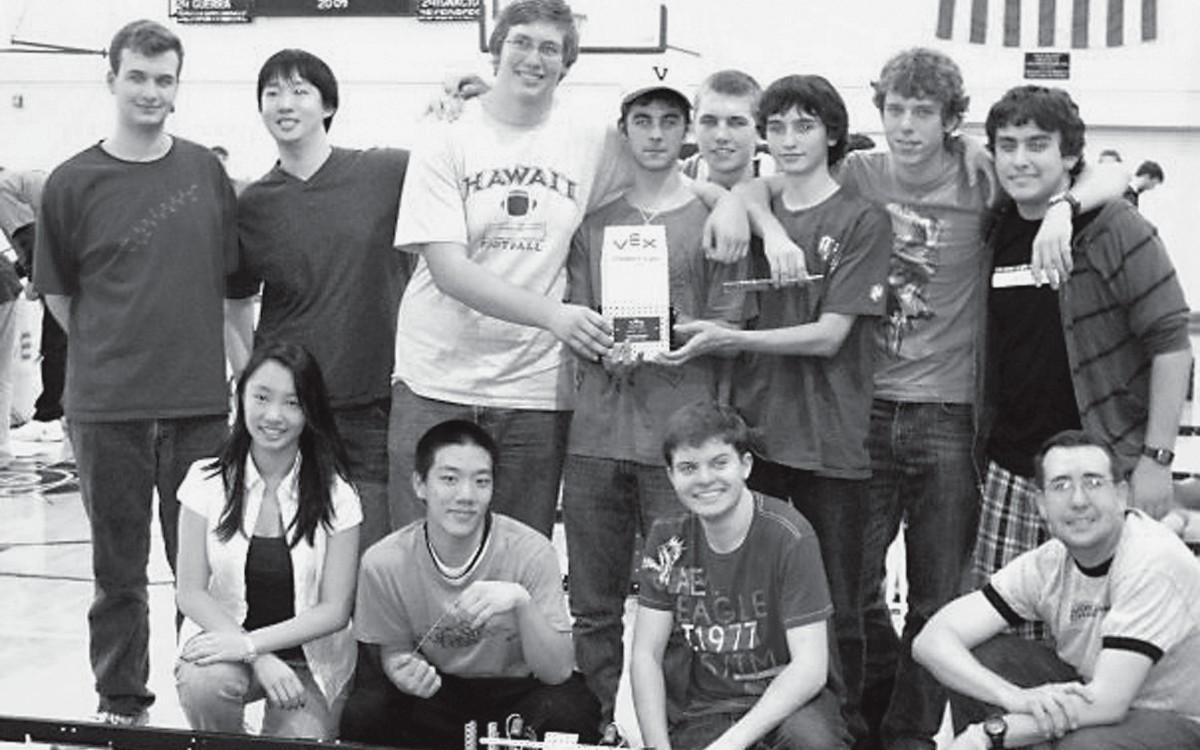 Viewpoint School recently qualified for the World VEX Robotics Competition scheduled for April 2010 in Dallas, Texas. This is the second year Viewpoint’s Engineering and Robotics Team has entered a robot-building competition, and the second year to qualify for international competition.

More than 1,000 teams from 13 countries participated in qualifying tournaments that sent 200 teams to the robotics championship in Dallas.

VEX Robotics, a division of Innovation First Inc., is a schoolbased robotics platform that an estimated 3,000 schools include in their science curricula. Innovation First sells educational and competitive robotics products. The World Robotics Competition offers an outlet for students to test their skills in building robots.

“In the regional Vex Robotics competition, The Robodox/SMI Vex Clean Sweep Challenge, our robot did not have the most bells or whistles, but through solid engineering, a good support crew, good scouting, and a without making operator mistakes, consistency prevailed,” said Upper School science teacher and Robotics Team coach Lance Argano-Rush. “It is a major accomplishment to qualify for the international competition, and the entire team should be proud of the efforts they put in to the event.”

Viewpoint School in Calabasas is a nondenominational, coeducational private school of 1,200 students in kindergarten through grade 12.