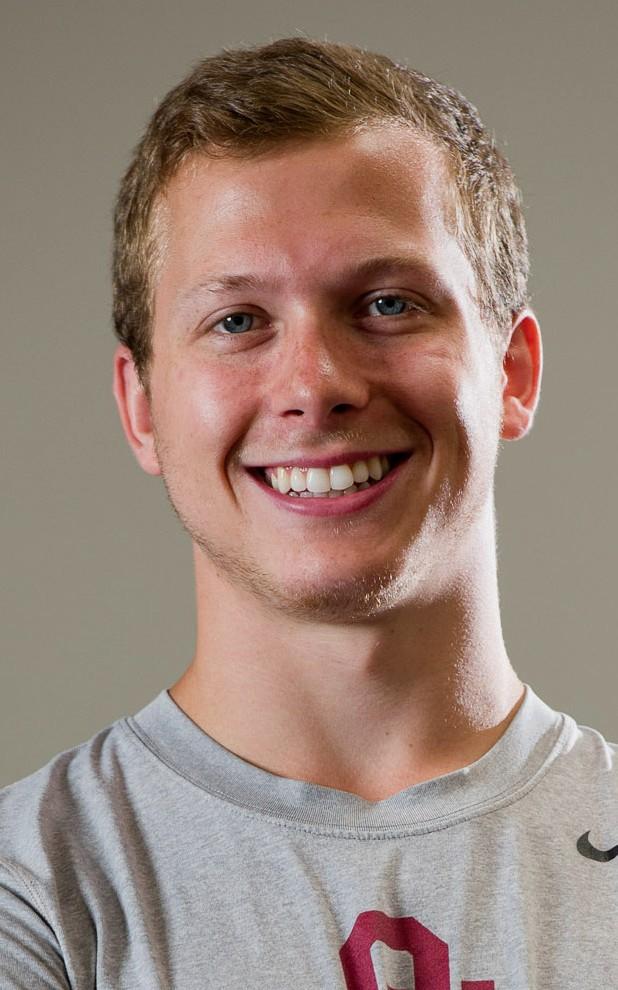 He started doing cartwheels and forward rolls in his home at 2. He had been a gymnast since he was 4. He was a dynamic, hardworking, cerebral athlete who loved performing on a stage. He was a natural gymnast.

In high school, however, his joy for the sport waned.

“I really didn’t like gymnastics, honestly,” Robin said. “It’s hard and it hurts your body. I didn’t want to do it anymore, but I had talent for it.

From overlooked walk-on to senior captain of the University of Oklahoma men’s gymnastics team, Robin helped the Sooners win an NCAA national championship on April 10 in his Norman home gym.

Robin, a 2011 Calabasas High graduate who trained at Victory Gymnastics Academy in Newbury Park, tried out for the U.S. Olympic squad while competing all four years at Oklahoma. He won two individual NCAA titles, in the floor exercise and vault, during his junior season. He placed fifth in the all around as a sophomore. He was 10th on the floor and 10th on the pommel horse during this season’s finals. He earned five All-American honors.

The gymnast helped the Sooners place second in the tournament for three straight seasons before leading Oklahoma to a perfect 26-0 record and ninth national championship.

“Alec was one of the best kids we’ve ever had in the program,” Oklahoma head coach Mark Williams said. “We miss him already.”

Robin, 21, is home for the summer, coaching at Victory Gymnastics.

He’s working with Level 5 boys between the ages of 8 and 10.

“There are no consolation prizes in gymnastics,” Robin said. “Not everyone gets a trophy.”

Youngsters now look up to Robin, who begins dental school at the University of Pennsylvania on Aug. 17.

“Alec is just a fun-loving kid,” said Howard Laguna, owner of Victory Gymnastics. “People like to be around him.”

Gymnastics isn’t all about finesse and graceful power. It takes guts.

“Falls can be scary,” Laguna said. “Falls are inevitable. Some falls can be so scary it freaks kids out.

“With Alec, every single time if he would fall, he would not get scared. He’d get angry,” Laguna said, before snapping his fingers, “and get right back up.”

Robin did not plan to attend Oklahoma.

“I was supposed to go to Ohio State,” he said.

The Buckeyes coach retired, however, and the California gymnast was out of a roster spot. Robin was already late to the recruiting game; he frantically started looking for schools in February 2011, his senior year at Calabasas.

Robin emailed Williams, who responded by asking the Coyote to send him a highlight video. Robin didn’t have a recruiting video, so the next day he went to the gym, recorded an impromptu routine and sent Williams footage from that workout.

In May 2011, Robin introduced himself to Williams during the Junior Olympic National Championships in Long Beach.

“He came up to me and said, “I’m coming to your school,’” Williams said of the meeting. “And I said, ‘Who are you?’” And then I watched him and thought, wow, we’re getting someone no one else saw who has some real talent.”

Robin survived the cuts during Oklahoma’s tryouts. He made an immediate impact with the Sooners.

“He was willing to do everything we asked,” Williams said. “He ended up being a tremendous leader for my team, finishing as an individual national champion and a team national champion. . . .

“Alec is one of my favorite people. I have nothing but good things to say about Alec. He was in my group the whole four years. I got to work with him every single day.”

Robin thrived under the spotlight.

“He’s very good under pressure,” Williams said. “He knew how to handle the situation and knew what was important to the team.”

Capturing the NCAA championship meant more to Robin than all the individual accolades and victories.

“We really wanted the title,” Robin said. “We were hungry. We kept pushing every day in the gym.”

Men’s gymnastics has been struggling for many years.

There are only 16 NCAA teams. Temple University, which fielded a competitive squad for almost 90 years, was stripped of its Division I status last year. Temple has a club team. California Berkeley has an NCAA team, but the Golden Bears offer no scholarship money and rarely travel to meets.

Robin, who earned a biology degree while minoring in Spanish and chemistry, is disheartened to see a sport he loves struggle to grow.

“It’s a dying sport,” he said. “I think it will be gone in the next 10 to 15 years as an NCAA sport. It’s sad. A lot of the younger guys won’t get an opportunity to compete in college.

“I don’t want to see it disappear.”

He encouraged the sport’s extended family to donate to USA Gymnastics; he said the organization is working to save the sport from NCAA extinction. Gymnasts at other universities, including Oklahoma, donated money to keep the Cal-Berkeley program on life support.

Robin encouraged curious fans to watch and then get hooked by watching men’s gymnastics bouts in person.

“We need to support each other to keep us alive,” Robin said. “A lot of people don’t understand gymnastics. It’s like a Cirque de Soleil show. You put on a spectacle. We need to get people to go see college gymnastics.”

Robin is now an ambassador for the sport. He coaches, shares stories and speaks glowingly of gymnastics.

“I want to get the general public to know what gymnastics is about,” he said.

“It’s supposed to be hard. It teaches the benefits of hard work. I recommend parents to get their kids, boys and girls, active in gymnastics.” 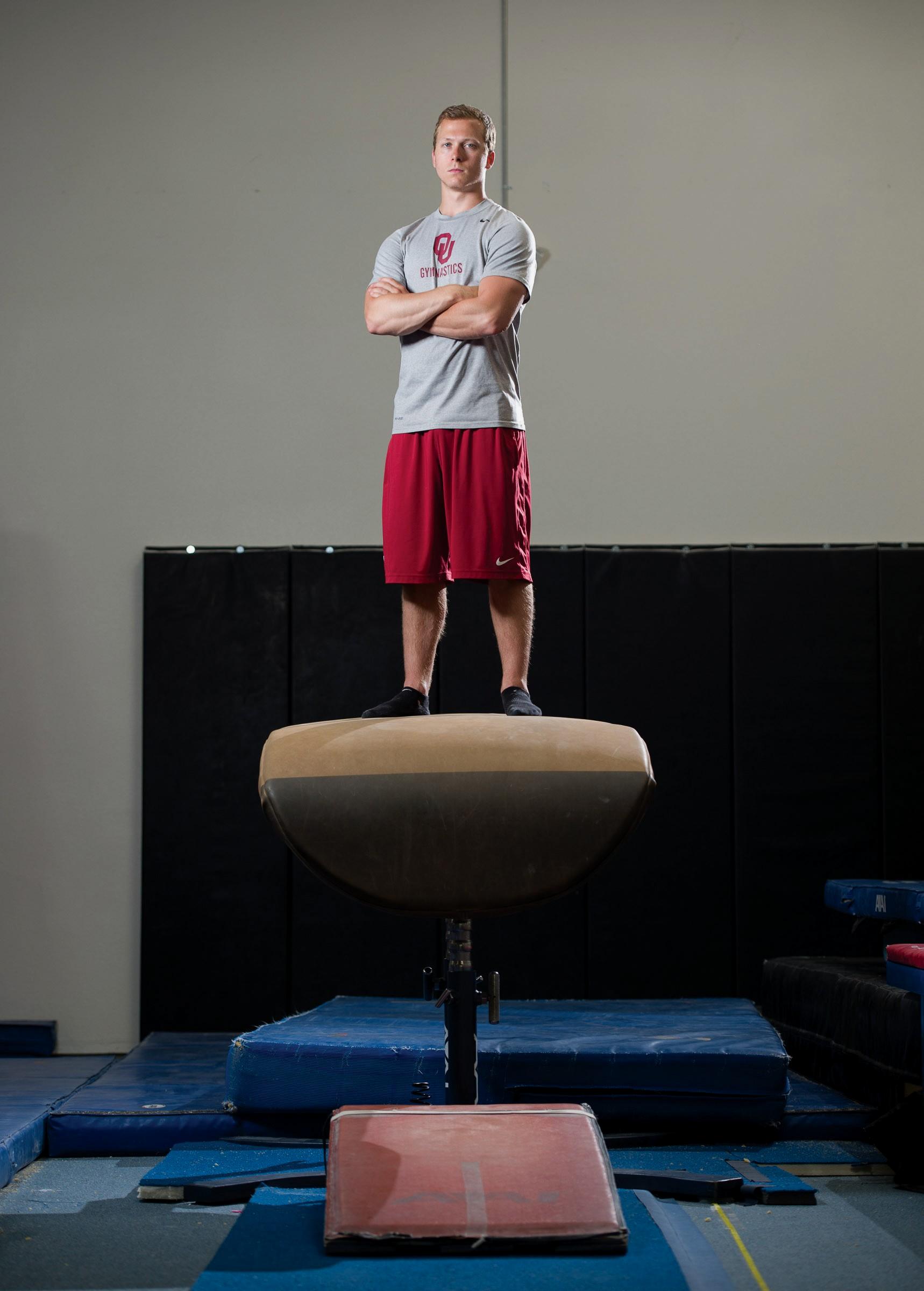 ON TOP OF THE WORLD—Alec Robin, a 2011 Calabasas High graduate, was a senior captain and all-around specialist for the NCAA champion University of Oklahoma men’s gymnastics team this season. 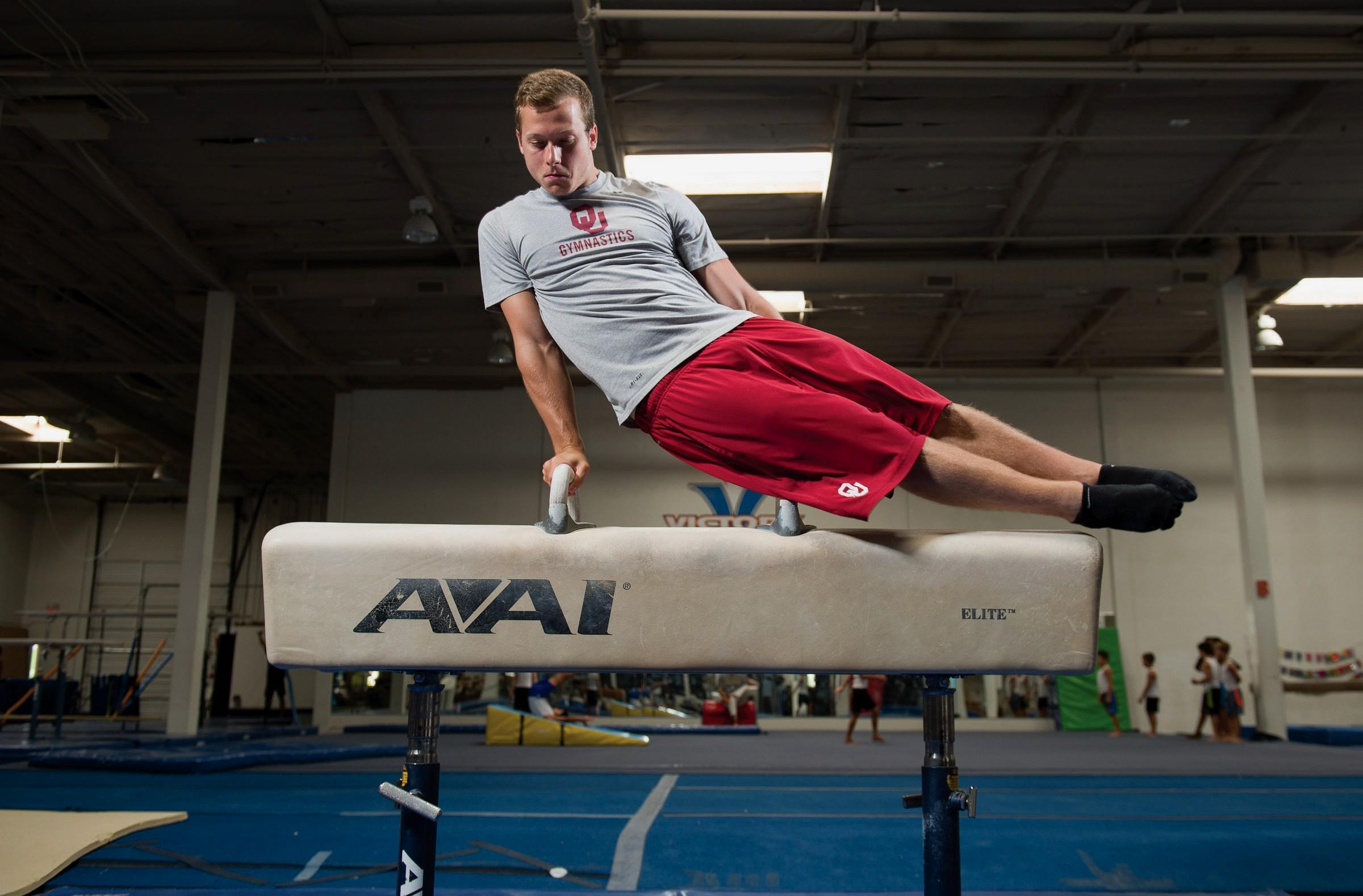 HORSING AROUND—Alec Robin does a short routine on the pommel horse at Victory Gymnastics Academy in Newbury Park on Tuesday. Robin will study dentistry at the University of Pennsylvania. 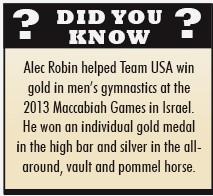 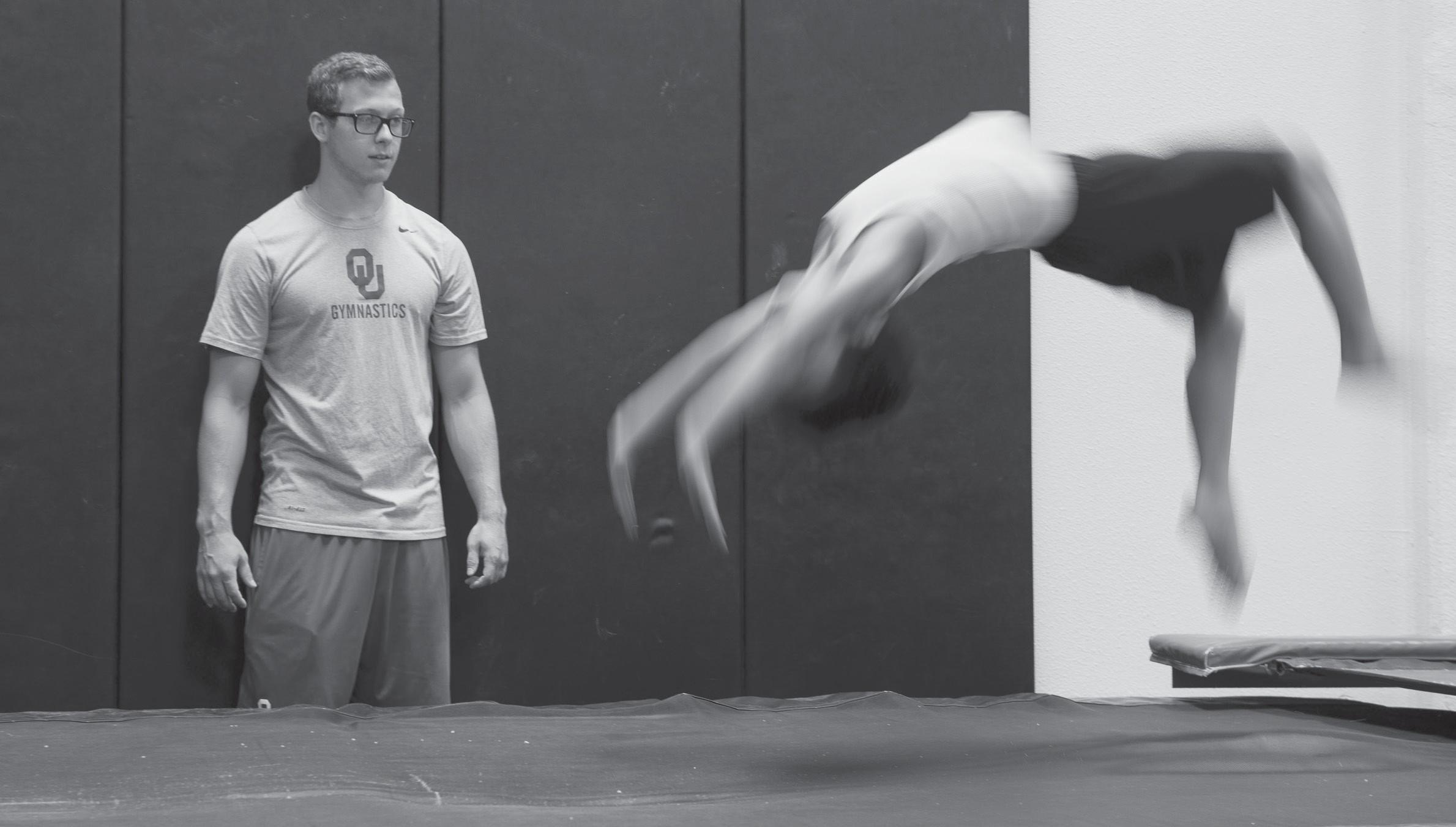