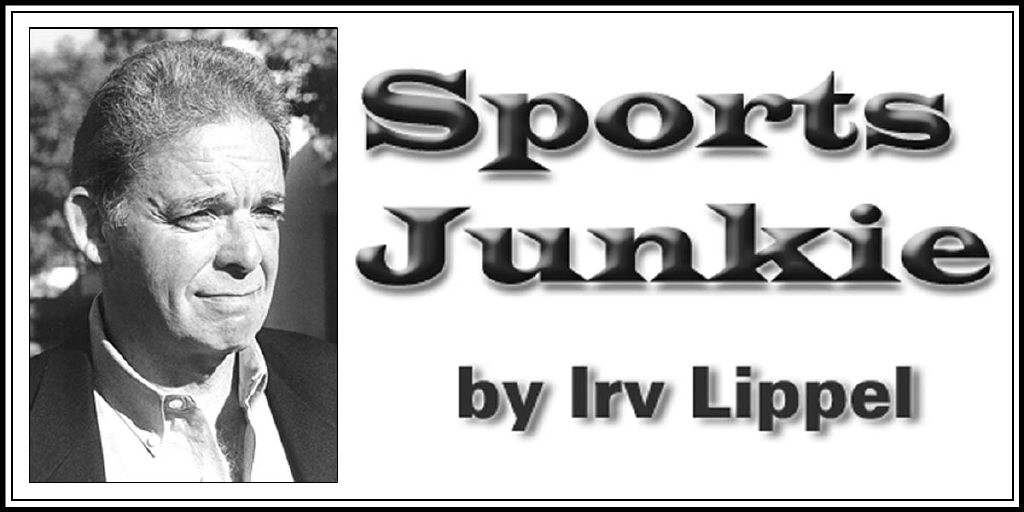 One of my frequent Sports Junkie e-mail pals is a very sports-savvy guy named Jonathan Krost. I would not go "all in" against him in a trivia contest; my sports knowledge pales by comparison to his. He happens to be from my hometown of St. Louis. I had the pleasure of spending an evening with him in a local sports book recently (the Cards beat Houston in a playoff game that night, so we were both happy); we wore out the subject of sports trivia.

Story of the Week The Men’s Olympic basketball team has caught much heat for it’s less-than-gold performance recently. I don’t have a problem with the result. My problem deals with those mega-millionaire NBA players who were invited to represent our country, the same country in which they make all those bucks, in the Olympics, and didn’t. It prompted me to phone the U.S. Olympic headquarters for the names of those players.

My conversation with Craig Miller (Craig officially is Assistant Executive Director of Communications, USA Basketball) was most enlightening. He shared that list with me. He also pointed out the various reasons why some of the players who were invited elected not to participate. The reasons included court problems (we know who he is), other personal problems, injuries, and expected child birth. In one case, a particular player dreads flying; he obviously must do it during the NBA season, but he’s scared stiff of it. And, yes, the reason in a couple of cases was the lack of desire to make the strong personal commitment necessary.

Although I could rattle off the specific list here, I’ve elected not to do so. I’ll merely state that it would be a great thrill for me to represent my country in the Olympics were I a talented athlete asked to do so. If I live in a country that permits me the luxury of earning the kind of money these guys make, then I owe it to my country to bust my hump for that coveted gold medal.

Craig and I touched upon another topic that I’ve always found rather interesting, though it is a departure from the basic theme of this article. All of our major sports use the term "World Champions" in their reference to the champions of their particular sport. Craig and I both feel it’s overkill. Who’s to say that another country’s baseball, basketball or hockey team couldn’t beat the recognized pro champ of that given year in MLB, the NBA or the NHL? The NFL could be the only exception based on the unique way our game of "football" is played. But the winning team of the forthcoming World Series is not necessarily the "World Champion."

My thanks to Craig Miller for a most informative conversation. Cheers to all of our Olympic performers, coaches, etc. And special congratulations to our Women’s Olympic basketball team for its third straight gold medal and 24th. straight Olympic game victory.