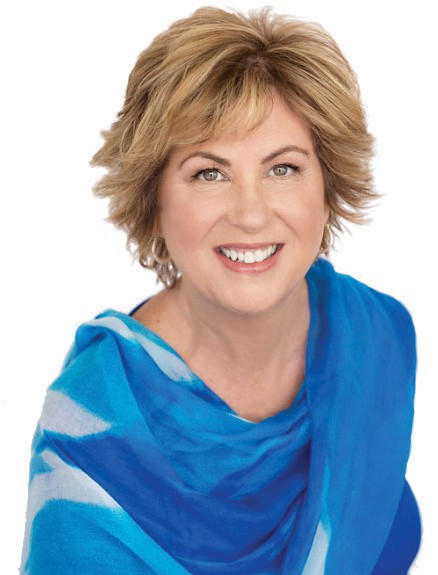 Andrea Gallagher, a certified senior advisor, is president of Senior Concerns, a nonprofit agency serving Ventura and western Los Angeles counties. For more information, visit seniorconcerns.org, and for comments or questions, email her at agallagher@seniorconcerns.org.

Recently I noticed the ATM in my grocery store had been removed. I was a bit baffled by the decision, and a bit annoyed.

The location was convenient. I could combine my shopping trip with banking. One stop, two chores accomplished.

What I did not think about at the time is the safety and security that an in-store ATM offered me. The next closest ATM is in a bank branch, a newer building in the far corner of a shopping center.

A few Sundays ago, around 6 p.m., I parked my car and entered the vestibule of the bank to use one of the two ATMs there. I looked around at my surroundings and realized there wasn’t a soul in sight, no foot traffic or even cars driving by.

I thought it was odd that you did not have to swipe your ATM card to enter the vestibule; the doors were unlocked for anyone to enter.

As I was making my transaction, a man entered alongside me. He was wearing a face mask and a hat and went to the other machine. Something immediately did not feel right. Fortunately, my cash was quickly dispensed and I left the foyer posthaste.

I noticed this man’s truck was parked with the engine running in a no-parking zone right in front of the bank lobby. The bank is less than a half mile from a freeway entrance.

As I got in my car, locked the doors and sped away, it occurred to me what a sitting duck I must have been. Had this person intended me harm I would have been an easy target, and he would have had no problem making a clean getaway. I realized as I drove home how safe I’d felt getting cash from the ATM when it was in the store. This new location was not safe, and I do not intend to use it ever again.

I hope I don’t sound paranoid. I’m hypersensitive these days after my wallet was almost stolen a few months ago.

Of course, I was doing what everyone tells you not to do. I had my purse sitting in the top basket of my shopping cart.

In one of the first aisles I entered, I could feel this couple around me. Both had their own baskets, but they appeared to be together. At one point they were blocking my path, so I moved out of their way and waited until they selected their items and moved on.

Later, while in the frozen food aisle, I again saw the man ahead of me. I didn’t know at the time the woman was behind me. I reached to get an item in the freezer door, and out of the corner of my eye I saw the woman abandon her cart and join the man leaving the store.

I did not even get the item. I turned immediately to check my purse and sure enough my wallet was gone.

I chased after the couple yelling, “They stole my wallet, that couple right there, him with the khaki shorts and black basketball hat and her with the pink top.”

I had almost reached them when the man suddenly stopped, turned around and reached his arm up high. In his hand was my wallet. He said it had fallen on the floor (it had not).

I grabbed it out of his hand and headed back to my cart and my purse.

It was then that the enormity of what happened hit me. I chased down a criminal and cornered him. When he reached his arm up high, it could easily have been a weapon instead of my wallet.

As it turns out, the man was loitering outside the store. The manager followed him and then chased him until the man got in a moving truck that clearly had been coming to pick him up.

The manager was able to get a photo of the license plate and we called the police. That, along with the store video, would provide some concrete evidence. However, the man and his accomplice had masks on, so that invariably would make identification harder.

As of the writing of this column I have not heard if the police were able to catch the thief and his accomplice.

But one thing I do know is that I have reached the age where I am a target for this type of thing. Young women are faster, probably stronger and don’t carry big purses like us older women do.

The moral of the story: Make it a point to be aware of your surroundings and take precautions to prevent yourself from being a target.