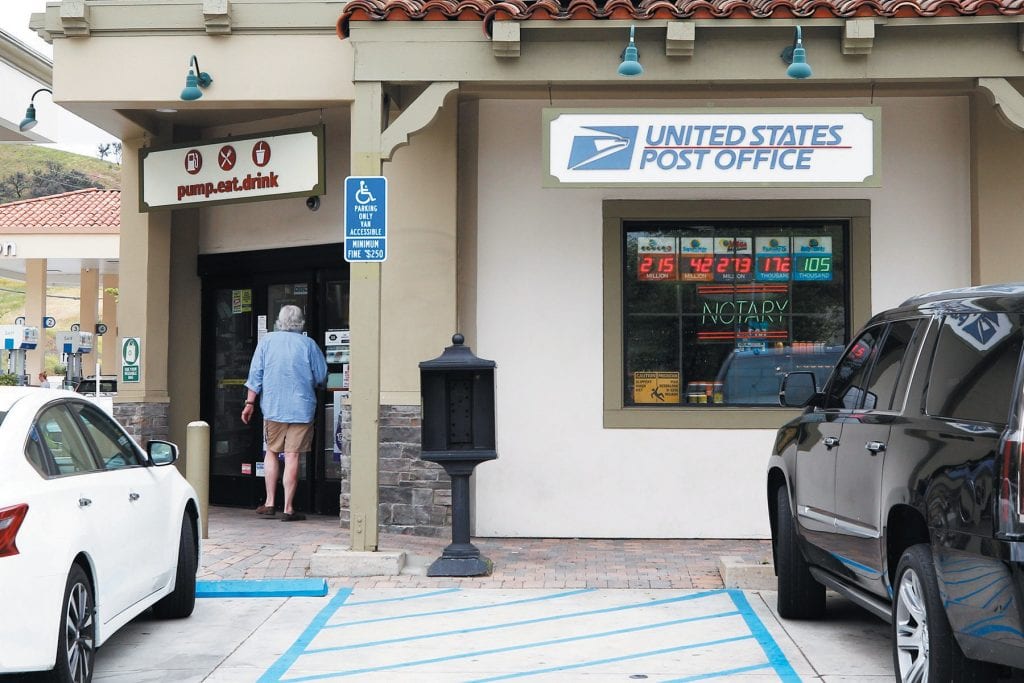 The arrival of digital technology means that most physical mail has been reduced to coupons, advertisements and bills. But until Google develops the means to email a package, people will still need the post office.

In western Calabasas, there soon will be no post office at all.

The United States Postal Service announced its outlet on Las Virgenes Road will be closing in July. The facility, which has been open for 13 years, operates out of the Shell gas station just off the 101 Freeway.

The station’s long-time owner recently sold the property to another business. A representative for USPS said the postal outlet contract can’t be transferred to the new owner, so the sale of the station necessitated the branch office closure.

Calabasas City Councilmember James Bozajian said he was surprised to hear the post office was closing. He said he’s been using it for years and had the impression it remained busy. It’s the only postal service on the west side of the city.

“It’s very convenient for people. It’s pretty heavily used. (It’s not a full post office), but it’s got just about everything you would want to do at a post office,” Bozajian said. “The word is the post office is looking now to enter into an agreement with another business owner on the west side.”

Residents of western Calabasas will now have to go to the post office in Agoura Hills, on Clareton Drive, or to the Postal Annex in east Calabasas on Park Granada.

Bozajian said that before Calabasas was established as a city, the area was designated by the USPS as a “rural route,” so there was no priority to build a full-fledged postal office.

“ Obviously our city has grown since then. I’m very frustrated; I’d love to see us have a full-branch post office. Every other city in the area has one and 91302 doesn’t,” Bozajian said. “They’re easily serving 40,000 people and a huge geographic area. There’s no reason not to have one.”

For the facility to reopen, another business would have to offer a space that the postal service could lease.