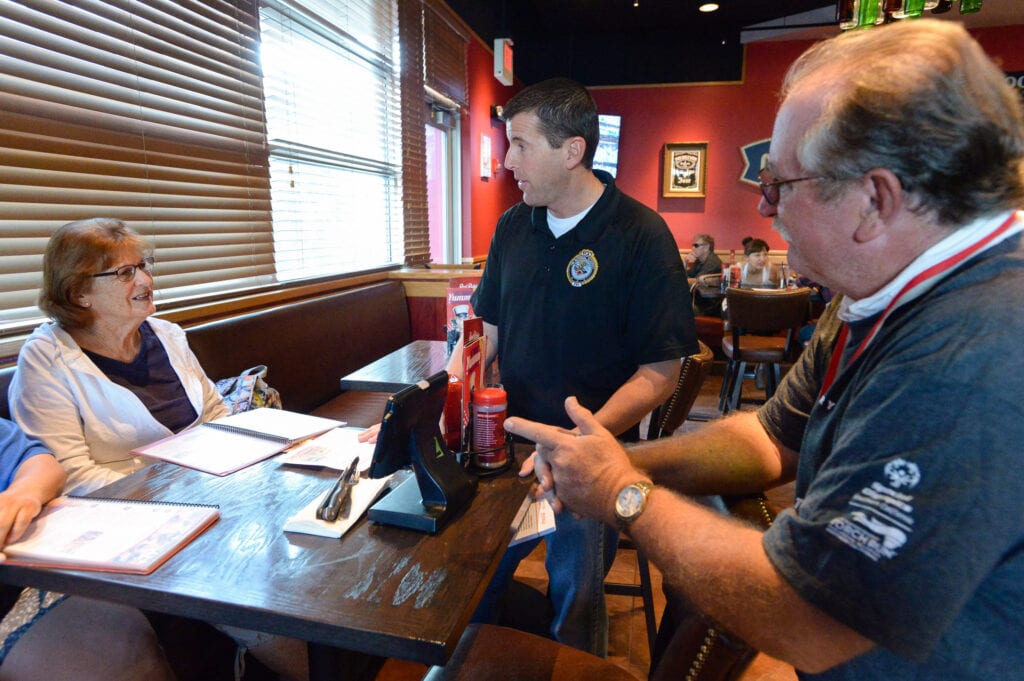 SHOWDOWN SET—Cmdr. Jim Fryhoff, center, at a tip-a-cop fundraiser in Thousand Oaks in 2017. The former Thousand Oaks police chief and 30-year department veteran filed paperwork Monday to form a committee to begin raising funds to run for sheriff of Ventura County. Sheriff Bill Ayub, Fryhoff’s boss, is seeking a second term. The two officers have spent most of their careers together. Acorn file photo

While sitting sheriffs have traditionally run unopposed in Ventura County, it appears Bill Ayub will face an opponent from within his own ranks.

For weeks, rumors have been circulating that Cmdr. Jim Fryhoff was contemplating a run for the office. On Monday, Fryhoff submitted candidate paperwork to the county.

Among the forms filed is one establishing a fundraising committee, allowing him to start collecting campaign contributions immediately.

Fryhoff, a 30-year veteran of the sheriff’s department, currently oversees the county’s jail system, having been removed as Thousand Oaks police chief suddenly and without a public explanation last month by Ayub, a 24-year veteran of VCSO.

At the time, Fryhoff told the Acorn the move was completely unexpected, but he stopped short of speculating about Ayub’s motivations in moving him after just 18 months on the job.

“I was shocked, blindsided by the decision. That’s all I can say now,” he told the Acorn in late June. “I’ll be talking things over with my family and may be making a decision of my own in the next few weeks.”

It appears that decision has been made.

Fryhoff still has not made a public announcement regarding his intent to run and attempts to reach him for comment following the filing have been unsuccessful. According to an outgoing message on his phone, the commander will be on vacation through July 26. 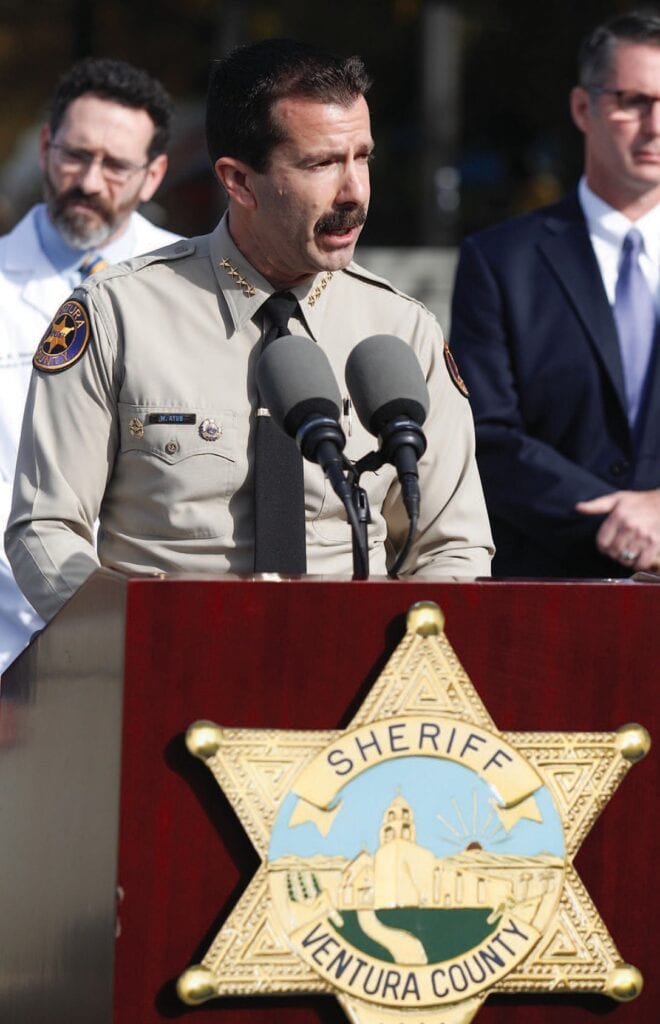 Ayub, who ran unopposed for his first term in 2018, has been with the department since 1997. He announced his intention to seek reelection on his personal Facebook page July 2.

“When I was elected sheriff of Ventura County three years ago, I committed to keeping Ventura County safe, and that is what I have worked tirelessly to do,” his campaign flyer says. “Crime rates are at historic lows and, today, our deputy sheriffs are better trained, better equipped and much better prepared to protect Ventura County than ever before, but we still have much work to do. That is why I am seeking reelection as your sheriff.”

In June, Ayub answered questions from the Acorn about whether retaliation for considering a run had anything to do with removing Fryhoff from his role as TOPD chief.

The sheriff implied he didn’t know Fryhoff intended to seek his seat.

“He hasn’t said anything to me,” Ayub said. “I haven’t seen any public declaration.”

Even if Fryhoff was interested in his seat, Ayub said, political blackmail would not be acceptable.

“That wouldn’t be a reason to transfer somebody,” the sheriff said. “I embrace the democratic process.”

Ayub stopped short of explaining why he moved Fryhoff to the jails.

“I think that would be getting into an area I shouldn’t discuss,” he said. “It wouldn’t be appropriate.”

Sheriff pressed over spike in crimeSnakes alive, this was a big oneRapid test kits arrive on campus