Once in a lifetime 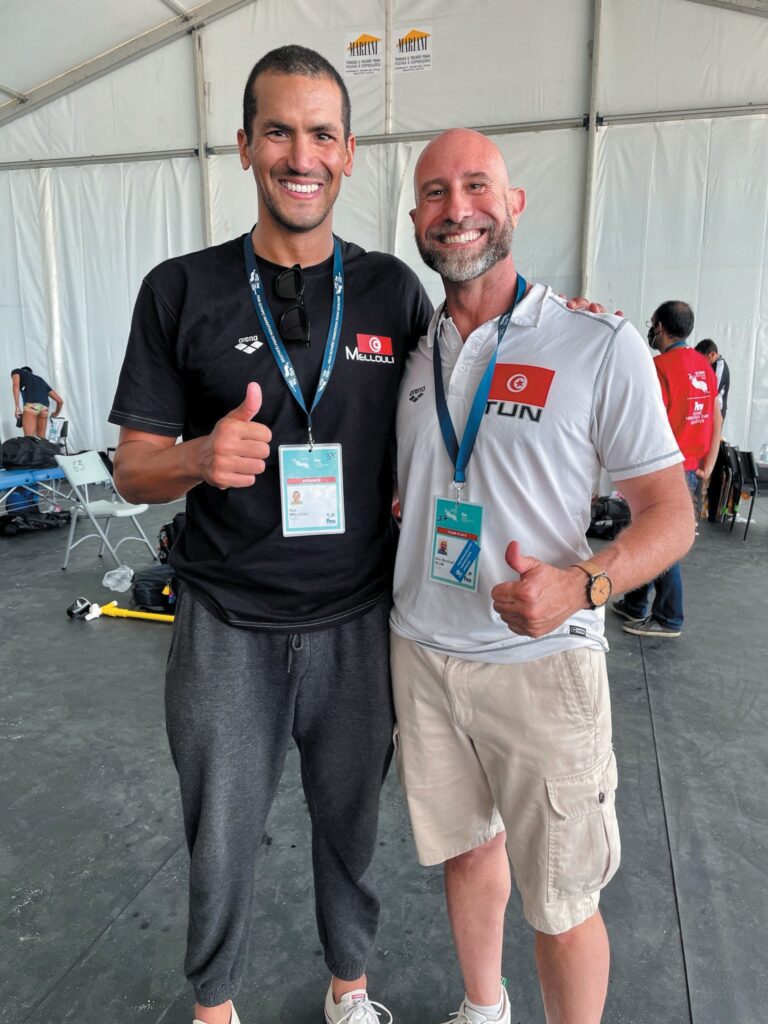 SIXTH SENSE—Ous Mellouli, left, and Eric Blum are bound for the Tokyo Olympics. Mellouli, a swimmer from Tunisia, qualified for his sixth Olympics. Blum is a sports chiropractor from Westlake. Photos courtesy of Eric Blum and Margo Sugarman

The Olympics, the greatest spectacle of athletics, amplify humanity’s yearning for a better world.

Three people with deep roots in the local community—Zach Penprase, Scott Blatt and Eric Blum—will make their Olympic debuts this summer in Tokyo.

“This is really what we all strive for. It’s a bucket list item to get here one day,” Blatt said.

Postponed in 2020 due to the ongoing COVID-19 pandemic, the Tokyo Games are scheduled to run from July 23 to Aug. 8.

Penprase retired from pro baseball in 2015. Four years later, the Moorpark High graduate and Camarillo resident picked up his ball and glove again. He became a dual citizen in Israel, and he helped the country’s burgeoning baseball team qualify for its first Olympics.

“Once I’m there, I’m looking forward to getting out there and competing where it feels like every game is Game 7 of the World Series,” Penprase said.

Blatt, a sports chiropractor and longtime athletic trainer at Westlake High, will oversee the on-site medical team at the mountain bike venue in Tokyo. There’s a possibility that Japanese officials will allow Blatt to extend his trip and assist BMX and skate events. 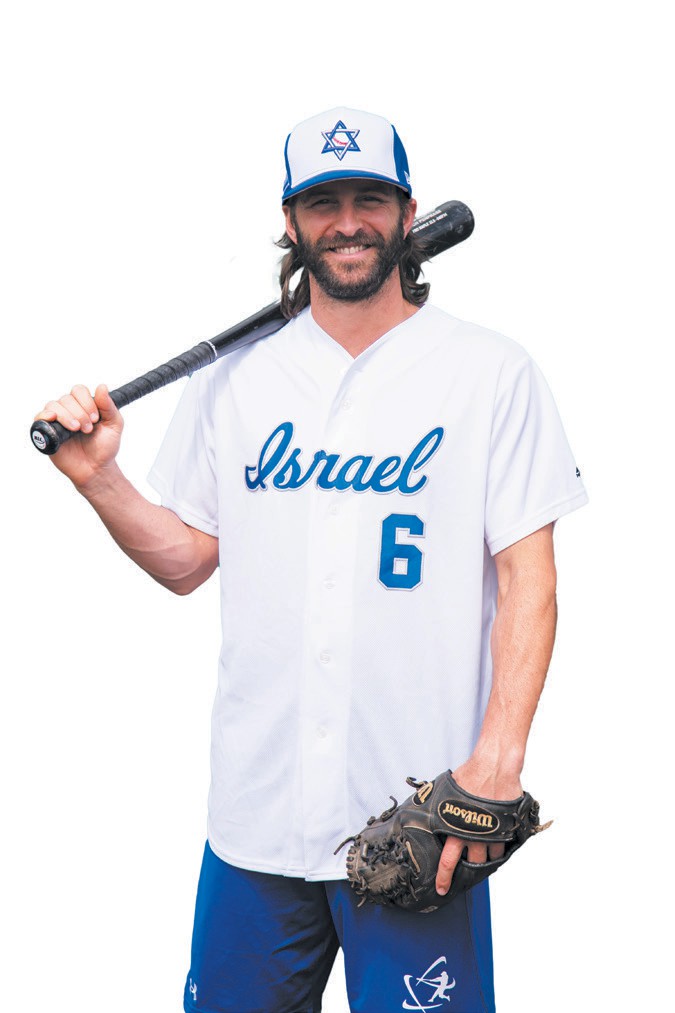 Blum, a sports physical therapist and chiropractor for Tunisian swimmer Ous Mellouli, played an instrumental role in Mellouli’s quest to qualify for his sixth Games. Mellouli, the only man from a predominantly Muslim country to win an Olympic gold medal in swimming, works and trains with Blum, a Jewish man who lives and works in the Conejo Valley.

“He’s a brother in a sense. He’s part of my family,” Blum said of Mellouli.

A simple game of catch between strangers can make all the difference.

“Sometimes I feel like we can create world peace if we play baseball once a week together among different communities,” Penprase said. “It’s amazing that sports can bring us together.” 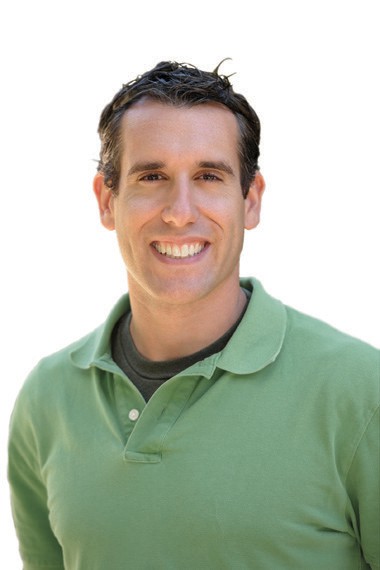 Penprase, 36, talked with the Acorn on the phone Tuesday before playing his ninth exhibition game in 11 days during Team Israel’s barnstorming East Coast tour. A truck backed up and hissed exhaust fumes while teammates chatted in the background. Penprase was understandably tired.

“Where are we?” he asked someone.

Israel, the top qualifier and champion of Europe, was preparing to play a seven-inning exhibition against the New York Police Department in the Long Island Ducks’ stadium. The team planned to fly to Tokyo the next day, on Wednesday.

For Penprase, his Olympic voyage began a long time ago.

Penprase’s great-grandfather Reuben Eliahu Israel was the last Chief Rabbi of Rhodes, an island in what is now Greece. Before the start of World War II, Israel’s family left Rhodes, then under Italian rule, for Los Angeles.

According to the U.S. Holocaust Memorial Museum, only 151 Jews from Rhodes, out of 2,000 Jews living on the island in 1944, survived the Holocaust. Six million Jews were murdered by the Nazis and their collaborators during the Holocaust.

Penprase and his wife, Sheena, visited Rhodes and its historic Sephardic synagogue, Kahal Shalom, during their honeymoon.

The former Musketeer, now in his 12th year overall as a pro baseball player, came out of retirement to help Israel win 17 of 21 games during 2019 qualifying tournaments in Bulgaria and Italy. During this run, he’s suited up at shortstop, third base, second base and left field. Israel, one of six teams in the Olympics, opens against South Korea on July 29 before squaring off against the U.S. the next day.

Penprase works locally as a private instructor, and he’s a mindset coach for Connected Performance.

His mom, Elaine, is his No. 1 fan. He spoke warmly of his wife and two daughters. His father, Rick, and brother, Tim Penprase, the district manager of the Los Angeles Dodgers Training Academy, have been part of Zach Penprase’s support network.

“We’ve been called the underdogs this whole time,” Penprase said of Team Israel. “We’re ready to upset the world.”

Blatt will not represent a country at the Olympics.

The 59-year-old Thousand Oaks resident soared into Tokyo to ensure the safety of every athlete on the mountain bike track.

Ninety percent of the work Blatt does in the Olympics focuses on planning and preparation before the race starts. He sent a detailed text at 2:57 p.m. Tuesday that read, in part: “In Tokyo. Very thorough and well-organized process getting through COVID compliance. . . . My first few days here in Tokyo will be training the local medical staff. (If) all goes well (the) race is the easy part.”

Blatt, who started volunteering at Westlake in 1993, has been the Warriors’ head athletic trainer since 1995. He’s been a team staff doctor for USA Beach Volleyball since 2010, and he was also a team doctor for the Association of Surfing Processionals for seven years.

For the past decade or so he’s worked on medical teams for various extreme sports circuits. Last month he ran the show behind the scenes at the UCI BMX World Cup in Bogota, Colombia.

Blatt runs Body Logic Sports Therapy in Westlake. He’s worked on six of seven continents multiple times, but he’s especially proud of his work as the founder of the nonprofit Conejo Concussion Institute, which helps educate athletes and coaches in contact sports about concussions.

He played baseball at Calabasas High, but by his senior year, his passions gravitated to skiing and snowboarding. He also rides mountain bikes three times a week. He’ll be right at home on the track at Tokyo.

“When you get to a world games or the Olympics, everybody steps things up. Being around athletes pushing themselves to that level and willing to take risks gets your juices flowing a little bit,” Blatt said.

Blum has worked with Los Angeles Dodgers and Rams players.

He’s treated hundreds of the world’s best athletes, including LPGA women’s golfer Danielle Kang, who drained birdies for Oak Park, Westlake and Pepperdine, and basketball point guard Jrue Holiday, a San Fernando Valley native who helped the Milwaukee Bucks win the NBA title on Tuesday. Kang and Holiday are both Olympians in this summer’s games.

The 47-year-old Blum has even worked at the World Series, in 2017 with the Dodgers, but he had never scaled the Olympics.

“I always said I wanted to get to the Olympics, one way or another,” Blum said. “To go to the Olympics as a medical provider, behind the scenes, it’s a dream come true. Swimming is a sport I love and a sport I know, and it’s what I’ve always wanted to do all my life.”

A standout swimmer at Granada Hills High, Blum injured his knee early in his freshman year at the University of Arizona. His passion for the sport never wavered.

Blum, the owner of Synergy in Westlake and a sports chiropractor for 22 years, started working with Olympic-caliber swimmers at USC in 2007. Blum and Mellouli connected just before the 2008 Beijing Games. Now they travel the world together for international meets and races.

“I do all the physio work. I also act as his coach. He gives me the workouts if I time him while he’s training. I give him nutrition advice and emotional support and mental support. That’s our relationship,” Blum said. “We’re great travel partners. We understand each other, and we get along. We’re there for business, but we still have fun.”

Mellouli will chase gold in Japan in the 10 kilometer open water race, which is roughly 6.2 miles in the ocean. The pride of Tunisia is the only swimmer in Olympics history to secure gold in pool and open water events.

Although Mellouli threatened to boycott these games over disputes with Tunisia’s swimming federation, Blum confirmed via text on Tuesday that Mellouli will swim in Japan. They’ll both hop on a plane this weekend.

“I have the luckiest job in the world,” Blum said.

A large caravan of local athletes, coaches, staff and medical personnel qualified for the Tokyo Olympics this summer, which run July 23 to Aug. 8. Meet the Acorn’s Olympic team: