On the road with ‘American Chopper’ 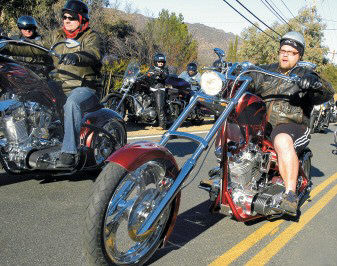 The father-and-sons team joined more than 100 motorcycle riders from the local area and from out of town in a ride from the Rock Store to the House of Blues on Sunset Boulevard, via Mulholland and Pacific Coast highways.

Waiting at the end of the ride was an “American Chopper” premiere party celebrating the show’s recent move from The Discovery Channel to The Learning Channel.

The first show features a chopper build-off between Paul Sr. and Paul Jr., the father and eldest son, who are often seen at odds with one another.