Local school districts made strides in 2013 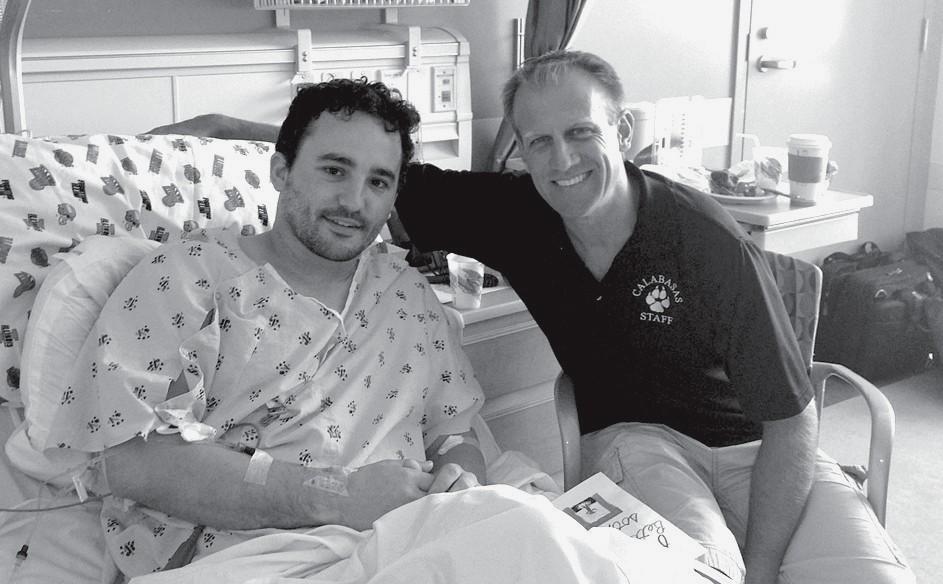 Major changes marked the field of education in 2013, and Las Virgenes and Oak Park unified school districts—like many across the nation—felt the impacts.

The year ushered in Common Core State Standards, which will replace STAR (Standardized Testing and Reporting) tests. The Common Core standards represent a huge shift in the way teachers teach, how students learn and how students and schools will be assessed.

During the past year, Las Virgenes and Oak Park unified school districts began preparing teachers and students for the tests, which will emphasize critical thinking skills over the multiple choice and rote memorization questions found in STAR testing.

Las Virgenes and Oak Park schools celebrated the end of STAR testing by landing in the top percentile statewide. Overall, Oak Park unified scored in the top 1 percent of districts statewide while Las Virgenes ranks in the top 2 percent.

Another game-changer in California education was triggered by Gov. Brown’s new Local Control Funding Formula that became state law following the passage of last year’s Proposition 30 school tax. Under the formula, each school district is funded according to the socioeconomic status of its students. Since Las Virgenes and Oak Park school districts do not have a significant number of needy students, school funding from the state is less than other districts. Local administrators weren’t entirely happy.

Throughout 2013, the local districts continued their focus on school safety. In Oak Park, the names of the school buildings were painted on rooftops in case of an emergency that required law enforcement to fly onto the campus. The district also implemented a new visitor identification system and installed security cameras.

In May, graffiti and a death threat were scrawled on several of Agoura High’s buildings. In the boys’ bathroom, five African American students were targeted by name, which prompted an investigation by the Malibu/Lost Hills Sheriff’s Station and its Hate Crime Task Force.

Calabasas High School had felt the impact of violence, but not on campus. Brian Ludmer, the technical director at the CHS Performing Arts Education Center, was among the victims shot at the LAX shooting spree in October.

Ludmer, 29, was leaving town to attend a friend’s wedding when he was shot in the leg by a 23-year-old with a semi-automatic assault rifle in Terminal 3 at the airport. A TSA officer was killed and six people, including Ludmer, were injured during the shooting spree.

When Gordon Whitehead and Dave Moorman, two longtime LVUSD Board of Education members, decided not to run for reelection in the fall, several residents entered the race to replace them. Incumbent Lesli Stein, and newcomers Angela Cutbill and Dallas Lawrence won the election.

Ellen Meloeny, known as “Miss Ellen” to students who have grown to respect the campus supervisor’s tough love approach at Oak Park schools for the past 17 years, was honored at her mid-February retirement. Meloeny had been diagnosed with a rare, aggressive form of breast cancer in 2010. She died soon after her fond farewell at the school.

Sam Levine, a 2009 Oak Park High School graduate and four-year basketball star with the Oak Park Eagles, died tragically in mid-March while vacationing in Cabo San Lucas, Mexico. Levine fell to his death from the sixth floor of his hotel room balcony. He was 22.

August brought the death of another Oak Park grad. Leeor Zakay, 24, died from what was described as an accidental drug overdose at his home on Aug. 10.

Oak Park public schools reached an all-time high in enrollment with 4,588 students attending its six campuses. The District of Choice program that allows students who do not live in Oak Park to attend schools in OPUSD has helped the school district add new students each year.

Superintendent Tony Knight said that the money generated by out-of-district students allowed the district to keep programs at optimum levels.

Several employees at Oak Park schools changed jobs in 2013. Stewart McGugan was named principal at Oak View High School, replacing longtime principal Lou Tabone. And Dave Nelson, one of the first teachers to join Oak Park High School when it opened in 1981, retired after 33 years at the school.

Nelson, the Advanced Placement chemistry and physics teacher, had many stories to tell about the school’s formation and how it had grown over the years.

“The small core of teachers that started OPHS began with very little in terms of facilities,” he said. “We were housed in a group of temporary classrooms on the land that is presently the district office.

“We were all in our early 30s, with energy and ambition to make OPHS the best,” Nelson recalled.

“Each of us taught four or five different classes each day and grew in skill and knowledge as our students, who started as freshmen, matriculated through the four years of high school. In my case, I had taught the same students for four years in a row and grew to love and respect their individuality,” he said.

Oak Park schools won several awards in robotics, environmental programs, nutrition and others. One award went to a group of six Oak Park High School students who competed with eight high school teams across the country in the air and climate portion of the Lexus Eco Challenge.

Their participation in the environmental competition yielded a $10,000 prize. The students used the money to install solar paneling at the Oak Park Library, which shares a campus with the high school.

Dave Nelson was the team adviser.

The drooping music program at Oak Park High School was reinvigorated this year when Zach Borquez was hired to lead the concert and jazz band classes at both the high school and middle school.