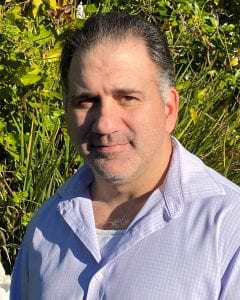 Lost Hills Sheriff’s deputies arrested the former manager of the  Lake Lindero Homeowners Association Feb. 12 for violating a temporary restraining order that required him to keep away from the HOA tennis and swim club at Thousand Oaks Boulevard and Lake Lindero Drive. Bail for the 45-year-old Chris Barone of Agoura Hills was set at $5,000, according to a sheriff’s report.

HOA officials earlier reported that Barone had removed more than $200,000 from the HOA bank account, but that the money has since been returned to its proper account.

The local Union Bank, where the money was taken from, and Chase Bank, where Barone allegedly set up his own, second account, reached an agreement in which the funds would be returned to the HOA’s Union Bank account, a statement from the association said.

Sandy Sandler of Westlake Village told The Acorn she was fired from her job at Union Bank because of the incident, saying she was told by Barone that the withdrawal was authorized when it was not.

“I was misled,” Sandler said.

When Barone returned to the club grounds at 5719 Lake Lindero Drive on Wednesday, he was arrested. He had earlier been fired by the HOA board of directors.

The HOA said White, a Lake Lindero resident who was fired in December as the association’s administrative assistant, returned to the club on Jan. 23 and demanded an employee hand over money from a cash drawer. When the employee declined the request, “White picked up the cash drawer containing the cash, left the shop carrying the drawer, swiftly walked to the parking lot and drove away,” the HOA said.