It’s important to know who has the right of way 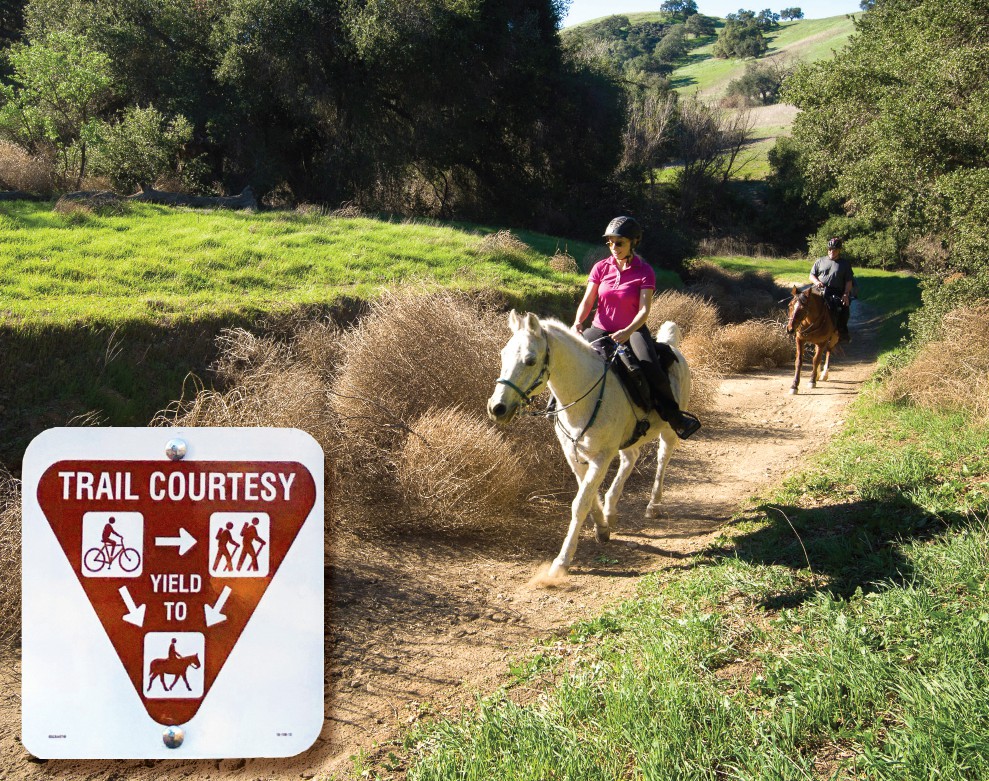 A jogger on Cheeseboro Canyon Trail comes around a curve and finds herself face-to-face with a cyclist. Someone has to make room, but who is supposed to yield?

In this case, the cyclist should move aside.

The National Park Service is embarking on an educational campaign to make sure bikers, hikers and equestrians who use the trails are aware of who gets the right of way.

Michael Yost, NPS law enforcement officer, said the campaign involves the placement of new signs at trailheads and public outreach from park rangers on the trails.

“We had some interns who didn’t even know (who yields to whom),” Yost said. “We figured if they don’t, we probably have other people who don’t know, so this is more of an education thing going on: ‘This is how things happen, this is trail etiquette.’”

It’s also a matter of safety, Yost said. Hiking trails are open to equestrians, cyclists and pedestrians, but in order to avoid injuries deep in the wilderness, open space users need to know how to share the road. 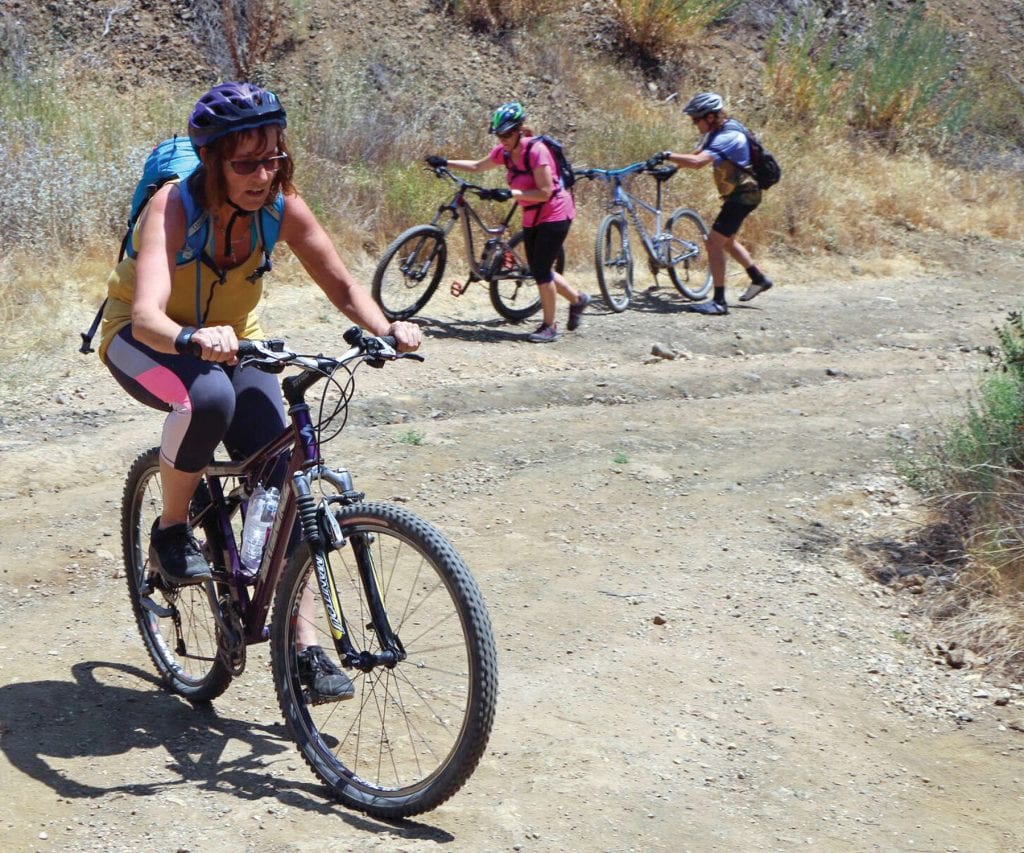 Rule number one: Both bikers and hikers must yield to equestrians.

“The horse is a 1,200-pound animal with a brain of its own,” Yost said. “That gets yielded to because they could perceive something in a different manner. They could see a bike, get spooked and think it’s going to attack them.

Cyclists are at the bottom of the totem pole. The park service considers a bike to be a vehicle, and vehicles yield to pedestrians.

Yost, who patrols the trails on horseback, said the goal is not to force users off the trail the minute they see him riding toward them. If there’s room, he said, he’ll move his horse aside when he spies a cyclist coming toward him in the distance.

“The biggest thing is communication— it isn’t that if you can see each other coming a quarter-mile down the road the bicyclist must stop until you pass. No. It’s communication,” Yost said.

“The trail etiquette is for those instances where you’re coming downhill and don’t see each other, you meet in this position where there’s no safe place to go except for on the trail, that’s when this etiquette takes over.”

In narrow areas where there is nowhere for a horse to move aside, it’s important that other trail users make space, he said.

The park service posts triangular signs at trailheads that spell out who yields to whom, but the signs are small and brown—easy to overlook. Additionally, many of them were destroyed in the Woolsey fire.

Yost said workers will be installing new, more brightly colored signs to attract visitors’ attention. Rangers will also patrol the trails and talk to visitors about who has the right of way.

Unlike the regular park ranger, Yost can write someone a ticket if he observes a hiker or biker violating the rules of the road. He said that’s unlikely though.

“Right now it’s more of an educational (focus), just talking to people,” Yost said. “Eventually you could get a violation. . . . It’s just a violation of code we have for trail etiquette. It’s a fineable amount, a misdemeanor.”

The educational campaign is slated to last one year. Yost said someone grossly ignoring the rules could get cited during that period, but right now officials just want to educate park visitors.

“It’s just about communication between everyone,” Yost said. “If (your) bike’s coming from behind, make sure you say, ‘on your left,’ ‘slow down,’ stuff like that.

“Kind and courteous communication will win the day every day.”