Bolts surge to the top of standings in new league 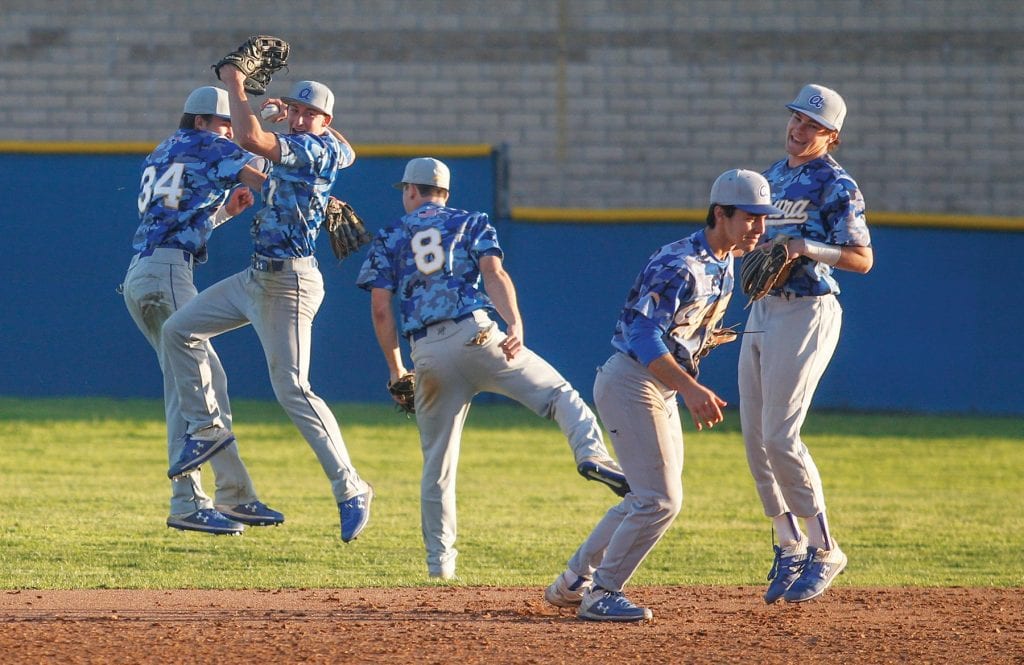 TURN IT UP LOUD—Agoura High baseball players celebrate an 8-5 win against Camarillo on March 8 on the road. The Chargers won their first five Coastal Canyon League games, their first in the new league. Photos by RICHARD GILLARD/Acorn Newspapers

Anthony Chevrier saw the cards he was dealt two years ago, and he went all in on the future.

That year, Chevrier told The Acorn that the young lineup was “going through the learning curve.”

Agoura took its lumps with the rag-tag group of rising stars, cobbling together a pair of sub-.500 Marmonte League records.

It was an uncharacteristic blip for the Chargers, who had claimed five straight Marmonte League titles from 2012 to 2016, but Chevrier’s bet on the Bolts’ future is paying off handsomely this spring.

“The guys bought into getting better every day,” Chevrier said. “It doesn’t surprise me that they’re starting to see success.” 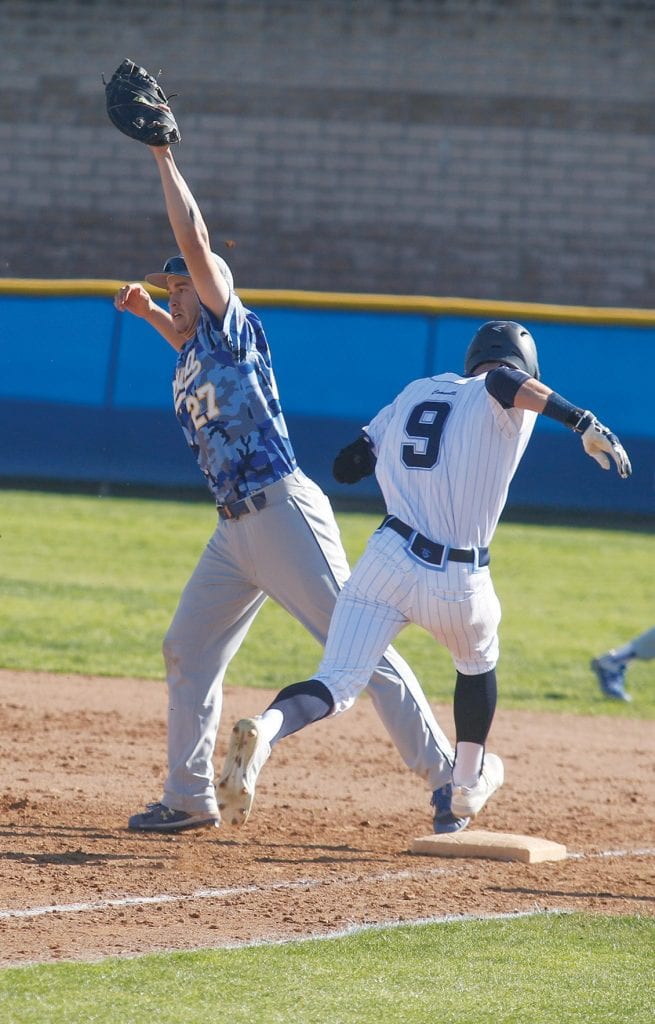 LOVE THE FONZ— Agoura first baseman Noah Winkler snags the ball for an out against Camarillo last weekend. Winkler, a senior who also catches, will continue playing baseball at Avila University in Missouri.

Agoura, which features 14 seniors on a 16-player roster, entered the week 8-3 overall, including 5-0 in its first season in the Coastal Canyon League.

“Now that we’re all seniors, this is the best we can be right now, and we keep striving to play better,” said Suval, a center fielder and pitcher.

“Hopefully we can keep it rolling,” Justus, the team’s starting catcher, said. “We’re not ready to peak yet.”

Agoura played host to Simi Valley on Wednesday, but a score was unavailable at press time.

The Chargers know the season is still young.

“We’re not comfortable yet,” said Biageyian, a fourth-year varsity shortstop. “The goal is to win league and CIF. We’re not satisfied until we get there.”

Agoura, ranked No. 3 in the latest CIF-Southern Section Division 2 poll, is loaded with enough college-bound talent to batter the Baltimore Orioles.

Suval, who is 4-0 with 49 strikeouts and 10 walks in 28 innings of work, will play baseball and study political science at Cal State Northridge. 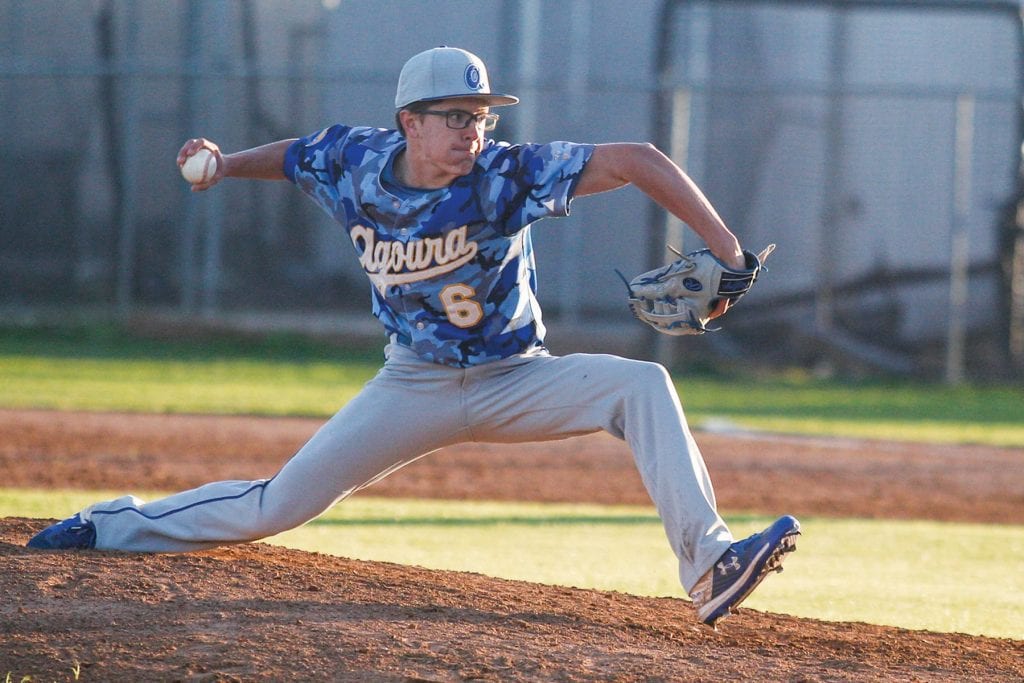 Justus, a member of the Fellowship of Christian Athletes, is heading to San Jose State, where he’ll study kinesiology.

Ben Lake, a 6-foot-3 senior pitcher who starts at first base, will study engineering and play baseball at Cal. The honors student sports a 4.2 GPA.

Noah Winkler, a senior who can play first base and catcher, committed to Avila University in Missouri, an NAIA school.

Chevrier said Seyler, the starting second baseman; Della Ripa, a football standout who starts in left field; and Biageyian also have the talent to play at the next level.

“If we can keep getting better, we’ll continue to win,” Lake said.

Ben Cohen, a senior, and Aedan Cunningham, the only junior on the roster, have also pitched well this spring.

Nick Hawkins, the only sophomore on the team, pitches and starts at the hot corner.

“It’s a good solid group we’ve invested a lot of time in,” Chevrier said. “They’re starting to see the hard work pay off for them.

“As long as our effort and attitude is good and our focus is fierce, I would think more good would happen than bad.”

Agoura travels to Simi Valley at 3:30 p.m. Friday to close out the season series with the Pioneers.

“We’re not looking to take anything for granted,” Justus said. “We don’t want to look back on this opportunity and say what we could have done. We’re looking to leave it all out on the field.”