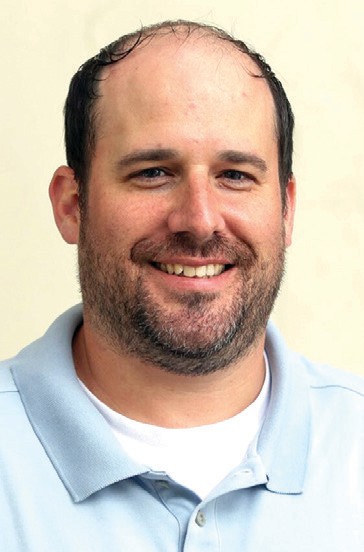 As a stepparent with no biological child and no plans to have one, it’s unlikely I’ll ever get to experience the magic of bringing life into this world.

No holding a tiny little “me.” No Instagram photo lighting up an “It’s A Boy!” or “It’s A Girl!” cigar. No Facebook post about how it was the greatest day of my life. Definitely no TikTok gender reveal.

For stepmoms and stepdads, the first time we meet our kids isn’t at a hospital bedside. It’s inside a living room, a front yard, a driveway, maybe at a park or a church or a restaurant. These meetings are more parts awkward than awesome, mundane than miraculous. And yet, as with child birth, they change your life forever.

I met the girl who would be my stepdaughter outside a TGI Friday’s in the west San Fernando Valley. Seriously.

Her mother, now my wife, and I would have preferred a more formal introduction. Instead, we had to meet up for some reason (knowing me, I’d probably left something behind that she was returning) and so TGIF’s was the impromptu spot.

I was 25 at the time and had almost zero experience around small children. My only sibling, my sister, Emily, is three years older, so I didn’t really know what to say when I came face-to-face with the fair-skinned, blond-haired little girl in a blue bonnet staring at me through the half-open window of an SUV.

Kylie—yes, Kylie—was 3, and I can still remember the strained look of curiosity on her tiny face. No grin. No hello. Not even a wave. Just a look that said plainly: “Who is this guy?”

I felt a similar sentiment as I watched that same face, this time with a beaming smile, cross the stage June 10 to receive her diploma along with nearly 500 classmates at Agoura High School’s commencement ceremony.

Who is this guy? I wondered reflexively from my white folding chair on the football field. “Who is this guy who is now the parent of a high school graduate? Where did the time go?”

It seemed like just yesterday I was swinging her around by her tiny arms singing “Here Comes Peter Cottontail” while her mom painted Easter eggs and then ran to the store at the last minute to pick up carrots to leave in trade. (I’d be the one to chew on them so as to complete the ruse—and I hate carrots.)

Longtime Las Virgenes school board trustee Angela Cutbill said it perfectly at last Thursday’s ceremony when she suggested that all parents keep two books: a book of their child’s “firsts”—their first words, their first missing tooth, their first Christmas—but also a book of “lasts”: the last time you picked them up and carried them, the last time you helped them with their homework, their last dance recital, game or theater performance.

Since I wasn’t around for a lot of Kylie’s firsts, the idea of those “lasts” struck me the hardest.

If you’re wondering, I kept it together for much of the ceremony (not counting the choir’s rendition of Stevie Nicks’ “Landslide”), but when I wasn’t thinking about how proud I was of Kylie, I thought a lot about what it meant to be a stepparent on graduation day.

Being a stepparent of a child when the biological mom or dad is in the picture means that no matter how hard you try, no matter what you do, you’ll always be No. 3. That’s the top prize. Bronze. A spot on the podium.

At dance recitals and school functions you’re third in line—or fourth or fifth if there are grandparents involved—for all photos and hugs (if you get one at all). You’re often the first person to face a crushing slight (“you’ll never be my real dad”) and the last to get an apology.

But you keep trying. Because you know it’s not about you.

I think all “bonus-parents” (I like that term), desire to bring something to the table, to make a positive difference in their child’s life. For me it was sharing my passion for reading and writing, for history and sports, and for our national parks. Only the latter really stuck.

I know sometimes I pushed too hard, was too tough when it came to school because I felt an immense burden to prove I’d been not just a good stepdad but a great stepdad, like it was some kind of contest.

It wasn’t, and yet last Thursday’s perfect ceremony under a cloudless sky and the backdrop of Ladyface Mountain was the ultimate reward. To see all these promising young adults—many I’d known since they were crafting science fair projects at Sumac Elementary—and know my daughter was among them brought me immense pride.

For that special moment in time, I didn’t feel like a stepdad anymore, just Dad.

And it was magical.

Jorrey is the editor of the Thousand Oaks Acorn and a former resident of Agoura Hills. He now lives in Thousand Oaks with his wife, Jenny, their daughter and their two dogs.