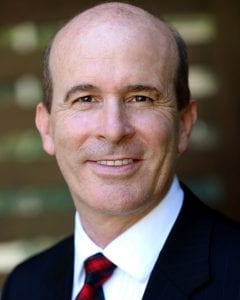 Mayor Alicia Weintraub made the announcement at a digital town hall meeting. The council met prior to the public meeting to review Lysik’s job performance for the final time and to seal his fate. The resignation was accepted by Weintraub and council members Mary Sue Maurer and James Bozajian. Councilmembers Fred Gaines and David Shapiro, longtime Gary Lysik supporters, protested the move.

Weintraub said a replacement search would get underway immediately and, that in the meantime, Robert Yalda, head of the city’s public works department, would take over as city manager. Yalda previously held the city’s top post after Tony Coroalles retired in summer 2018 following 15 years on the job.

The first closed-door meeting about Lysik’s performance came in early April after he published a blog post on the city’s website that was seen as making light of domestic abuse during the pandemic.

In the post, Lysik noted that deputies from Lost Hills Sheriff’s Station had responded to several reports of domestic strife within the city, which he attributed to the ongoing stress of isolation and social distancing during the coronavirus lockdown.

“Understandably, we’re all battling frayed nerves, so here are some ways you might be able to eliminate at least a portion of the tension,” the former city manager wrote. “Ladies, go ahead and just let him have the remote. It will be yours again as soon as the stay put orders are lifted. Guys, don’t be pigs. Pick up after yourself and place the toilet seat down. Yes, I’m chuckling.”

Bozajian and Maurer, along with staffers at city hall and several Calabasas residents, said they were upset by the irreverent tone of the post, which was quickly taken down.

Weintraub said the post did not reflect the opinions of the City Council.

Lysik’s blog was later discovered to be published using a service called City News Alerts, a company registered to Karen Lysik, the city manager’s wife. It’s unclear if Lysik used city funds to pay his wife for the services rendered, or why the city’s own web service was not used instead.

Gaines, a longtime supporter of Lysik, said the former city manager was a “big part of the success of the city of Calabasas over the last 15 years.

“He is a true expert in municipal finance, and I, for one, will miss his advice and counsel,” Gaines said.

In March he became the target of a complaint brought against him by Community Services Director Jeff Rubin, who alleged that Lysik, along with City Council member David Shapiro, created a hostile work environment after Rubin reported instances in which he believed the city had violated state and local laws.

An anonymous letter circulated by a high-level city employee in 2019 detailed numerous allegations about misuse of city funds.

Among the issues voiced in the letter was the ongoing employment of Deborah Steller, the city’s media, library and information services director, who collected her more than $200,000 annual salary for a period of 14 months after she left the city of Calabasas and moved to Petaluma, Calif., more than 400 miles away. The city was remiss in not replacing Steller sooner and continuing to pay her a full salary while she worked remotely, the letter said.

Rubin and other city officials, including several City Council members, also voiced concern about a $50,000 holiday party put on by the city in January 2019. Lysik planned the event and hired his wife and sister-in-law to help execute the evening, even paying them with city funds. The party, which was held at Calamigos Ranch just months after the Woolsey fire, was budgeted for a quarter of what the city ended up paying.

During Lysik’s tenure as chief executive the city leadership also came under fire for spending $35,000 on a promotional night at Dodger Stadium.

The complaints didn’t stop there.

Lysik was criticized for hiring his son to work in various positions at city hall without having proper experience. While Calabasas carries no laws against nepotism, the younger Lysik was given a $60,000 contract job to work in the city’s finance department—a position for which he reportedly was not qualified, and for which he was chosen over other employees who had been with the city longer. His father was alleged to have given him the full-time position as a means to circumvent a state law regarding contract employees, despite the city being on a hiring freeze at the time.

The elder Lysik worked for the city for 17 years. He was the Calabasas chief financial officer for 15 years and city manager for two years. He said he was resigning for personal reasons.

“As I step away from public life in Calabasas to take this time with my family, I will miss my work here, but will do so wishing the city the best in the coming years,” Lysik said in a statement.

He said he was proud to have led the city through the great recession and that he had helped it achieve the highest bond rating for municipalities. A statement by the city said Lysik’s financing efforts saved “millions of dollars” during construction of a new city hall, library and senior center over the past two decades.

“Calabasas financial stability and positioning has matured over the past two decades, and I’m very proud to have helped guide that growth,” he said.