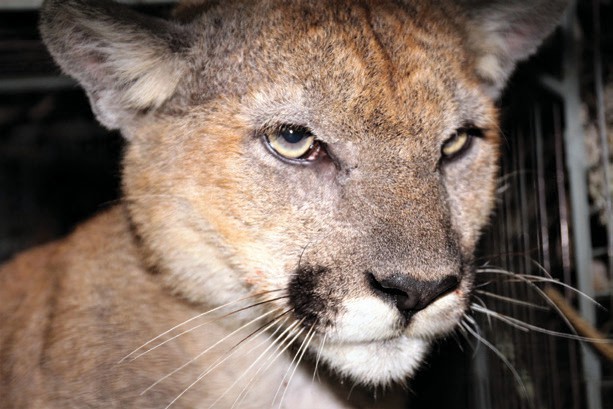 A mountain lion known by researchers to be born during the Santa Monica Mountains’ famed “Summer of Kittens” two years ago died on the 101 Freeway the morning of July 18.

The body of a 2-year-old male cougar identified by the National Park Service as P-89 was found along the southbound shoulder of the highway between DeSoto and Winnetka avenues in Woodland Hills. Authorities say the animal had been hit by a vehicle around 2 a.m.

“He is the (fourth) lion in our study to die from road mortality this year alone,” park service officials announced in a social media post. “Earlier this year, he had recently dispersed from his mother, P-65.”

P-89 was captured late last year and a photo released at the time showed it to be suffering from mange, a disease sometimes attributable to the consumption of rodent poison. The spot where P-89 died is about 11 miles east of a wildlife crossing over the 101 that recently broke ground.

Los Angeles and Mumbai, in India, are the only two mega-cities in the world that have big cats living within city limits, the park service says. While quality open space is cited as the best support system for the threatened animals, the freeways that cut through their protected habitat can be an impediment to safe mobility and lead to inbreeding due to limited mating opportunities.

For two decades, the National Park Service has been studying mountain lion survival in Southern California’s increasingly fragmented and urbanized landscape. P-89 is among nearly 100 mountain lions that researchers have monitored in and around the park service’s Santa Monica Mountains National Recreation Area using GPS radio collars that gather information about their ecology and behavior.

A plan to help the animals cross the local freeway and reap the full benefit of their protected habitat took a giant step forward earlier this year with groundbreaking at the Wallis Annenberg Wildlife Crossing in Agoura Hills. Made possible by a $25-million donation from its namesake philanthropist, the crossing at Liberty Canyon—a first in California—is set to open in 2025 and will connect the wildlife corridors to the north and south of the highway.

The hope is that mountain lions and other animals will use the land bridge and avoid the freeway that sees up to 300,000 vehicles zooming by each day.

But the environment they live in is treacherous.

Researchers have monitored about 100 cougars in the Santa Monica Mountains north of Los Angeles since the studying began in 2002. P-89 is the 25th to be killed by a vehicle strike.